Veda And Architecture In A Viswakarma Family 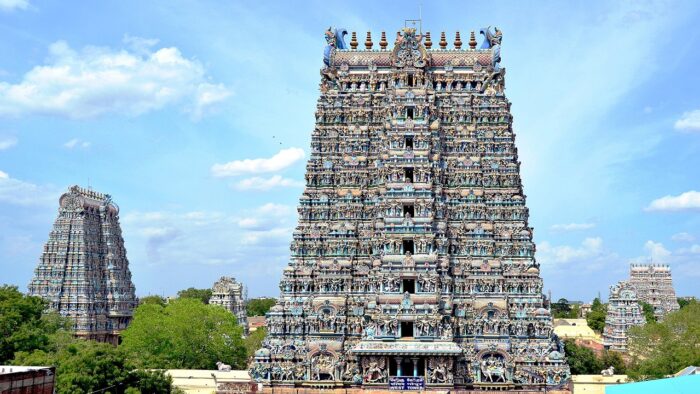 I hail from a family of Vedic and Silpa Sastra scholars and temple architects, so I was fortunate to hear and learn the Veda mantras since my childhood. My father taught me the Vedas and Silpa Sastras in interesting ways and helped me understand the supremacy of the Vedas in every branch of the knowledge system in our country.

While prescribing the qualification of a Visvakarma hereditary architect – Sthapati, Silpa Sastras emphasises the knowledge of Vedas.

While prescribing the qualification of a Visvakarma hereditary architect – Sthapati, Silpa Sastras emphasise the knowledge of Vedas.

वेदविद् means, Knowledge of the Veda, being conversant with the Veda, knowing the Veda, etc. But the meaning is more profound and it leads us to enter the wonderful world of sacred and spiritual architecture. Ananda Coomaraswamy says that “if we consider such an architectural treatise as the Manasara, we find in the first place clear evidence of a direct dependence upon Vedic sources.” The direct dependence provided unique experiences to the great architects of yesteryears, assisted in creating and achieving the intended spiritual experiences for the people who will visit for thousands of years to come. In the words of Sri Aurobindo, “The more ancient sculptural art of India embodies in visible form what the Upanishads threw out into inspired thought……. The sculpture, like architecture, springs from spiritual realization, and what it creates and expresses at its greatest is the spirit in form, the soul in the body.” The extended foundation and well-beaten roads, which were instituted by our ancestors by emphasising the Vedas, have given me foresight to understand and interpret the Silpa Sastras in right perception.

The Viswakarma suktas of the Rig Veda are revered as sources of divine inspiration, direct revelation, and the vigorous power of creation and expression. For my family, these two suktas are the rays of illumination and perennial impulse. In the second verse (X.81.2), “what was the basis or primal matter (adhishtaanam)?” What was the material (Arambhana)? How was it done? How did the Creator of all things (Viswakarmaa) fashion the Earth and shape the glory (mahina) of the Heavens beholding all (Vishvachakshaah)? The Mantras reveals the process of creation in earth.

In the Vedas, the divine creation is called as silpa and gives various synonyms such as:

The extensive analyses of the above ancient words facilitate us to understand what Silpa is and to understand its philosophical and religious implications. The greatness and continuity of Indian architecture lives in its aim as expressed in the above words. The aim of Indian artist has always been to represent the most essential characteristics of the inner spiritual manifestation of the object he wishes to represent in art. Further according to Sri Aurobindo, “to him (Indian artist) aesthetic suggestion is secondary to spiritual realization; form is but a vehicle for spiritual emotion; it passes not from technique to idea, but to technique from idea.” According to Indian system, the appeal of the Indian art is not to eye and to the mind through the eye, but to the soul through the eye and the mind.  Indian art has never been content with the minor realities of sensation and major realities of emotion but has striven to find the supreme realities of the spirit.

The Silpa sastras, an upa-veda, the texts on Architecture, Iconography and Painting, were written by the Rishis who were experimented and experienced and codified their process of soul realization by means of Silpa. In ancient India, thousands of Silpa Sastras extensively dealt with a range of subjects like town planning, irrigation system, palaces and Temples etc. Now, only a limited number of sastras, say about thirty texts are available. Silpavidya Rahasyopanishad, a revered text of Viswakarma community says that, “spirituality is the secret of Art, Silpa becomes a sacrifice, and the philosophical proposition becomes architecture”. There is one question that may arise, how to approach Indian art. The Viswakarmas adopted a unique system, ”soul realization is the method of creation and soul realization must be the way of our response and understanding”. For Viswakarmas, doing architecture is means to attain self-realization.

Now we have to analyse an important word “measure” māna. The fundamental aspect of architecture is measurement and the word “māna” is significantly repeated in the Silpa texts. They adopted the conceptual ideas from the Vedas. Silpa texts proclaimed that “Vishnu is stated to be the God of both yardstick and the measuring rod.” Rig Veda (I.154.1) says that ” Vishnu measured not only the earth but measured the terrestrial space: Vishnu measured out the terrestrial space and made fast abode on high.”

Similarly, a host of Veda mantras hails the act of measuring as sacred and architects have been doing the same act with insight gifted by the Gods. (Rig Veda III.38.3 and V.85.5). The act of measuring each and every element of the temple is considered as a direct awareness of infinity, which century after century has been reverently adopted by our ancestors.

Brahmiya citra karma sāstra says that everything to be measured,

So, it is quite natural that several words arise, like, māna, pramāna, parimāna, unmāna, upamāna, mānonmāna, mānayogi and pratimā etc. All the words have vibrant-nature and guide the architects in the rightful way. The word “Pratimā, is mentioned in the Rig Veda as the “likeness of all things” (visvasya pratimānam RV.II.12.9). The Silpa texts indicate the meaning, such as the “counter-measure” of the deity, to whom the Viswakarman made his dhyana. For this reason, every mantra of Silpa Sastra is not considered a description for constructing the temple but called as dhyana mantras.

Traditional art is driven by a creativity that combines heavenly inspiration with ethnic genius. Also, tradition is never restricted to expressing mental visuals. Now, it is more important to study the spirit of the ancients through their temple architecture and Vedic studies than to analyze their “means of construction”. Indian architecture will never be a mere construction; it is an inspiration, prophecy, and revelation of spirit.

Like my ancestors, my consciousness is always fixed with Vedas, which is alone capable of making me a true Viswakarman to build temples for the Gods.

Hereditary Architect and Sculptor Director, Institute of Sacred Architecture Kumbakonam-612001 K.P.Umapathy Acharya did Post graduation in Public Administration, but there was never any doubt inRead more