A Survey Of Hindu Indigenous Concepts Of Psychological Embodiment 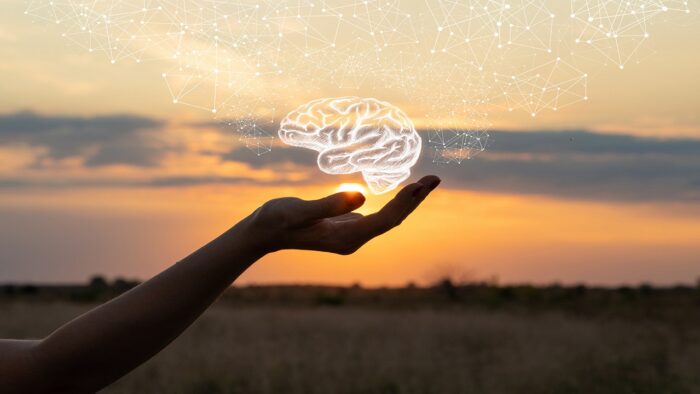 “My heart sank upon hearing about his death”, “what you said went right above my head!”, “I held my breath as he was kneeling down to propose”. These are just some of the expressions we use in our daily lives when expressing how we feel. There are no emotion words in these expressions, but the message comes across quite well. The sadness, the confusion, or the excitement is evident in how one’s body is described in these contexts.

It is this phenomenon that researchers in contemporary or modern Psychology are referring to as “embodiment”. The American Psychological Association (APA) defines embodiment as “the thesis that the human mind is largely determined by the structures of the human body (morphology, sensory and motor systems) and its interactions with the physical environment” [1]. A close term, “embodied cognition” was coined to move away from the brain as the only seat of cognition, to include the physical body too. Embodied Cognition now has recognition as a field of its own standing [2].

Embodiment has been demonstrated empirically. A study by J. Michalak et al. (2014) found that depressed participants who sat in a slumped position recalled more negative words than those who sat upright [3]. A 2008 study found higher levels of anticipatory anxiety in healthy participants while standing v/s when supine when completing a mental arithmetic task [4].

Our emotions are embodied. Using a topographical self-report tool, Nummenmaa et al. (2013) found distinct differentiation in how emotions are experienced in the body. For example, depression was found to show decreased activity in almost the entire body, and happiness was found to be experienced again in almost the entire body but with increased activity. Envy was almost exclusively experienced in the head region [5]. Similar maps were revealed for adult sexuality [6], and in child development [7].

Körner et al (2015) delineate 3 processes for how embodiment happens: (a) Direct state induction (altering one’s thought, feeling, information processing) , (b) Modal priming (readiness of specific information to come to mind), and (c) Simulation (stimulus triggering a reenactment of previous experience within the individual) [8]. Simulation, it is said, could be the process behind embodied cognition [9].

In this paper, we aim to inspire applications of embodiment and draw parallels with similar concepts in text and practise in the Hindu knowledge system.

Mental disorders are being studied from an embodiment perspective. Fuchs & Schlimme (2009) take a phenomenological embodied view of psychopathology, and propose describing schizophrenia as a ‘disembodiment’. This constitutes losing an embodied contact with the world, and with oneself, leading to disturbances in perception and attunement to others. Also, melancholic depression according to the authors can be viewed as ‘hyperembodiment’. They say that the depressed person is restricted in the body, unable to transcend it, and hence unable to attune with others [10].

Gjelsvik et al. (2018) help us in understanding depression better. Apart from the cognitive model of depression, in which the content of thinking patterns were held responsible for the disorder, the authors highlight that simulation involves Enactment/Re-enactment Networks (ERNs) of action, bodily states, feeling, and cognition. Some ERNs are evolutionary, while others are learnt in the current life experiences of the individual. The authors reviewed evidence wherein depressed individuals with a history of suicidality tend to activate an ERNs which resulted in significantly poorer problem solving and significantly lesser fluency of generating positive future possibilities (vs. individuals with depression but without a history of suicidality and individuals without depression) when depressed mood was induced in all participants. They go on to say that abstraction is used as a way to avoid disturbing emotion, which then backfires by maintaining the emotional disorder [9]. The last finding helps us understand that embodiment of emotion, and not avoidance of it, is needed for healing.

Psychotherapy is defined as “any psychological service provided by a trained professional that primarily uses forms of communication and interaction to assess, diagnose, and treat dysfunctional emotional reactions, ways of thinking, and behavior patterns.” [1] Selvam, developer of Integral Somatic Psychology (a complementary psychotherapy modality that facilitates emotional embodiment), says that, “emotions are at the core of the work in most psychotherapeutic approaches.” [11]

While this has been common knowledge, embodiment of emotions in psychotherapy is a recent focus. Psychotherapy with individuals suffering from depression and schizophrenia are looked at again, when body-based approaches which utilize the embodiment perspective in their theoretical underpinnings are used in psychotherapy sessions.

Coming to psychotherapy for schizophrenia, research has focused on reducing what are called negative symptoms. These include diminished emotional expression or avolition (reduced drive to engage in goal-directed behaviour) [15]. Promising results were reported in randomized controlled trial studies, which demonstrated that body-based psychotherapy was shown to be significantly effective to lessen negative symptoms of schizophrenia [16, 17].

There are several examples in Saṃskṛta Sāhitya showcasing the embodiment of emotions. The following is only meant to be indicative and meant to pique the interest of researchers interested in this field.

It is already well known that Bharatamuni in the sixth and seventh chapters of his Nāṭyaśāstra has discussed the popular range of emotions and their associated concepts and bodily behaviours possible in human beings in the form of Rasa[1].

The crux of the theory of Rasa is:

Rasa (sentiment), according to Bharatamuni, is of eight types. The associated Durable Psychological States (sthāyibhāva), when in conjunction with Consequents (anubhāva)[2] and Complementary Psychological States (vyabhicāri-bhāva), leads to the experience of Rasa. Each rasa and its associated Sthāyibhāva and Anubhāva are shown summarily in a representational table below:

“Conversing together with a choking voice,with hairs standing on end, and with tears flowing, they purify their families as well as the earth.” (Bhakti Sutras Of Narada And Sandilya Sutram, 1917, 26)

There are several instances of how emotions are expressed in the Valmikiramayana. Here is a non-exhaustive small list:

“Alas! Rāma! Hearing that Sītā, Rāma and Lakṣmaṇa had crossed River Gaṅgā, the people with their faces filled with tears sighed, “Oh, fie upon us! And cried aloud, “Alas, Rāma!”[5]

“Sītā saw the illusory head and bow. She heard Rāvaṇa narrating about Rāma’s friendly relationship with Sugrīva, as earlier apprised by Hanumān. Recognizing that head as that of Rāma, with a proof resembling her husband’s eyes, facial complexion, hair, expanse of his forehead and the beautiful jewel worn on the top of his head, she was very much afflicted with sorrow, cried like an osprey and abused Kaikeyi who was the originator of the present calamity (as follows)…[6]”

“Brāhmaṇa -sages and celestial sages, stationed in the interior of the sky cried in a loud voices, saying “No farther, no farther” and making a noise “Ah,Oh,Alas![7]”

“Speaking as aforesaid, Rāma with his eyes made larger by anger and wielding a bow with his hand, became dreadful to look at, as a blazing fire at the end of the world.[8]”

“Āsana gives steadiness [to the body and mind] by reducing Rajas which causes the unsteadiness in body and mind. It has also been stated that ‘By [practice of] Āsana, Rajas is destroyed. Ārogya refers to the absence of disease which distracts the mind. In the Sutra-s of Patanjali disease is stated as a cause of distraction of the mind -‘Illness, debility, doubt, inadvertence, sloth, sensuality, delusion, stagnation and instability – these mental distractions are impediments” – Yogasūtra 1.30, Lightness of limb is also achieved by Āsana. By this, the capacity of Āsana to reduce Tamas, which causes heaviness in the limbs, is implied. By using the word ‘ca’ other benefits of Āsana-s such as increased appetite should also be understood.” (The Haṭhayogapradīpikā, Jyotsnayuta, 2016, 85)

Details shared on rasa and bhāva-s show how some of these anubhāvas and sāttvikabhāvas are observed in real world patients suffering because of incomplete expression and/or embodiment of emotions. Parallels can be drawn between research on embodiment of emotions and the anubhāvas associated with respective rasa and sthāyībhāvas. Depression was shown to manifest as decreased activity in the body [5] and slumped posture [12], and its close equivalent शोक (sorrow) is shown to be characterized by drooping limbs. The commentary of Brāhmaṇanda to the Haṭhayogapradīpikā clearly states that āsanas give aṅgalaghutva (lightness of limbs). This implies that the unhealthy individual does not have aṅgalaghutva. Hence, the heaviness of limbs which is indicated by slumped posture and drooping limbs in those affected by śoka.

In a similar vein, love was shown as an activation in the head, chest, and abdominal region [5], and रति (love) as including clever movement of eyes, eyebrows, glances; soft and delicate movement of limbs; and sweet words. Disgust is shown as increased activation in the throat [5], and जुगुप्सा (disgust) includes narrowing down of the mouth, vomiting and spitting.

Current research in psychology studies has been focused on individual unconnected theoretical perspectives from different fields of human activity. But this paper has currently cited how Dance Movement Therapy (DMT) can reduce depression in patients and also how yoga, through āsana, can reduce the impact of suffering of different kinds. The bodily movements in yogāsanas are observed in their dynamic form accompanied by laya and tāla in Nāṭya. Based on real world experience with individuals suffering from different bodily experiences due to traumatic past, it is the authors’ opinion that yogāsana and Nāṭya, if not in equal methods, eventually lead to healing. Moreover, the authors also suggest that even by being the audience of any Nāṭyapradarśana there is healing because of empathy.[10]

The authors here have tried to showcase how embodiment is an important concept that has already been covered in several texts from Indic literature. This paper is meant to pique the interest of those trained in Western approaches to psychology to consider Indic literature as an ocean of never ending supply of wisdom.

[1] Rasa cannot be translated to “emotion” because it is “regarded as extraordinary or unworldly; the pleasure which accompanies it as transcendental.” (Chaudhury, 1965, 145)

[2] These are bodily changes observed by others. Can be equivalent to body language.

[4] This has no English equivalent translation. This may be understood as the bodily changes felt by the individual experiencing the emotion.

[10] This has been covered in traditional texts discussing rasa.

Conference on Hinduism and Modern Psychology