Are All Women Devi as per Shakta Dharma? 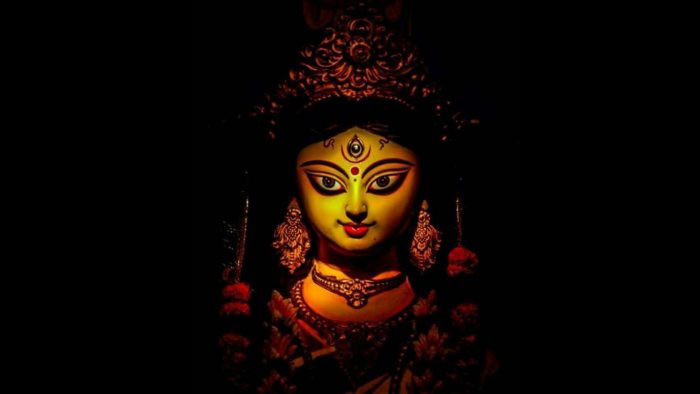 After every single discomforting news of a rape, our collective anguish gets further exacerbated when we are subjected to a cocktail of bad logic and righteous indignation – partially an attempt to make it a matter of cultural guilt and partly due to misreading of texts –  where it is asked how can such heinous crimes against women be perpetrated, when the Hindu culture worships the feminine as a Devi? The matter gets more complicated when we find that there is a section of people who seem to believe, at least verbally if not integrally, that all women must be regarded, by default, as Shakti, which in synonymous to the Devi.

Does the Shakta texts really say that one must consider all women as devi-s? No, not really. But before one even attempts any interpretation of these texts, it is mandatory to realize that the texts were written in a language known as “Sandhya Bhasa” – twilight language, meaning indicative wordings, not to be taken literally. And this is why the Guru is so important because s/he has the knowledge of the parampara to explain what things really mean. The other option is to develop ones mind by rigorous mental exercise of objectivity over years and that I am afraid is no easy thing. Humans in exceptionally incapable of thinking without emotions. The mind in its purest form is not an instrument of emotion, or even judgement, but raw, rigorous analysis to whatever conclusion may arise. What people normally do is first decide on the result they want by an entirely subjective and irrational process, then use the mind to lawyer up and fish for argument to support their cause. Activism is for the sentimental being, philosophy is for the mental being – therefore the later has remained notoriously unpopular over ages.

Coming more specifically to the topic, what therefore is to be understood when a Shakta text says all women are goddesses? It is an attitude to be taken during the process of the mantra sadhana till siddhi, in the same vein that it recommends mantra-s to be done in isolated places, maintain utmost secrecy about ones practice, have perfect control of anger, eradicate lust, and shun the company of anyone who is seen to be detrimental to the practice, and finally look at the whole world as a manifestation of the deity. It is in this, and only this context, that the statement is made in Shakta texts. It does not stand as a wide dictum to be applied for all life, infact evidence from the lives and acts of legendary Shakta saints do not show that they followed this, much less advised it to the laity. In pramāṇavāda – epistemology – Āpta-vākya is considered an important source of evidence; in spirituality more so. For the language of the texts will reshape a new meaning in the consciousness every time the sadhaka enters into a new layer of experiential reality and since the highest stages are practically off-limits to most ordinary seekers, or armchair intellectuals, we must rely on the evidence we can gather from the study of the lives and behaviors of widely revered saints of that path. Ramakrishna, possible the most soft-natured of all Kali Siddha-s the world has ever seen, would categorically mention that all Shakti, including women, are of two categories –  vidyā and avidya. The first will help you spiritually, the second will cause downfall. The Kathamrita is amply clear on this point. Bamakhepa, that 18th century ferocious Tara Siddha, would do exactly the same when a prostitute wanted to entice him. Bama, as he is popularly known, had endless siddhis – literally endless. He was once meditating in the cremation ground when the prostitute thought it must be fun to come harass him, so she sits next to him and starts massaging his body, until it felt like an electric shock threw her away and it scared the living daylight out of her. Later she gathered courage to come and apologize, Bama being the quintessential carefree siddha, gave her a mantra to chant and she eventually turned into a really spiritual woman. These two people – Ramakrishna and Vamakhepa – were easily two of the most powerful and highly revered among Shakta saints. One cannot get better Shakti upasaka-s than them. Not today any more. Did they treat every individual born with an XX chromosome as a goddess? No. That even defies basic commonsense, forget subtle textual analysis and everything.

There is no harm in reading texts, there is a serious harm in reading them until one has developed ones mind. Therefore, the first essential step is to find a good Guru to explain things. Neither is a woman a goddess, nor is a man a god by default. They only have the *potential* to become so, but such potential rarely gets actualized. Equally, both have the potential to become perfect beasts. That this has to be spelled out is sad testimony to our general thinking (in)capacity. Without the least exaggeration, there are very few people about whom it can be said with confidence that their mental faculties are so well developed through conscious practice, that they never let emotions disrupt logic. The key ingredient in the proper functioning of the manomaya kosha is objectivity. This too is a form of Yoga. Until the instrumentation of the being is in order, all practices only breed more crocodiles of delusion in a muddy mind. Objectivity is certainly the second rarest attribute among homo sapiens.. First is commonsense.