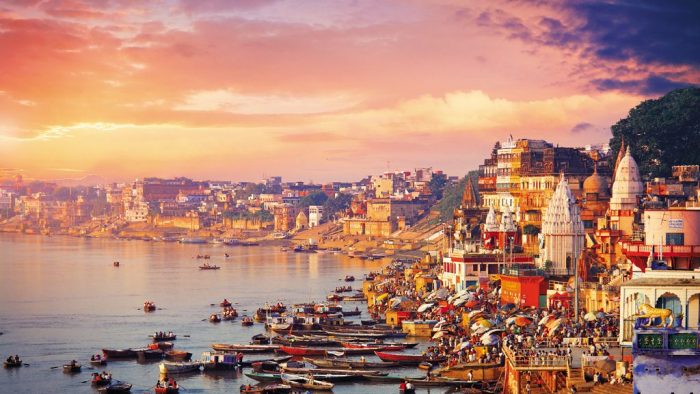 There are many ancient Indian dynasties, particularly of the time before the birth of Buddha which are astonishingly understudied and comparatively unknown in the history of Indian civilization. Various figures and dynasties of that time which are famous, are mostly due to the general popularity of the Itihāsas i.e. Rāmāyaṇa & Mahābhārata.

The huge corpus of Vedic literature and early Puraṇas like Matsya, Vāyu, etc. also shed light on the political landscape of pre-600 BCE India along with many early Jātakas but even they are not as used as they should be for that time period.

Though some scholars, both Indian and foreign certainly have delved deep into this fascinating exercise it’s still not the usual method. This could be because they are considered by some as only legends not worth considering serious research as a source of genuine history.

While it is true that there is a lot of overlapping and vagueness along with their legendary style but they certainly contain a lot of information that can be of immense use in creating a decent genuine sketch of the political atmosphere for that time.

This Piece is a small step towards learning about one such dynasty; the Brahmadattas of Kāśi, a dynasty which ruled during a lesser delved upon the time of our history, a dynasty that was important enough to frequently find their place in early Jātakas & Purāṇas and even Mahābhārata.

According to H. C. Raychaudhuri, Atharva Veda gives us the first glimpse of the Kāśis – the people of Kāśi in the “Paipallād recension of the Atharva Veda” [1]. The history of Kāśi of the early period seems to have been greatly connected with that of contemporary Kosala and Videha. “Jala Jātūkarṇya is mentioned in the Śānkhāyan Śrauta Sūtra (XVI 29. 5.) as having obtained the position of Purohita of the three people of Kāśi, Videha, and Kosala in the lifetime of Śvetaketu, a contemporary of Janaka” [2] of Videha.

Over the period, the political struggle between Kosala and Kāśi becomes a regular feature for some time with one state humbling the other before being finally overshadowed by the rise of a bigger power, Magadh.

The dynasty which seemed to have ruled before the ascendance of the Brahmadattas is the Bharata dynasty. “The Purāṇas represent the Kāśi family as a branch of the house of Purūravas the great ancestor of the Bharatas.”[3] One of the known kings of this dynasty was Dhṛitrāśṭra of Kāśi mentioned in the Śatapatha Brāhmaṇa, according to which Dhṛitrāśṭra, a king of Kāśi was was “defeated by Śatāṇîka Sātrājita with the result that the Kāśis down to the time of Śatapatha Brāhmaṇa gave up the kindling of the sacred fire.” [4] 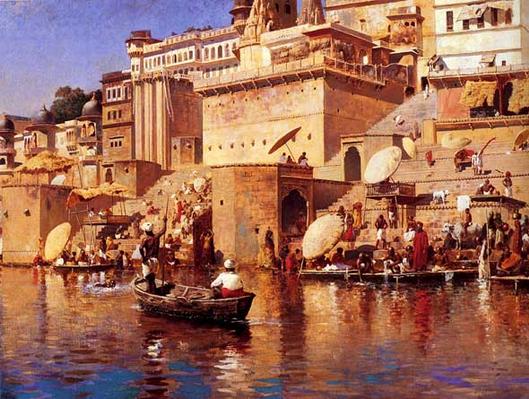 Dhṛitrāśṭra being a Bharata scion is also confirmed by a Buddhist source – the Mahāgovind Suttanta. It mentions a king named Dhataratṭha, evidently, Dhṛitrāśṭra mentioned earlier, as a Bharata prince. [5]

Coming towards the core of the topic – the dynasty of the Brahmadattas, the origin story of this dynasty is lacking. Although, there is evidence as to the place from which Brahmadattas emerged which we will discuss later. But still, the reason of Brahmadatta being a title of the dynasty rather than just being a personal name has been speculated by some scholars like Bhandarkar.

He thinks that  Brahmadatta was probably the name of a king and an entire family of rulers who ruled Kāśi was named as Brahmadattas after him. [6] The Jātakas and Purāṇas, both mention Brahmadatta of Kāśi and after him, many more kings are mentioned. The similarity of names in the list of both Jātakas and Purāṇas helps to corroborate the theory. Bhandarkar thus explains in his lectures:

The fact that Brahmadatta was a family name is confirmed by a very interesting anecdote from Matsya Purāṇa [8]:

This is also confirmed by the mention of “hundred Brahmadattas” by the Mahābhārata [9] (Mbh 2. 8. 349). The Jātakas especially, Dummedha Jātaka mention not just a reigning king but even his son as a Brahmadatta. Another example is from a Gangamāla Jātaka where Uday, king of Benaras is addressed as a Brahmadatta.

One Mātiposaka Jātaka also has a line which gives us this connection:

A king named Ajātaśatru of Kāśi (not to be confused with the famous Haryanka ruler of Magadha) who is referred in Kauśîtaki Upaniśad as a king who was “jealous of Janaka’s fame as a patron of learning” [11] is probably the same as a king of Benaras also mentioned in Uddālaka Jātaka as a Brahmadatta.

If the number of a hundred Brahmadattas frequently mentioned earlier is even taken as an exaggeration, which it mostly is, then also it is for certain that many rulers of this dynasty reigned at Kāśi.

An interesting family drama also seems to emerge from this jealousy. A Bhadrasena Âjātaśatrava, according to Macdonell and Keith whom Rayachaudhuri mentions in his work as a king of Kāśi, son and successor of Ajātaśatru, has been introduced in Śatapatha Brāhmaṇa as being bewitched by Uddālaka Āruṇi.

There is one problem though. Most of the time, the sources we are referring to, do not provide us any detailed description of this dynasty. Whenever the kings of this dynasty have been mentioned, nothing is more revealed other than there names, especially in Jātakas.

“We are told nothing further of them than that they reigned at Benaras at the time of the incidents related in the story.”[12]

Struggle between Kasi and Kosala

Many times kings of Kāśi are said to have conquered Kosala. A very intriguing tale of the struggle of power between Kāśi and Kosala is contained in Mahāvagga and various Jātakas like the Brahāchatta, Sona Nanda, Kunāla and Kosambî Jātaka which involves another Brahmadatta of Kāśi.

It needs to be clarified that we cannot be sure whether Brahmadatta of this story belonged to the dynasty in the discussion. Afterall there had been many kings and even commoners named Brahmadattas. But, at places like Kāmpilya or Anga, etc, Brahmadatta is usually a personal name of the king or of a commoner at other places and no dynasty with that nomenclature had existed in any other part of ancient India.

At Kāśi however, Brahmadatta was a famous family and therefore even later kings of Kāśi bearing the same name have the possibility of belonging to that dynasty. So, one is inclined to think that some connection must have existed and it, therefore, can be a plausible conclusion. After all, this family probably ruled Kāśi for a long time as the number “hundred Brahmadatta” suggests.

The story remains more or less the same in some Jātakas. According to them, when a Brahmadatta was king of Kāśi, he went to attack the kingdom of Kosala which was ruled by a king named Dîghati. Brahmadatta killed Dîghati and emerged victoriously. Sometimes, it is mentioned that Brahmadatta even took the chief queen of Kosala to Kāśi and made her his consort. [13] Later he made peace with Dîghati’s son, Dîghāvu, and restored him his kingdom.

But Kosala finally emerged victorious in this struggle. Jātakas suggest that Vaṅka and Dabbasena overpowered Kāśi and later Kaṁsa, king of Kosala finally conquered the kingdom for good suggested by his epithet; Bārānasiggaho, conquerer of Benaras [14].

We already know that during the time of king Mahākosala of Kosala, Kāśi was an integral part of his kingdom and also when his daughter Kosalādevî was married to Bimbisāra of Magadha.

Whenever a king of Kāśi has been mentioned with this name of Brahmadatta, the importance of Kāśi as a kingdom has been emphasized. It seems Kosala wasn’t the only kingdom in a powerplay with Kāśi. Vatsa kingdom also had a role. Kathāsaritasāgara has a story in which Yaugandharāyaṇa, prime minister of king Udayana asks him to conquer king Brahmadatta of Kāśi first.

This king of Banaras named Brahmadatta is always your enemy, therefore conquer him first; when he is conquered, conquer the eastern quarter and gradually all the quarters.” [15] This story gives us some perspective as to the importance of Kāśi as a state involving another king named Brahmadatta of Kāśi.

Hopefully, more evidence emerges so that some more clarity is available on the subject. But even with the current study, this much is certain from the sources that an imposing family called the Brahmadattas of Kāśi ruled the Kāśiraṭṭha or the Kāśirāśṭra for a decent amount of time which had its origins in the neighboring Videha. Kāśi for sure under the Brahmadattas was a strong power which made it’s neighbors like Kosala covet the control of such illustrious territory.