What is a Lingam? 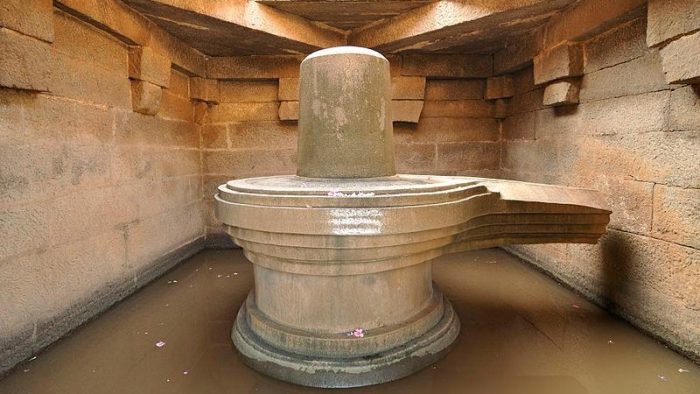 We are all aware about Yogacharya T.Krishnamacharya being a pioneer in using yoga (specifically asana and pranayama) for therapy and well-being. But little did we know that he was a great scholar of our sacred knowledge and traditions. One of his long-standing students Raghu Ananthanarayanan has put together an interesting note about why and how the Lingam is mis-represented as a sexual symbol. He has used the device of an innocent conversation between a young, curious child, Chiku (Gayatri Iyer), and an elderly teacher Rita (Raghu), just like the dialogues that used to take place between student and teachers at ashrams. In my discussions, I learnt how symbols of our Hindu culture have been misinterpreted for long and once you know the real meaning, you can only marvel at the profundity of the entire meaning and how it is part of the larger divine order.

Chiku: What is a lingam?

Rita: Can I call the straight line “one”.

Chiku: Oh yes! It is the number also.

Rita: And can I call the circle “zero”

Rita: If these two things, the straight line and the circle just sit by themselves is there any fun?

Chiku: It becomes a ten! (all excited)

Chiku: Well just one, I guess.

Rita: If you know a bit more about numbers, symbols and computers you will say that is “two”.

Chiku: Oh! Wow! That’s exciting. The moment they come together we can fill the world with so many things!

Rita: That’s right, that’s why some rishis in olden days said there are two very important unknowables in the universe- they simply drew l to signify something conscious, and they called it shivam and O to signify something fertile. And called it shakti. They also saw that only when the two come together can creation take place. So, they held each of them and their union as sacred.

Chiku: What do you mean by unknowables?

Rita: They are unknowables because they create all the universes and the living and non-living things in the universes. Mind and thought as we know it are too feeble to comprehend the ultimate origin of all this.

Chiku: Then why is the shiva lingam referred to as a sexual symbol?

Rita: That’s because the guys who see it that way don’t know Sanskrit; lingam simply means a signifier. sheeshnam is the word used to refer to the penis.

Rita: Ok, now that’s settled. Let’s see how many more meanings can you give to a line?

Rita: Yes, that’s right. And what meanings can O have?

Chiku: It can be a ball, I draw the sun that way and sometimes the earth and moon too and even an idli!…

(looks puzzled) you know it is even like the earth seen from the moon!!

Rita: Just as you could see many possible meanings for the line and the circle depending on your mind and maturity, there are people with a thinking that is sexual and adolescent, so they will see it only through those lenses!

Chiku: You know what, these are great symbols, the line and the circle, infinity and zero; the basis of all computing, and maybe that’s why the symbol we use in all electronic devices is a shiva lingam!!! (the symbol for start or creation)

Rita: Yes ChiKu, it is only when the infinite and nothingness come together that anything can be!

Chiku: Can you explain this further?

Rita: If the creative principle is in any way limited, it cannot be endlessly creative like manifestation is. If it can be defined in any way, or have features of any kind however subtle, it is limited. So the two ways in which we understand the unlimited is zero and infinity.

Chiku: That’s some thing I need to ponder over.

Rita: Take a break, we will discuss this later

Chiku: Ok I am waiting, this is a new day, and I am asking again, why do some people see the shiva lingam as sexual symbol? And they get a PhD for studying these symbols through a Freudian lens!

Rita: Ok, I will become Prof Rita for a moment! Now if we turn to look at the “Garden of Eden” myth, it tells us that Eve was seduced by a snake coiled around the tree of knowledge to eat the apple, the fruit of knowledge. She in-turn manipulates Adam and they partake of the fruit. God in his wrath banishes them from the Garden of Eden. Thus, this is the original sin.

Chiku: Yes, I know that story

Rita: If we apply the Yogic frame work, Eve becomes a symbol of Prakruti, and Adam of Purusha. The snake is the ignorant reptilian mind that must be transformed through a discriminant engagement with the world so that one may ascend to the state of knowing Prakruti and Purusha in their true form: a form that has no veils (naked) and is in complete harmony with Nature. This knowing is something ‘Purusha’ wishes for, since He then sees and recognizes Himself.

Rita: The Yogic lens give the very opposite of the idea of this story, in fact, there is no idea of sin or of banishment from an Eden. One is blinded by the compulsions of a mind stuck in avidya (non-discrimination), therefore, one does not realize that one is always living in Eden! The invitation/ seduction of the snake (which by the way is a symbol of Kundalini shakti) makes you experience the world in a conscious way, and if you are a sensitive person you start to wonder what is the world all about? Through successive insightful perception the veil of avidya is lifted, one attains a state of pragnyA and is embraced by Purusha and one lives in a state of divine order. The snake propels the seeking he is not an evil seducerJ

Rita: When one’s mind becomes extremely lucid, and senses the reality of Prakruti and Purusha it called pragnyA?

Chiku: And what about Prakruti, what does She signify?

Rita: Prakruti is matter in its most subtle form, a state of being that holds all potential manifestation in an unmanifest state. Prakruti is also all that is manifest and experienced.

Chiku: Ok, so how do I understand the shiva linga?

Rita: If I believe the ‘original sin myth’ every part of nature reflects sexuality, every gesture and symbol of being empty to receive, is a vulva and every symbol of assertion is masculine.

Chiku: And if I believe in the Yogic idea?

Chiku: So, what do water, fire and sky signify?

Rita: something infinitely subtle, beautiful, powerful and creative that manifests as the universe.

Chiku: Then are there temples for these signifiers too apart from the stone lingam?

Rita: Of course, there are, TiruanaikAval has the garbha gruha with flowing water, Tiruvannamalai has fire as the signifier, Kalahasti has air and Chidambaram has space.

Chiku: I can see how earth, water and fire can be shown, and obviously it is easy to symbolize the earth. How is air and space shown?

Rita: In Kalahasti the garbha gruha has two flames, one that is steady and one that flickers.

Chiku: Oh! Wow! If a flame flickers there must be wind blowing! But how did they build a huge temple with wind blowing exactly on the flame?

Rita: We will talk about that another time. Chidambaram has an empty space at the center of the garbha gruha, and a Dancing Nataraja next to the wall. This is called the chidambara rahsyam (the secret of Chidambaram). chittrambalam means Sacred Space.

Chiku: When such an elevating idea is possible why do we get fixed with the sexual one?

Rita: Ah! That’s a long story ChiKu. The Roman elite used the symbol of a penis placed at the gates of their estates to signify how powerful they were, they even used the size of this display to reflect their power! When the Europeans came here they simply superimposed their meanings on the shiva lingam. Most of us have forgotten our own heritage, and are also lazy to find out so we have just swallowed the interpretations of the west. Now this has become the standard explanation, Freudian analysis is done of the meaning of these symbols! We in turn now feel defensive or ashamed of these meanings. But if you look at it carefully the scholars who use a western lens have juxtaposed the Roman idea of power and the biblical idea of sin and concocted a whole world of wrong meanings.

If one sees sex as bad and sinful, that’s great for the priest. If one starts to run behind pleasure, that’s good for the GDP! All you must do is understand how symbols can be used to arouse and manipulate the reptilian brain and you will have a great career in advertisingJ So any which way you look at it, keeping alive the sexual connotations is a profitable idea.

Chiku: This is really very interesting, let me think about this.