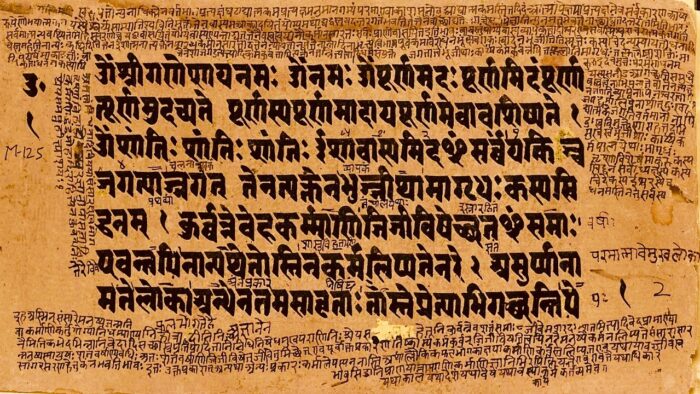 The four aims of life are artha (wealth), kāma (desire), dharma (virtue) and moksha (liberation). The literature regarding dharma are the Dharma Shāstras which deal with the laws and regulations governing the social and ethical life of the individual in his society. There are four ways to determine right and wrong – the shruti (Vedas), smriti (dharma shāstras etc.), good conduct and conscience. The moral code is not considered as static – it is to be learned in each generation from what wise men who are good and free from hatred and attachment, declare.

The Dharma Shāstras believes in the four fold order of the society (the chāturvarṇya system popularly known as the “caste system”) which divides the society into four main groups where the hierarchy flows as – the priest (Brahmin), the warrior (kshatriya), the merchant (vaishya) and the laborer (shudra).

The dharma shāstras advocate the āshrama system or the four stages of life for a dvija – the student (brahmachārin), the householder (grihastha), the forest dweller (vānaprastha) and the wandering mendicant (sannyāsin). The purpose of the āshrama system is to enable the dvijas to perform their secular duties in the society and also lead a life conducive to the attainment of moksha.

Traditionally, the Manu Smriti is considered the most complete and authoritative Smriti although a later tradition asserts that the Parāshara Smriti is more valid for modern times. The Hindu personal law in India is largely derived from the Mitāksharā commentary on the Yājñavalkya Smriti, in view of its great popularity in large parts of India during the last few centuries. The Nārada Smriti specializes in legal jurisprudence and deals with these subjects in a very advanced manner (similar to modern works) even though it is almost a 2000 year old recast of an older work!

These are treatises on theology and practical manuals on worship for the different Hindu traditions. Traditionally, the Āgamas are five-fold, aligned with the five major sampradāyas of classical Hinduism:

Regarding the purpose of these scriptures, a scholar says –

“The purpose of worship is to lift man from the level of sensibility to that of divinity by making proper use of his very senses. The technique by which this is done has come to be called Tantra in India. The Tantras are the books which initiate the devotee into the technique of worship. They are also known as the Agamas. And, the cults which are based in these Scriptures are usually referred to as Tantric cults.”[1]

Tantras or Āgamas have had a profound impact on the way Hinduism is practiced in our daily lives. Most of our domestic and temple rituals are derived from Tantric teachings. Directions for fasts, vows etc., are also dealt with in the Tantras. In a way, the Āgamas parallel the Vedas (which are also called ‘Nigama’) but the essential differences between the two can be summarized in the following words:

The Tantras are sometimes known as Agamas to differentiate them from the Vedas, which are known as Nigamas. The difference between Agamas and Nigamas is that the Agamas focus on the worship of a deity with form, i.e. Saguna brahaman, while Nigamas focus on the worship of a formless diety, nirguna brahman. Agamas tend to be more exoteric and celebrate the tangible while the Nigamas are esoteric and celebrate the intangible. Agamas give greater value to the emotions that are provoked by the ritual while Nigamas give greater value to the intellectual decoding of the ritual. Agamas approach Prakriti first and then Purusha, while Nigamas approach Purusha first and then Prakriti. In Tantras, Goddess is Shakti or power, to be decoded, while in the Vedas, Goddess is Maya, delusion, to be transcended.[2]

These are six systems of classical Hindu Philosophy and Theology and several other later minor schools of Philosophy. Details of this class of literature will be considered in Class 12. 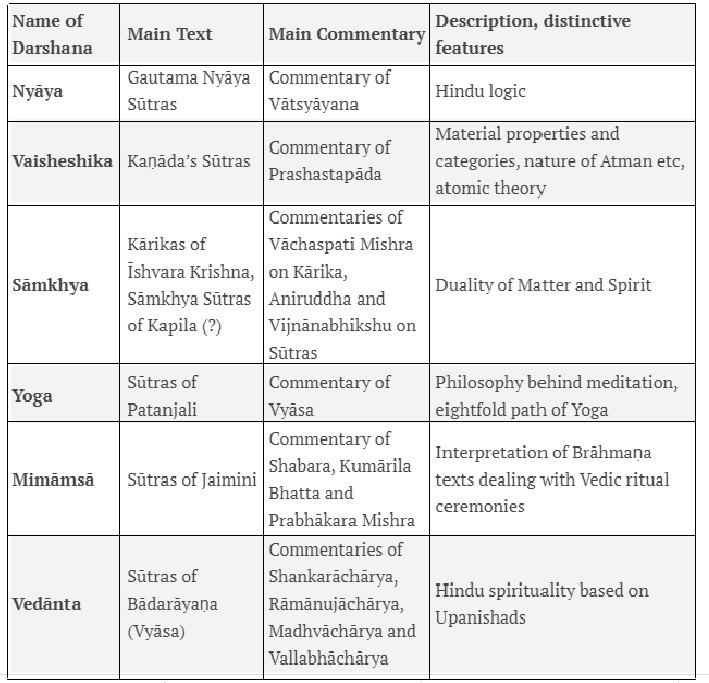 Non Classical and later schools of philosophy include Pratyabhijna (or Kashmir Shaivism), Shaktism (Agastya Sutra), Bhakti (works of Narada and Shandilya) and so on.

For the last 1000 years or so, the Vedānta Darshana (and in particular, the schools of Shankarāchārya, Rāmānujāchārya, Madhvāchārya and Vallabhāchārya have become the dominant theology and philosophy acceptable to Hindus, with the Nyāya Darshana holding sway in some parts of eastern India. In fact, when Hindus refer to Hindu spirituality, they most commonly mean the Vedānta and its various interpretations of the Upanishads. The Yoga school is also very popular in so far as the practice of meditation is concerned and is gaining considerable popularity in the West.

This does not mean that the other Darshanas are extinct. It is more accurate to say that most of the principles of other Darshanas such as the Sāmkhya, were incorporated into the Vedānta schools.

A vast corpus of devotional Hindu literature comprising of hymns (stotras and stavas), individual verses (shlokas) in praise of different Deities, short narratives of incidents from the lives of Hindu saints and sages (kathā and other names), renderings of specific episodes from the Itihāsas and Purāṇas (kathā and other names), glories of holy places (mahātmyas) and so on exist in Sanskrit and other languages spoken by Hindus. Literally dozens of such works are composed every decade by pious Hindus. Some of these works have attained great popularity as well as sanctity over the centuries, and are recited and used in religious ceremonies by Hindus every day. A better account of such works in non-Sanskritic languages is contained in the next section.