Special Screening For The Tashkent Files At Rashtrapathi Bhavan 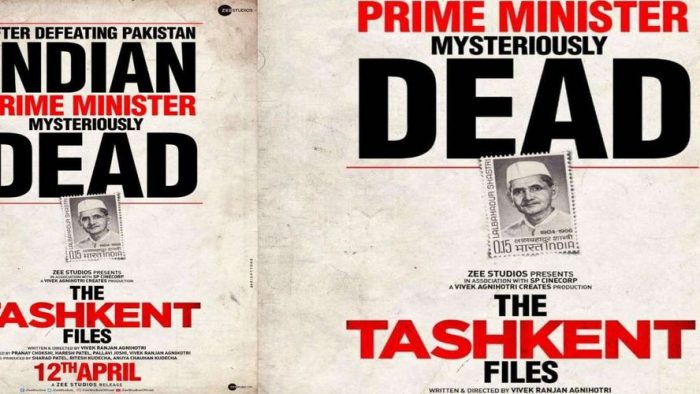 In the month of April 2019, Indic Academy, as the intellectual partner for Shri Vivek Agnihotris’ The Tashkent Files, organised a freewheeling pre-release conversation between a panel comprising of its members and the The Tashkent Files team.

Our belief in the movie has been completely validated by the unprecedented love and feedback received from the audience that has been highly appreciative of this cerebral, stimulating piece of cinema. Today, as The Tashkent files marches into its 6th week, braving the onslaught of big budget extravaganzas both domestic and international, it enjoys an IMDB rating of 8.5 – a rare feat for a movie of its kind.

We are delighted to share that the movie has received an invitation for screenings at The Rashtrapati Bhavan, which is an absolute honour. The first screening will be held on Saturday, the 18th of May 2019 for the Honourable President of India, Shri Ram Nath Kovind. And that is not all! The Tashkent Files has also been invited by the I&B Ministry for a screening at the Films Division on Sunday.

Talking about the invitation, Vivek Agnihotri, the visibly elated director of The Tashkent Files stated, “ So many films are made and released during any given year and only a handful lands at The Rashtrapati Bhavan. So this counts as a once in a lifetime opportunity. It is a celebratory moment for everyone involved in the film and extremely reassuring for me as a filmmaker”. Agnihotri added,” I’m beginning to get pre release jitters and keeping my fingers crossed that everyone watching the film at The Rashtrapati Bhavan and Films Division enjoys it. The box office feedback is out there for everyone to see so I have my audience’s verdict but this verdict is equally critical”.