Relevance of Gurukuls in Contemporary India 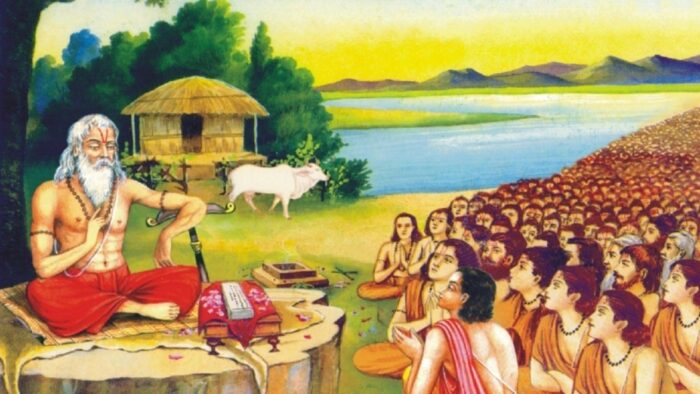 A noble and right learning place for every growing child is under the shelter of a learned wise person. That person whose potential lies in uplifting the shishyas/students from suffering or darkness towards light is defined in Sanskrit as a Guru.

That person who has transcended the plane of sense level and is in constant communion in highest bliss is a Guru.

The word Guru is made up of GU (darkness) and RU (light); so the person dispels darkness which is in the form of ignorance with the light of knowledge and guidance. And the place where students have the opportunity to stay and imbibe his teachings is called a Gurukul.

The aura of the Gurukul is charged with the sacred lifestyle of Guru and his spiritual energy gets transferred to shishyas.

Unified teaching was the goal. status quo, economical or social standing was never the criteria advocated by Guru in the Gurukulas. Parents sent their dear kids to Gurukulas with utmost interest.

As said by Swami Vivekananda, “While it is easy to find a teacher to learn secular subjects like Physics or Mathematics, it is quite difficult to find a Guru.”

Imparting knowledge of life and the world during this period is a valuable asset for any student, at least till one reaches the adolescent age where one becomes capable to lead one’s own life and will be a valued product to the society and thereby to the nation at large.

Ancient Indian system offers the Gurukul Model where a shishya is under constant surveillance of Gurus and Acharyas.

Dismissing all transactional activities and concentrating only upon one single entity leaves one’s mind in perfect condition. Predominantly, the students interact with Acharyas at close quarters.

The life of a Guru holds a shining example in front of the shishyas and influences the character of each individual.

Set back of Gurukul Model

The present education system has come into play due to foreign invasions. Complete destruction of our ancient Indian roots and anglicizing the Indian education system started in the early 18th Century. English became a class in India rather than a language.

Present-day schooling was introduced to supply clerks, military force, and workmen in industries for the British then, and to Americans now. Centuries of despotism, struggle for freedom over authoritarianism, and resistance against heinous acts weakened Hindu Rashtra.

Other factors which lead to the destruction of Gurukuls and deterioration of Bharateeya Samskriti are the oblivious nature & not having done the right amount of Purva Paksha of the opponents by our own Rajas/Kings, the sold-out attitude of wealthy tycoons, academicians and media, all this has had a huge impact on the psyche of Indians. The traces of which can be seen even now.

Present generation lacks a proper understanding of our own indigenous knowledge systems, and suffer from a feeling of inferiority complex that whatever is foreign is superior-developed-modern.

True development and progressive elements since yugas in the fields of philosophy, archeology, trading, metallurgy, artha shastra, matter-atomic theories, art forms, medicine, historic civilizational background, engineering, mathematics, and many scientific inventions were and are buried and concealed under the shadows of the white skin mania and in indulgence of uncultured sense pleasures.

Yet time and again Indians have shown great resilience, evidence being India is still a Hindu majority, Indians have continued to influence others with their wealth of knowledge and soft power.

And other regions of the world seem to follow and practice Bharateeya principles such as Yoga, Ayurveda, Vegetarianism. The sole reason behind this is the Spiritual backbone of our nation, the Rishihood, and Guruparampara that is unique to our society.

Present day education system is predominantly influenced by a western construct, mostly infiltrated with foreign culture/elements and heavily neglects anything Indian. This directly shoots the youth’s mind and makes them think against the Indian ethos, losing the national spirit and unconcerned of the bigger fight both within and outside.

Undoubtedly the result of western education system outwardly seems to be sophisticated, offers huge career prospects, a big fat salary, luxurious living, and a touristic experience to the outer world.

But with such an attitude their actions and decisions cause much harm to themselves & to society, with high chances of immoralrelationships and disrespect for one’s own motherland as there is no dharma to guide them. Their life’s goals revolve around acquisitions always driven by selfish motives.

Whereas the Ancient Gurukul way is different. Children of age 8 are sent along with the Guru to his Ashram away from their parents’ home.

Here the shishya/student along with other students learns varied subject matters, sharpens memory, gains perfection, acquires expertise in various skill sets, enhances creative vision, maintains steadiness, mind management techniques, and imbibes life skills such as how to co-exist with others and to behave appropriately according to time, person, and situations= and much more.

The Guru is the one who dispels darkness. He not only is a scholar with subject knowledge but revels in advanced states of transcendental living. Apart from instructing proficiency on various topics, a teacher monitors the behavioral changes of each and every student, corrects them, and directs them on the right path.

Under the guidance of such a Guru, students will attain control over their physical, psychological, emotional wellbeing.

This helps them develop a contented mind and the students become wisdom oriented. Ultimately, the complete Human Personality is nurtured and developed, and a disciplined student shines forth.

Once the students reach the age of 18 years or so,the the shishyas take over their wished/respective roles and they are sent back totheir elderly parents.

If one dares to look at the survey of death toll of students in India, it is 200 students committing suicide every 90 min! All this due to the unholy pressure of ranks, marks, and competition.

Thus one can find a huge variation when both the models are compared in terms of pedagogy and also outcomes.

How do we match the present system to a Gurukul system?

The Gurukul methodology is paramount. We have Acharyas who continue to preserve the traditional modus operandi. They are no less than a Guru in stature, they teach what they practice, their moral compass is expansive, their lives are flawless, purely dedicated for the social causes, and immersed deeply in Brahma Tatvam.

With the advent of Globalization, the curriculum would have to be a blend of Vedic Sciences and present day subjects. When compared to the Vedic teachings, present subjects form a very tiny portion. Parents can be assured that the stress on students would not be excessive.

In the Gurukul atmosphere, student’s energies are totally focused on studies that too for dedicated hours and not at all distracted as is the fate of students in the modern institutions.

This period of being a student is a crucial phase for every human being and is given much importance in our shastras. This duration is known as the Bramhachari ashrama which requires a highly disciplined and structured life more than anything else.

The revival of the Gurukul Model

21st century parents must reflect deeply on the above lines, a right decision is never too late. Involving themselves & their children in the Gurukul atmosphere and encouraging others in similar ways is the yuga dharma.

This will definitely set a benchmark in peer groups and also lead the future generations. Eventually, a better individual, an ideal society and a strong unified nation is established.

A Few Gurukuls in India 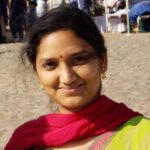