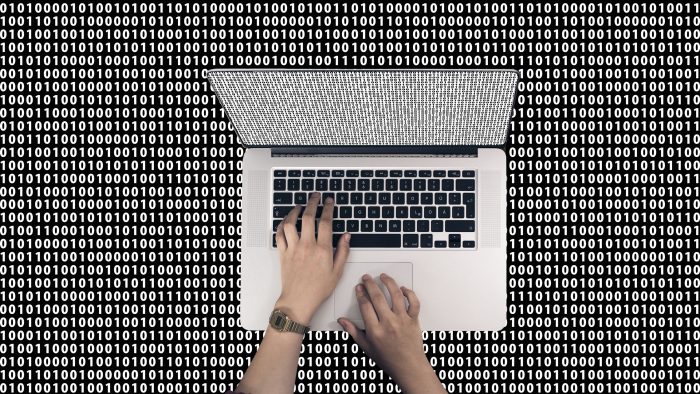 “Physically separated but digitally connected!” should be our motto in these days of the Coronavirus pandemic. Truly speaking digital technologies have enabled us to get through these days of lockdown.

Do you know, what is the fundamental principle on which today’s digital technology works? It is the binary number system.

But, do you know that this is the gift of ancient Indian mathematics to the world of technology. Ancient Indian prosodist and mathematician Pingala was the first to develop and use the binary number system while studying and analysing Sanskrit poetic meters (chandah / छन्द:) in his work Chandahshastra composed around 3rd century BCE. 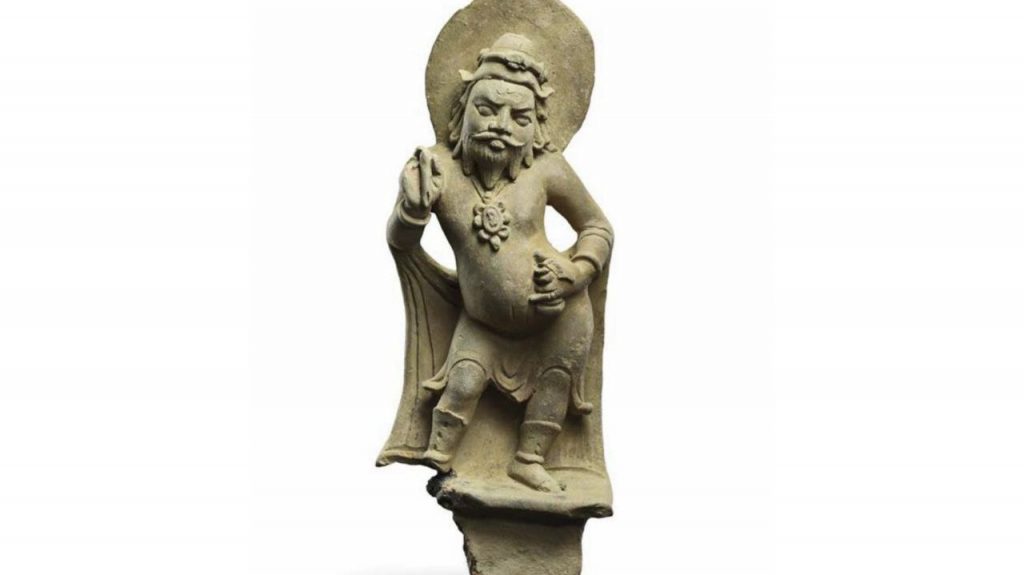 Table 1 gives you the binary equivalent of decimal numbers from 0 to 31. Kindly observe the pattern of the bits of the binary numbers in this table. 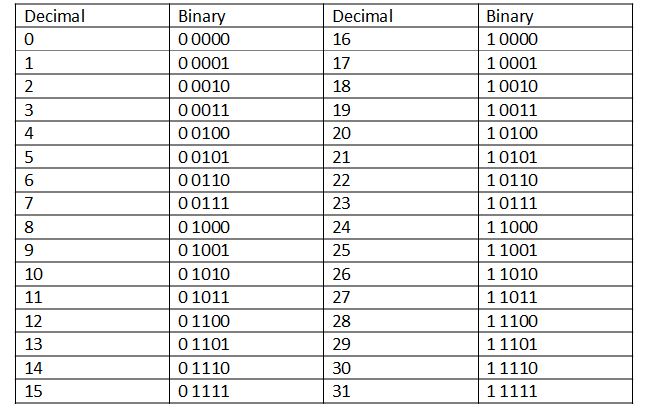 You must now be wondering how Pingala developed a binary number system? To understand this let us first understand the basics of Sanskrit prosody.

Letters in Sanskrit can be either long (Guru / गुरु स्वर) or short (Laghu / लघु स्वर) syllables. These two types of syllables are the basic building blocks of Sanskrit prosody. A verse in classical Sanskrit literature has four quarters or pada (पाद) in a stanza. The metre of a verse is determined by the number of syllables and their order of arrangement in a quarter.

Let us now understand Sanskrit metre with an example. Given below are the first two of a total of eight stanzas of Bhavani ashtakam (भवान्यष्टकम्), a beautiful composition by Adi Shankaracharya.

Every quarter of Bhavani ashtakam consists of 12 letters. The pattern or the order of arrangement of syllables in each quarter is
LGG LGG LGG LGG
Here, G is Guru and L is Laghu syllable.
This metre is called भुजङ्गप्रयातम्  (Bhujangaprayatam, snake-like advancing).

Pingala had developed technique (pratyay, प्रत्याय) or algorithm called Prastaar (प्रस्तार , meaning to unfold or to open up) for enlisting all the possible combinations of syllables for a quarter with length and letters.

For a metre having 2 syllables:
In step 1, Pingala copied the previous matrix immediately below itself. And in step 2, he filled up the upper half of the next column with 2 Gs and lower half with 2 Ls as shown in Table 3.

For a metre having 3 syllables:
In step 1, Pingala copied the previous matrix immediately below itself. And in step 2, he filled up the upper half of the last column with 4 Gs and lower half with 4 Ls as shown in Table 4. 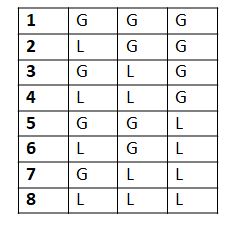 For a metre having 4 syllables:
In step 1, Pingala copied the previous matrix immediately below itself. And in step 2, he filled up the upper half of the last column with 8 Gs and lower half with 8 Ls as shown in Table 5. 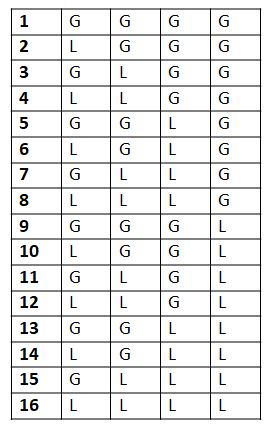 For metres with a larger number of letters, we can repeat this technique recursively. If we now replace G with 0 and L with 1 in Table 5, we get: 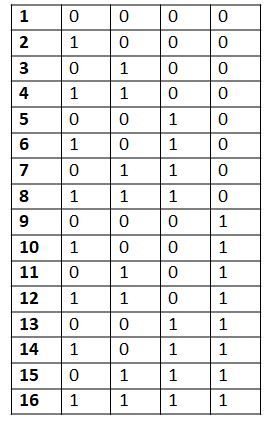 If you compare Table 6 with Table 1 you will observe that the entries in Table 6 are mirror images of the binary equivalents of the numbers from 0 to 15. Refer to Table 7. 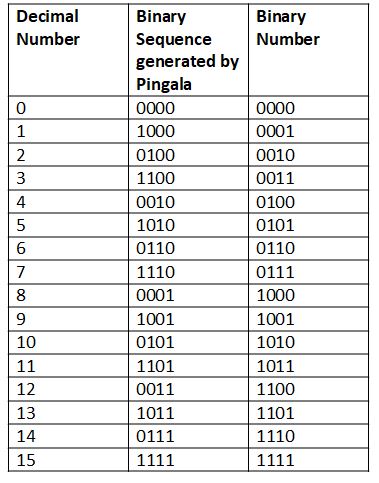 This is how Pingala created the binary number system. This is one of the most significant contributions of India to the world of Mathematics.