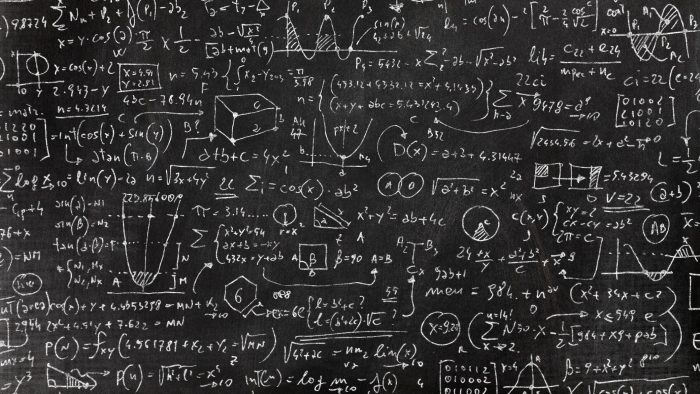 (In worldly life, in Vedic learning, in religious practice, in business, in everything, Mathematics is useful. In romance, economics, in music, dance and drama, in cooking, medicine and in architecture, in prosody, poetry, logic and grammar, and in all the arts, Mathematics reigns supreme. It is used in calculating movements of the Sun and other heavenly bodies.)

(Whatever there is in all the three worlds, which are possessed by moving and non-moving beings- all that indeed cannot exist as apart from Mathematics.)

The above verses are from the book Ganitasarasangraha written around 850 CE by a Digambara Jain monk Mahavira (815 – 877 CE).

(In how many different ways can we garnish a dish using six different types of flavouring substances – sweet, bitter, salty, sour, pungent and hot, taking them by ones, twos, threes, and so on at a time?)

Bhaskaracharya had composed Lilavati in 1150 CE to teach Mathematics to his daughter Lilavati, after whom he had named the book. This book which is written entirely in verse form, covers arithmetic, algebra, geometry, mensuration, combinatorics, number theory, and other basic topics. This book was used as a standard textbook for almost 700 years.

Coming back to the above seemingly culinary problem, let us try to solve it using mathematics –

I may not garnish my dish at all. Now, this can only be done in one way. Remember this subtotal, 1.

I can garnish the dish using all the six ingredients. Now, this can be done in only one way. Remember this subtotal, 1.

I may garnish the dish using any one of the six flavouring substances. This can be done in six different ways. Subtotal = 6.

Now, I want to garnish the dish using any two of the six flavouring substances. In how many different ways can this be done?

In the same chapter of Lilavati from which the given problem is taken, Bhaskaracharya has given us the formula for calculating the number of combinations of ‘n‘ things taken ‘r‘ at a time as

Using modern notation the same formula is given as

I may garnish my dish using any three of the six ingredients. This can be done in

I may garnish my dish using any four of the six ingredients. This can be done in

This was the kind of awareness amongst ancient and medieval Indians about mathematics and its applications in daily life. Ancient Indians considered Mathematics as the most significant subject. This is evident from this verse from Vedanga Jyotisa (500 BCE).

Like the crest of a peacock, like the gem on the head of a snake, so is mathematics at the head of all knowledge.