Manu Smriti in the Dharmic Viewpoint 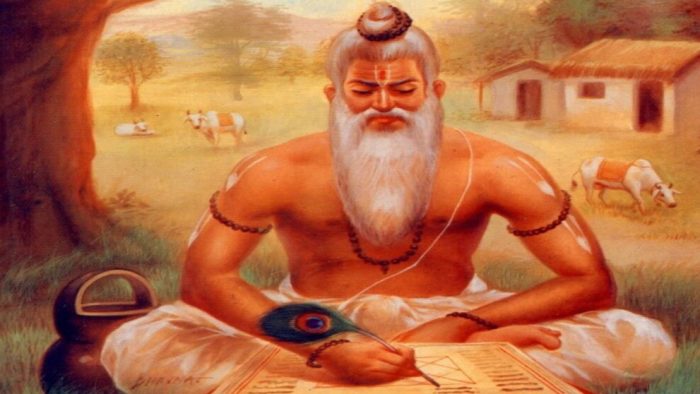 Any statement made by anyone needs a context to make sense and be understood. In the recent controversy surrounding certain passages from the Manava Dharma Shastra, popularly known as Manu Smriti, have been understood as unpalatable to civilized society.

In this article, we will join the issue and point out certain contextual points that are entirely missed out in this controversy. Our intention is neither to condemn nor defend Manu but to describe

It is our contention that most commentators on Manu have approached the text with pre-conceived notions of individual and collective rights. We must be able to hold on to our personal moral compass but judge a text like the Manu Smriti in its historical context.

Manu like Vyasa is not a single entity. It is rather a position taken by different entities when times (Yugas) change. There are seven names of Manus we find in our scriptures.

There are other Smritis too that of Yajnavalkya, Atri, Parasara, etc. Dharma Parishads i.e. assembly of learned scholars of various streams of knowledge were formed by the rulers on all questions that society had to address.

They used as a base the Dharma Shastras, to identify appropriate situations and take a lesson. Further, they could assess the correct way for the problem at hand by resorting to other texts from the Itihasas, Puranas, and the Vedic corpus, and applying tools of logic, ethics, and grammar.

With respect to women themselves, let us look at the following verses

3/51 & 52 condemns the giving and taking of dowry, openly say that they are not commodities to be bartered in exchange for money.

In Chapter 9, husbands are allowed sexual congress only with the consent of the wife.

3/114 directs the households to honor and feed women of all ages, especially pregnant.

The verse that critics take offense with is found in the 9th chapter. This chapter deals with relations between married couples.

In the Dharmic viewpoint, marriage is a means of channelizing human needs – companionship, children, and sexual pleasure – in the service of society. The Dharma Shastras take a view of male and female roles in the family that would not have been out of place in any human society even 50 years back.

All verses in this chapter from verse no 01 to 09 talk about the role of a woman in a family and how they play a constructive role in preserving dharma. 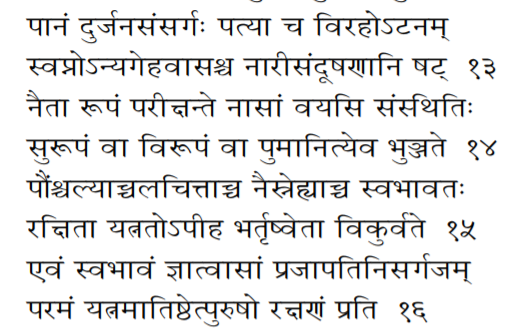 Now in this context when we try to understand the sloka no 15, it would be clear to us that there always be people who place individual drives above social norms and family ties.

Means are suggested to keep such tendencies in check and to manage such individuals with as little harm to society and to the individuals themselves.

These words of Manu still remain valid in the context of sustaining the dharma in families that form the dharmic society. India is such A CIVILIZED COUNTRY THAT NEEDS THESE TEACHINGS OF MANU TO RETAIN ITS CHARACTER. 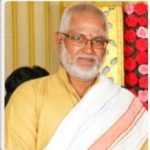