A Primer On Kaprekar’s Constant 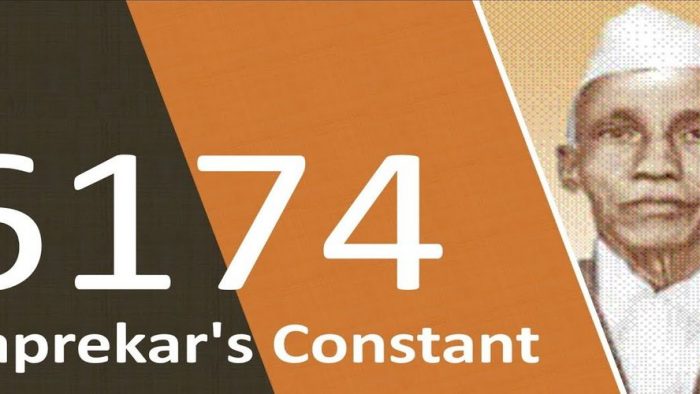 If you perform these operations on any four-digit number in which all the digits are not the same (a four-digit number consisting at least two different digits), then you will get the result as 6174 in not more than seven steps. This amazing discovery was made by Indian mathematician Shri Dattatreya Ramchandra Kaprekar (1905 – 1986) in the year 1949. In honour of Shri Kaprekar the number 6174 is called Kaprekar’s constant and the above procedure is called Kaprekar’s operations.

Kaprekar was a mathematics teacher in a school at Deolali (near Nasik) from 1930 to 1962. Number theory (study of properties of integers) was his favourite subject. Due to his passion for mathematics he was also called Ganitanand (one who derives happiness by doing mathematics).

Kaprekar had made many amazing discoveries in number theory. But his work was initially ignored by Indian mathematicians. In 1975, Martin Gardner, a famous author on popular mathematics, wrote an article on Kaprekar’s constant in his popular column on recreational mathematics in Scientific American. This made Kaprekar and his work world famous.