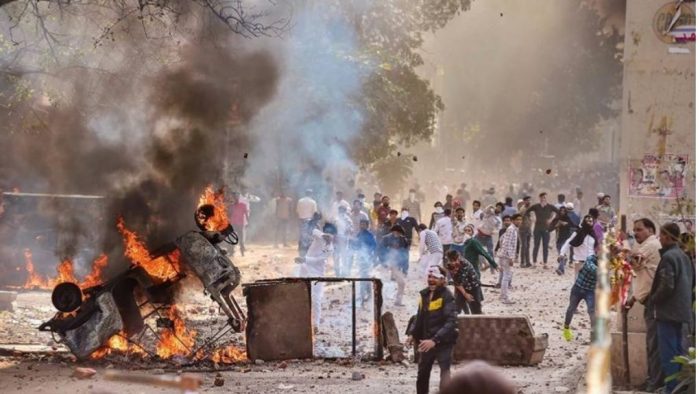 In the first two parts of this series, we took a sweeping historical overview of the huge decline in Hindu geographic continuity over the last millennium.

We also analyzed the Hindu-unfriendly policies adopted by the government since Independence and the systematic building up of an ecosystem that whitewashed history on one hand and weakened Hindu society on the other.

So, the question that begs to be asked is what does the future hold for Sanatan Dharma? Are we on an inevitable downward slope that leads to oblivion, or will Dharma continue to hold up, as it has done since antiquity?

There are no easy monochromatic answers.

Let us begin to tackle the problem by demolishing the famous myth that “Hindus are an 80% majority in India”.

What do we mean when we say “India”? Do we mean the residual landmass that we are left with today which is politically called India? In that India, yes, we are a majority; 80% or not that we shall come to later.

But as was said in the first part of the article, this landmass has been shrinking over the last millennium, with the most recent loss happening just 70 years ago. What we have today is 75% of what we had till 1947, and 33% of what we had at the start of the millennium if we consider the area under Hindu cultural continuity.

So any talk about our percentage in the currently remaining landmass is false and misleading. The important thing to realize is that our area is continuously shrinking.

Now coming to the “80%” part. This figure is also factually incorrect.

Firstly, we should have a global perspective on this statistic. Christianity is the dominant religion in the world with one-third of humanity in its fold and with around 125 countries where Christians form 50-99% of the population.

Similarly, one in four human beings is a Muslim, and 55 countries have Islam as the majority or even exclusive religion. Between them, these two religions have stitched up 60% of the population and 90% of the countries of the modern world.

Compare these numbers to that of Hindus. We are a global minority at 15%. In just two countries in the world, we are a majority – India and Nepal. The only other places where ancient Hindus still survive in minuscule numbers are Bali and pockets of Pakistan and Bangladesh.

The very small Hindu presence in the rest of the world is either by way of descendants of indentured labor that the British exported from India during the nineteenth and early twentieth century and from the immigration of educated Indians out of India in the recent decades.

Secondly, the “80%” figure includes some segments of people who do not really consider themselves Hindus but get classified as Hindus by default, as some Dalit groups, and culturally deracinated Hindus who go by the moniker HINO (Hindus in Name Only).

Thirdly, it is widely believed that the second-largest majority under-reports its true numbers in the census so that they can continue to play the minority card and reap the various benefits that come with it.

To compound the problem, we have a huge gap in the fertility rates between the two communities. The growth rate of Hindus is 1.5% while that of Muslims is 2.2%. In other words, Muslims are growing at a 50% faster rate in India than the Hindus.

Projecting these numbers, we get a scenario whereby the year 2075, the Hindu population would be barely above the 50% mark and, by the end of this century, fall below it and be overtaken by the Muslims.

Parallelly, the Christian conversion machinery has also assumed huge proportions. With a flood of funding flowing in from Western evangelical groups, this machinery is going about its work in an efficient, organized, and systematic manner.

The North-Eastern states have been firmly in the grip of Christian proselytizers for a while now. Large chunks of Andhra Pradesh, Tamil Nadu, Kerala, and Punjab are the new hotbeds of conversion.

In several districts in these areas, Hindus have become a minority. West Bengal and Assam’s demography is being altered rapidly by the influx of Bangladeshi and Rohingya illegal immigrants.

Given all these mind-boggling factors that are playing out together, it may not be an exaggeration to say that we may be staring at the demand for another partition in the next 30-40 years where more pieces of Bharat-Bhoomi will be claimed to create a Sharia-state.

India today is like a façade that looks strong and beautiful from the outside but is slowly getting hollowed from the inside by termites.

The soldier standing guard at the border can deal with external threats, but who will deal with the internal threats that are eroding our foundations? Over the next 80-100 years, will we end up with a fate like that of Jews and Zoroastrians?

The answer may very well depend on what we do now.

If we let things continue the way they are right now, regrettably, the future does not look optimistic for Dharma. This may not be very apparent right now, but would be very clear in the next 50 years. We need to realize that other communities are playing a long game of 50, 100 years.

If we want to survive, we must be willing to immediately shed off the apathy, diffidence, and self-doubt that a millennium of foreign domination has heaped upon our civilization.

The threat is real and immediate. We must stop pulling each other down and focus on the common challenge facing us. Strong steps need to be taken collectively by us now if we are to protect and promote our civilization. Some of these steps are proposed below.

Steps needed at a Community and Family level

Everything cannot be delegated up to the government. A civilization is ultimately preserved by the individual, the family, and the community.

As individuals, we must become aware of the entire propaganda against Hindus and get organized against it.

We need to recover from this historical amnesia that has been induced upon us and the strong conditioning that has been laid on our minds. Those who have shed the blindfolds must make efforts to awaken other sleeping Hindus.

We must support institutions and people who are working to preserve Dharma. We must contribute in whatever way we can, be it ‘tan, man or dhan’. We need to revive the concept of ‘Dharmansh’, where we keep aside a fixed percentage of our earnings (scriptures suggest 5-10% of gross earnings) towards Dharmic causes.

This money can be donated as per each person’s preference to traditional avenues like temples, gau-shalas, ashrams, mutts, gurukuls, etc or to groups that are protecting Dharma on contemporary fronts like social media awareness, fighting court battles for Hindu causes, reconversions back to Hinduism, etc.

Parents need to take a proactive interest in passing on Dharmic knowledge and values to their children. Till about 20 years ago, this function used to happen automatically by way of large families where everyone used to participate in festivals, religious events, etc.

However, with the shrinkage of family sizes and movement of working adults to cities away from their parents in smaller home towns, there has appeared a chasm in the transmission of these experiences to the new generation.

Parents can start taking small steps to introduce kids to their culture. For example, in addition to the normal birthday, the birth tithi as per the Hindu calendar can also be celebrated by doing a small puja at home or going to the temple.

Another gap that has come to the fore in recent years is our weakening grip in the fields of judiciary, civil services, and media.

These three arms set the narrative and policies of the country. However, they seem to have become heavily penetrated by people antagonistic or indifferent to Hindu interests.

This is seen in increasingly biased and selective media coverage of events, selective judicial over-activism in Hindu matters like Sabarimala and Sani Shingnapur temples, while turning a blind eye towards inequities in other communities, etc.

Therefore, for long-term protection of Dharma, children from Dharmic households must be encouraged to pursue careers in civil services, law, and media.

Finally, each one of us must rekindle pride in our glorious culture and civilization. Let us push back the predictable one-sided attempts at guilt-trapping. Let us again start celebrating our festivals with pride and joy and ignore the naysayers who want to mar the experience.

Let us cleanse our vocabulary and start using words like ‘badhai’ and ‘shubh kaamna’ as greetings during our festivals instead of ‘happy’ and ‘mubarak’. Let us cheer and support those who are trying to preserve our way of life.

Let us be worthy descendants of our awesome ancestors. Let us arise and shine again, let us reclaim our rightful place under the sun! 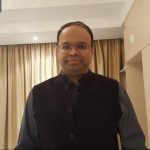