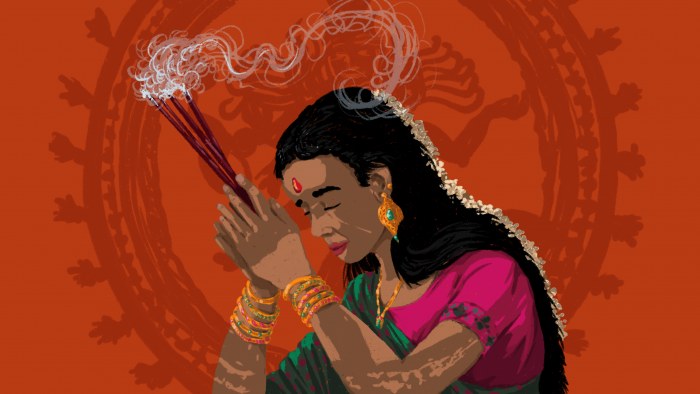 Hinduism is a religion of festivals. A festival is all about happiness, social interaction, tradition, and faiths. Nothing brings people unitedly and together as festivals do. Festivals always bring enthusiasm, celebrations, happiness, and when it is a Hindu festival, it is always engrossing and eventful. There are more festivals celebrated in Hinduism than any other religion in the world. A festival is a belief which not only makes us who we are but it binds us together, and most important its responsibility is to pass it on from one generation to another.

Present-day Hinduism is the third largest religion in the world. A survey reveals that 95 percent of Hindus believe in God. However, the number of festivities celebrated by Hindus is a complicated theology. Hinduism has many traditions, philosophies, heritage, saints, and scriptures. Hindus worship many gods, deities, demigods, and legends and so are the festivals in Hinduism. Together it creates a complex structure. The Hindu religious year covers festivals for all of its gods, goddesses, elements of life and nature around us. Although, many of these festivals we do not recognize and are hardly remembered. Some of the major Hindu festivals celebrated are Deepavali, Holika, Navratri, Durga Puja, Dasara, Dhanteras, Ganesha Chaturthi, Janmashtami, Pongal, Shivaratri, Baisakhi, Chhath Puja, Makar Sankranti, Karvachauth, Ram Navami, etc.

The list of festivals is fairly long and complicated.

When we try to understand and segregate the festivals, one of the most obvious divisions might be something like:

Most of the festivals mentioned are celebrated dating from the second century BCE. Despite all the effort made for thousands of years and ages, to preserve numerous religious festivals, still many have been forgotten, especially in the last century. There were many more festivals and fairs celebrated in Hinduism in the ancient and medieval periods of which we find no trace at present. And mostly in the last century, they have almost ended. These were the popular and important festivals of Hinduism. Some of them had great significance and were celebrated across India in many regions and we can find proof of them till the last century. But we cannot find these festivals today and people are not even aware of such events or rituals. Some of the essential forgotten festivals from ancient India are as follows.

Madana-Trayodashi was also known as Kama Trayodasi. This festival was celebrated on Chaitra Sukla Paksha on the thirteenth day. This was the festival of Love. Madana and Rati were considered as the god and goddess of love. Madana is the son of Krishna and Rukmini. In this festival, the pair of love god and goddess was worshipped with flowers, songs, and dances in ancient times. This festival was mostly celebrated in the whole of northern India and some parts of South India in the medieval period. 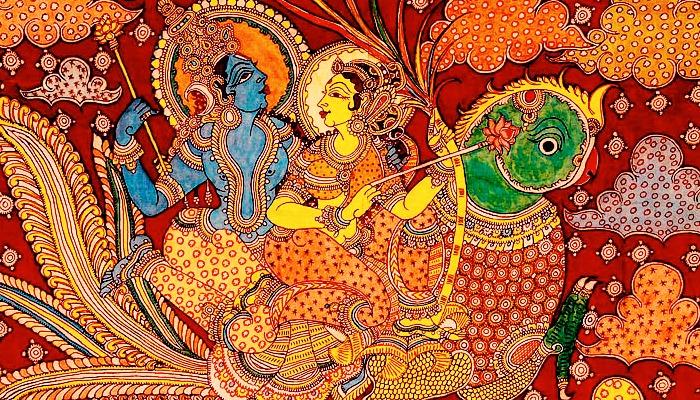 In some parts of India, it was the day dedicated to Lord Shiva. There is an interesting story of how Lord Shiva was awakened from meditation with the help of God Madana to save the world. Madana Utasava is also celebrated in honor of God Madana. This ancient festival was performed annually with an enormous celebration as a love festival between husband and wife. The husbands were supposed to make their wives happy on this auspicious day. This festival is no longer celebrated. It was slowly overtaken by Holi which occurs one month earlier before this festival and as a rival festival.

Alakshmi Puja (meaning “not Lakshmi”): Alakshmi puja is mentioned in connection with the Rig Vedic goddess as Nirrti in Padma Purana. Alaksmi puja used to be done on the day of the new moon in the Kartik month at dusk specifically. She is represented as an elder sister to Goddess Lakshmi. Similar to Goddess Lakshmi, Alaskhmi emerged from the ocean at its churning by the gods and asuras, but no one was prepared to accept her. 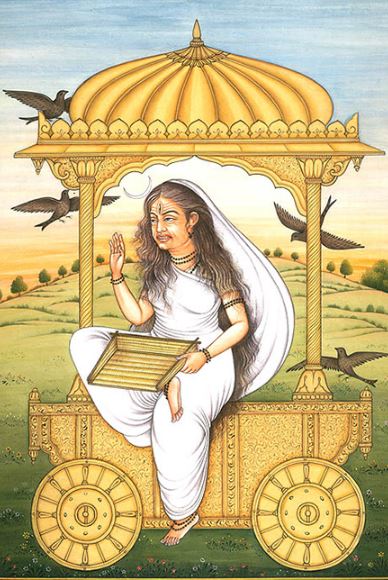 Finally, she was given a place where bones and ashes were cremated, where men lie and husbands and wives always fight. God Alakshmi was worshipped with black flowers and brooms. In ancient times people used to worship Alakshmi with devotion so she spared them from visiting her. This worship was done before the Lakshmi puja on Diwali with dedication and commitment. It was considered before Goddess Lakshmi came, Alakshmi should be sent away from the house. After the whole house is cleaned on Diwali this Alakshmi puja was to be performed. It is still important to purchase brooms on Diwali in some parts of India. But this puja is missed now on Diwali throughout India.

Shashthi: Goddess Shashthi is considered as the female deity who takes care of newborn babies, children’s health, and from all infantile mishaps. She is also the deity of vegetation and reproduction and is widely regarded as the benefactor and protector of children and deity of every household. In different parts of India, this festival was celebrated with different names and in different months but all on the sixth day of the Hindu month. Ashoka Shashthi was celebrated on Chaitra Shukla paksha, the sixth day in northern India. On this day women drink water from six flower-buds of the Ashoka tree to secure the well-being of their children. 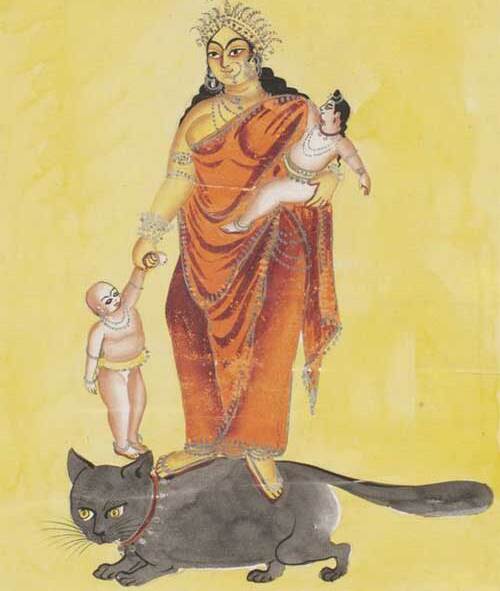 References to this goddess appear in Hindu scriptures as early as the eighth and ninth century BCE, in which she is associated with children as well as the Hindu war-god Skanda. In Bengal and South India, it was known as Aranya Shashthi that falls on Jyeshtha Shukla paksha again on the sixth day. Women used to walk in natural forests, collect and eat only fruit and offer prayers to the Shashthi goddess for strong and beautiful children. Then Khas Shashthi was celebrated on Paush Shukla paksha, the sixth day. A fast was observed on this day and the goddess was worshipped for long life and preserving their children. This was an important festival celebrated with great zeal similar to Karva Chauth and Chhath.

Bhishma Ashtami: This festival was celebrated on Magha Shukla paksha on the eighth day, It was considered as the anniversary of the death of Bhishma, who was one of the exceptional heroes of the Mahabharata and played a pivotal role in the war between the Pandavas and Kauravas. 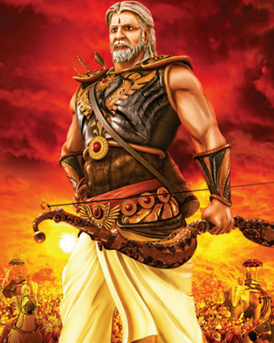 Bhishma did not marry to have any rival for his stepmother’s children. This festival was recognized by the whole nation and by all castes. Many rituals were performed during noon in memory of Bhishma. On this day in the evening, boiled rice was offered in water. It was considered that by performing this ritual the sins men committed in that year would be diminished and it purified their souls. This was a major festival in India, but it is not an important event anymore and has been lost completely.

Svastika Vrata: This was another significant devotion performed during the Shravan period for four consecutive months in the rainy season, every evening. Women from the house used to draw Svastikas for good luck. This Swastika was worshipped daily for four months. At the end of the season, a Brahman(from the upper caste) was presented with a gold or silver plate of the swastika symbol. This worship was connected with the worship of the sun and was performed from the ancient period in Bharatvarsh. This was also an essential festival and was celebrated with great fervor but not anymore.

India is and was always a land of festivals, but in the twenty-first century we are not aware of various religious festivals and we now celebrate limited ones. The festivals we celebrate are just for comfort and posting pictures on social media. We tend to neglect many of our festivals. And the reason for neglecting them is that the present generation has stopped believing in ancient festivals and the older generation has stopped discussing their significance. Gradually more and more such festivals are vanishing every day. And if it outlasts the same way, then in the next few decades we will forget many more festivals of our chronicle.

Manhar Sharma is an IT professional, Author, and Mythologist. Manhar has a strong passion for Vedic literature after having spent almost a decade studying IndianRead more