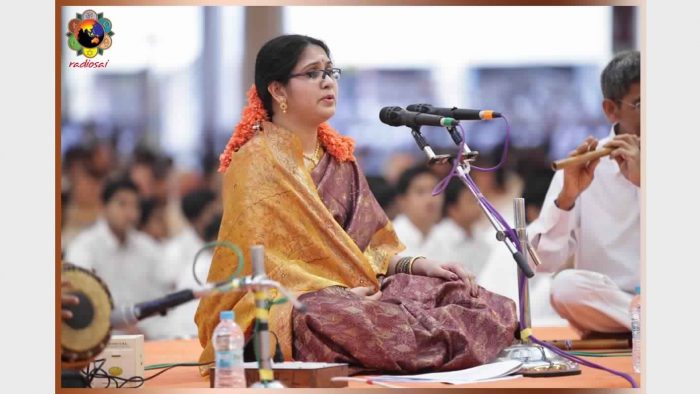 Mauri, the much awaited second book of Abhaya collection by Saiswaroopa Iyer is set to release on 9th June 2018 on Amazon Kindle Store. Set in the times of Mahabharata, the books explores lesser known stories of the timeless epic of India from the perspectives of strong female protagonists. The opening Title, Abhaya, was released on Kindle store in November 2015 and has received praise from acclaimed authors and reviewers. Abhaya was at number one on Kindle Store for many weeks in 2016 and was later launched in hard cover too.

“Abhaya allows us to delve into the world of our ancestors and Gods through the route of great storytelling and a brilliant narrative. A thoroughly enjoyable read” – Amish Tripathi

She wanted to kill the man who others called a God.

Love is but an obstacle in her path

With her father’s death shattering her world, Mauri is torn away from everything she had once loved. Anger replacing every emotion within her, she seeks only one thing. To kill her father’s killer. Even if the man is none less than Krishna Vaasudeva, the man who people worshipped as a God! Someone stands in the way, reining in her bitterness when she is the least prepared for it. The Rakshasa Prince Ghatotkacha! But by the time love sprouts within her, Mauri has gone too far in her thirst for vengeance. Can Mauri save herself and Ghatotkacha before the consequences of her own actions can destroy both their worlds? 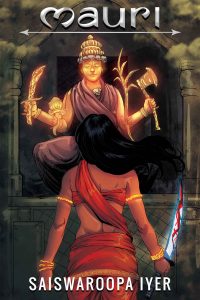 The smile on Ghatotkacha’s face faded the moment he saw the figure that had appeared atop the wall. Unknown to him, his fists curled over his club and heart fought against the searing pain of the memory. The memory of betrayal. His intensified gaze and a placid forehead contrasted each other. No more of this. Not now!

Mauri saw him. Like he commanded a new surge of energy after their last meeting. Mauri had little in her defence. And she had other things on her mind before she could take an interest in defending herself. In fact, she had no wish to defend her past actions. Face it! But her predicament sorely needed external help and his demeanour did not leave much hope. Mauri steeled her heart and inhaled. She was going to need all her energies for this!

She forced a smile onto her lips and looked at him, trying to summon her old self. “So, we have visitors!” she thundered, glancing at his small band of Rakshasa followers. “But I regret to inform you that the temple is closed to pilgrims indefinitely.”

“Closed to pilgrims, open to monstrous rogues and their heartless little minions.” Ghatotkacha retorted. “Perhaps there needs to be a change.”

Her guilt notwithstanding, Mauri was not going to brook being called names, much less, being called a minion to a crafty coward like Alambusha. Still, his pain when he uttered the word ‘heartless’ did not go unnoticed by her. Her frown narrowed, fighting back any traces of regret. In vain though. “Change comes at a price, Rakshasa Prince, sorry, King. Though I must say the population under your command has dwindled too much for one to still consider you a king.” She could see his annoyance mounting. Something amused her about it. “So tell me what you can pay, Ghatotkacha!”

Ghatotkacha threw his head up and shrugged looking around. “I would have loved to play a game of word parlay. Except this is no stage and there is no audience to enjoy the exchange.” His eyes betrayed impatience. “I come to keep a promise. A promise of protection that was given to this sacred place under the rule of my uncle, Emperor Yudhishtira. My demand is clear, daughter of late commander Mura. Open the gates, surrender the rogue Rakshasa traitors to me. Open up this temple of the Supreme Goddess to those who deserve to see Her.”

“I asked for a price you could pay and you repeat the demand. By the Goddess, someone needs to grow up!” Mauri sneered back and leaned against a pole, feigning nonchalance. This was all going nowhere—her show of hostility, his mounting anger, Dhatri’s life in danger, and Alambusha preferring to hide inside the inner circle. She needed to break away. She struck upon a frantic plan, praying all Gods for its success. “There seems to be only one language you understand. Defeat me, and you can have a free pass inside.”

Formerly an analyst with a Venture capital firm, Saiswaroopa currently writes Puranic fiction, with a focus on lesser known heroines of Ancient India. Mauri is her third work of fiction after Abhaya and Avishi. Her interests include Carnatic Music, Philosophy, History and Literature of India. She won a state level gold medal from TTD in rendering Annamacharya Kritis. She holds an MBA from Indian Institute of Technology Kharagpur.