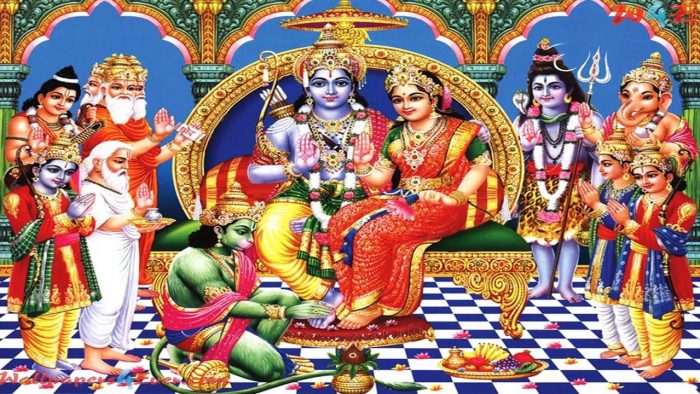 The birthplace of Rama, Ayodhya, is the epicenter of Ramayanam (Journey of Rama), the embodiment of the tale of love and sacrifice, which still resonates with billions of Hindus in India as well as across the world. Located on the banks of Sarayu river, Ayodhya has remained the civilizational center of India for thousands of years.

Rebuilding the Rama temple in his birthplace begins after a gap of about five centuries. In an event that is reminiscent of the destruction of evil, which is akin to the second death of Ravana, the new foundation is being laid for a grand structure to replace the destroyed ancient monument.

Rebuilding the Ram Mandir is proof that truth alone triumphs. There were many efforts to dismiss the existence of a temple at the site by vested groups when that was not possible due to the massive availability of evidence, these groups began offering alternatives such as building schools, colleges, or hospitals.

Humongous efforts were launched by numerous media houses, and vested groups, to keep the place that is deeply revered by Hindus as the birthplace of Rama, away from his devotees. The case dragged on in the court for decades before finally drawing to a peaceful conclusion.

Rama’s story (Rama Katha) is embedded in the collective memory of India ever since the composition of Valmiki was sung by Lava and Kusha, the twin sons of Rama. It is impossible for anyone growing up in India to say precisely when they first heard the name of Rama or Ramayana, for it is so deeply embedded within the invisible fabric of India that it ties the populace of this vast land of India seamlessly together.

Spirituality is neither defined, nor does it form a part of the popular conversation, but it is felt at every level each time the name of Rama is uttered or a Ramalila is performed. Ramnavami, the annual celebration of the birth of Rama marks a sense of this bond shared by all Indians.

That deeper internal bond that one cannot name is Rama. Therefore, the foundation of the Rama temple marks the revival of the community in India. The beating heart of identity reawakens in India. Every brick that was worshipped, wrapped, and carried to Ram Janmasthan years ago represents the hopes and aspirations of India. This is a new beginning for the emerging new India.

Rama lived the true spirit of niṣkāmakarma. He only ever considered the wishes and happiness of everyone around him, but never his own under any circumstance, and as we well know to his own detriment. Rama’s journey is the story of love and sacrifice. Treated poorly for no fault of his own, Rama accepted every impossible challenge strewn on his path and emerged triumphantly.

At the tender age of sixteen, he was requested to guard the yajna of Vishwamitra from the destructive demons. Upon successfully guarding the yajna, Vishwamitra comes to hear about the svayamvara of Sita at Mithila. Here again, Rama triumphs by raising Shiva’s bow, an impossible task, and the bow even break before he can string it!

Selected to rule the empire, Rama prepares for his coronation by observing the ceremonial fast. However, on the day of the coronation, he is asked to leave Ayodhya and go to the forest on exile, the coronation is canceled on the wishes of Kaikeyi, his step-mother. Leaving the kingdom to Bharata, his younger brother, and Kaikeyi’s son, for the next fourteen years, Rama traverses throughout India reaching Sri Lanka.

However, throughout all his travels across India, Rama never really leaves Ayodhya in spirit, as his brother Bharata ensures Rama’s rule in Ayodhya through placing Rama’s footwear on the throne.

From Mithila in the Himalayas to Ram Sethu, which links India to Sri Lanka, Rama has connected the entire Indian subcontinent through his footsteps. Now that the foundation stone laying ceremony is taking place in Ayodhya on August 5, 2020, this thread of unity that Rama has created for us reverberates with resounding energy. The pulse of India quickens with this modern triumph of Rama.

The final year of exile is the toughest of Rama’s travels. Surpanakha arrives at their ashram, ultimately leading to the kidnapping of Sita. In search of his wife, Rama meets new associates, the best of whom is Hanuman. Upon discovering the location of Sita through Hanuman, Rama accomplished the impossible task of building a bridge, now called Ram Sethu, to cross the Indian ocean, and reaching Lanka.

Rama emerges victorious with his monkey army over the well-prepared demon army of Ravana. Rama’s return to Ayodhya with Sita and Lakshmana, and his just rule thereafter is legendary. ‘rāma rājya’ has become synonymous with an ideal administration which strives for the well being of all its citizenry.

The second part of his story is recollected in the Uttara Ramacharita. Heeding to the suspicion expressed by a citizen washer-man over the character of Sita who has stayed at another man’s house for so long, Rama sends his wife to Valmiki’s ashram, an unfortunate event considering that Sita was pregnant at that time.

But Rama the King had to give in to his rājya dharma over his personal love for his beloved wife. And all joy leaves Rama, who has taken the vow of ekapatnīvrata (monogamy), soon as Sita leaves his chambers. However, he does not allow his anguish to interfere, and never wavers from his duty of taking care of his subjects; Rama thus brings ānanda to everyone at the cost of great personal loss and pain; all those who come in contact with him are benefitted, except for himself and his wife ultimately.

Another aspect of Rama’s triumph may be seen in the way the construction of the temple in his name, at the place of his birth, has manifested itself after centuries of struggle. The Bhumi Pujan for this temple in Ayodhya on August 5, 2020, is thus a dream come true, a grand culmination of the fight for the truth.

Rama’s journey is unique indeed, it is a demonstration of victory against all odds. This 21st century Ram Janmasthan Mandir will always remain, and be reminiscent of all of Rama’s other victories. Jai Shree Raama! 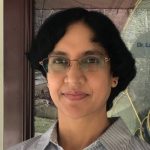