An Ode to Orchha 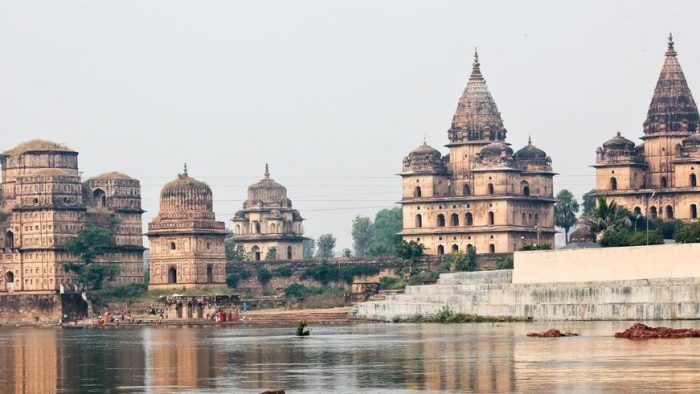 Lord Ram’s ruling of Ayodhya as a king is the ultimate example of an ideal ruler. People of India yearn and strive for such a governance. At the same time I cannot stop myself from mentioning that Mata Sita was also an ideal queen who left the palace and the kingdom to save her husband the king from a धर्म संकट and made a sacrifice for the people of Ayodhya.

There is one more place in India where the people consider and worship lord Ram as their king. The forts, palaces, temples and chhatris (cenotaphs) in this town were an inspiration for Edwin Lutyens to design New Delhi.

Can you guess which place is this?

It is the one time capital of the Suryavanshi Bundela Rajput kings – Orchha, in Tikamgarh district of Madhya Pradesh situated around 18 kms from Jhansi.

Bundela Rajput’s reign in northern India (today’s southern Uttar Pradesh and northern Madhya Pradesh region) began in the 14th century and that is why this region came to be known as Bundelkhand. When Raja Rudra Pratap ascended the throne of Bundelkhand in 1501, Garh Kundar was the capital of the Bundela Rajputs. Babar invaded Delhi in the beginning of the 16th century and was trying to expand the boundaries of his kingdom. Due to this reason Raja Rudra Pratap made plans to shift his capital to a more secure and strategic location. For this he chose a riverine island on the Betwa River in Orchha situated about 56 kms from Garh Kundar. Accordingly, in May 1531 construction of the fort began on this riverine island. Unfortunately in the same year Raja Rudra Pratap died in an accident. After him, his son Bharti Chand occupied the throne of Bundelkhand. Raja Bharti Chand successfully completed his father’s unfinished work and shifted the capital to Orchha in 1539. 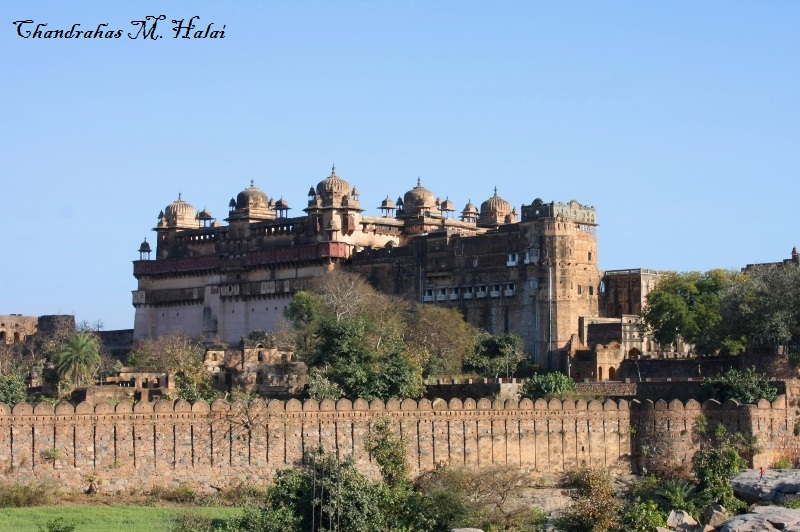 The main attraction in the Orchha fort is the Raj Mahal. This palace contains many beautiful wall paintings based on Das avatar, Ramayan and Mahabharat. 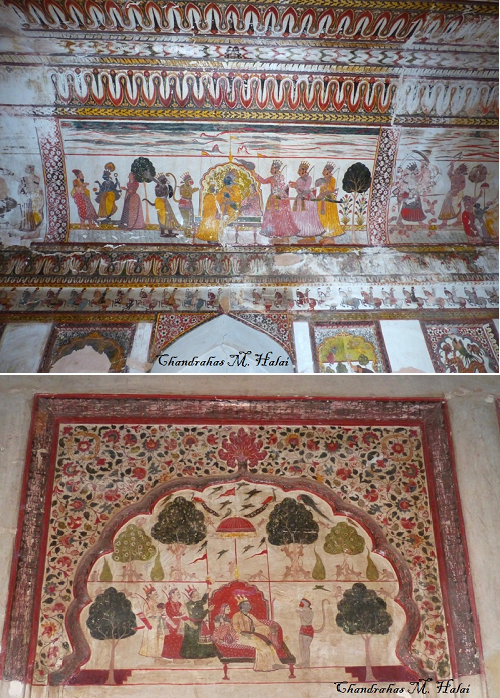 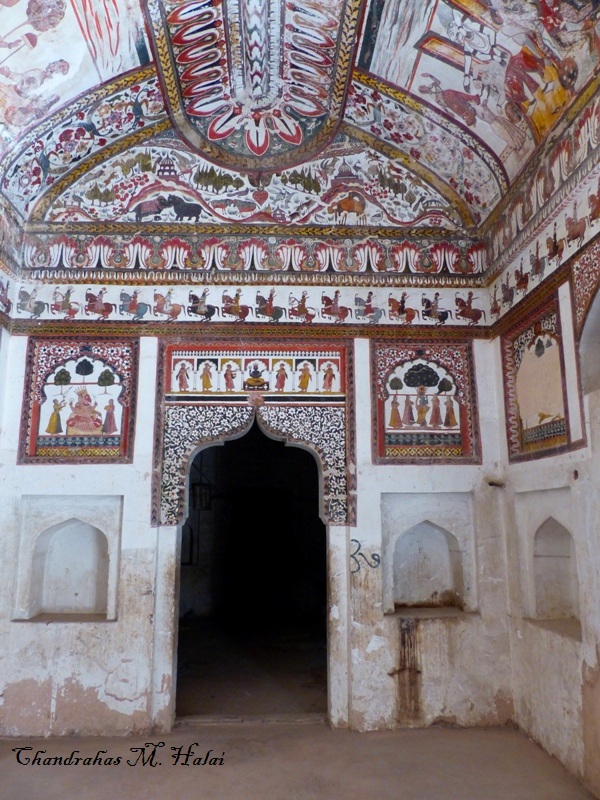 Madhukar Shah’s principal Queen Ganesh Kunvari was a devotee of Lord Ram. Once during a pilgrimage to Ayodhya, Queen Ganesh Kunvari took a dip in the river Sarayu and found a beautiful sculpture of Lord Ram. When Raja Madhukar Shah got this news in Orchha, he decided to construct a magnificent temple having unique architecture on a high rock for the worship of Lord Ram. When the Queen returned to Orchha along with the sculpture of Lord Ram the construction of the temple was not yet complete. Hence, temporarily the queen installed the deity in her private palace situated next to the temple construction site. According to a folk lore, when the construction of the temple was completed, efforts were made to shift the Lord to the temple but the Lord refused to budge from the palace. Lord had permanently settled in the palace. Raja Madhukar Shah in his devotion for the lord declared that hence forth Lord Ram will be the king of Orchha and he will govern his kingdom as his sevak. People of Orchha started worshipping lord Ram as their king and the palace started to be called as the Ram Raja Mandir. In today’s time Madhya Pradesh government officially recognizes Lord Ram as the king of Orchha and the state police gives a gun salute to their king on a daily basis.

The temple next to Ram Raja Mandir which was originally being constructed for Lord Ram is now Chatturbhuj Vishnu temple. Chatturbhuj temple has a unique architecture for a temple, with arches and ribbed domes. 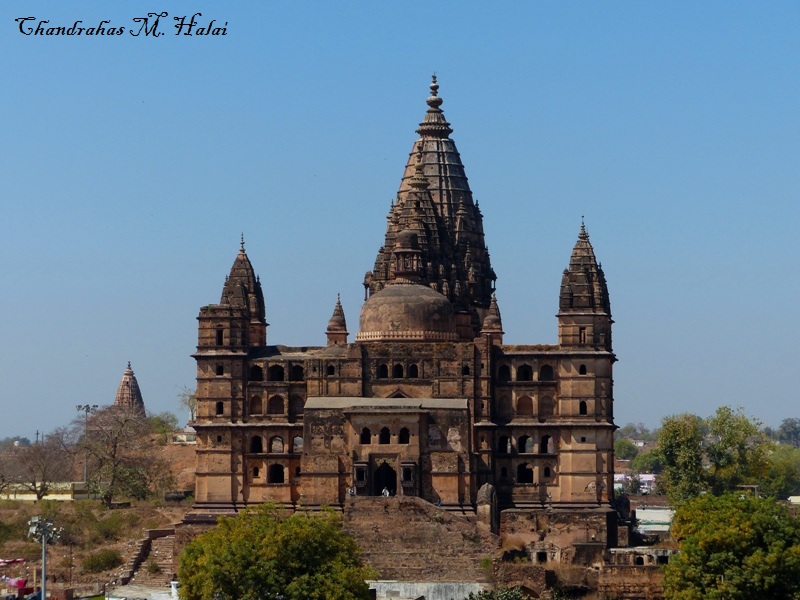 During Madhukar Shah’s reign there was an impending danger of invasion by Akbar’s Mughal army. Hence, Madhukar Shah divided his kingdom amongst his 8 sons. In 1577, Akbar’s army defeated the Bundela Rajputs and made them his feudatories.

There was friction between Akbar and his son Salim. Salim suspected that his father’s most trusted adviser Abul Fazl was poisoning his father’s mind against him. Abul Fazl was amongst Akbar’s nine gems and also the court historian. One of Madhukar Shah’s sons Bir Singh Deo was Salim’s friend. Salim sought Bir Singh Deo’s help to eliminate Abul Fazl. Bir singh slyly invited Abul Fazl to negotiate a peace treaty and then beheaded him. It is said that to impress Salim, Bir Singh sent Abul Fazl’s head to him.

After becoming the king of Orchha, Bir Singh Deo built a magnificent and a very beautiful palace inside the Orchha fort, Jahangir Mahal to honour his friend. There is an amalgamation of various architectural styles in this palace, which also has a lot of symmetry in its layout. 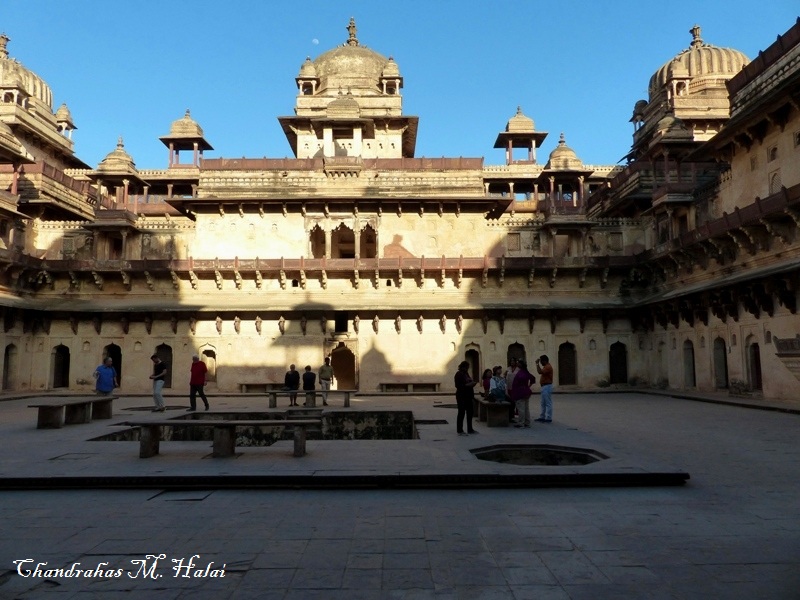 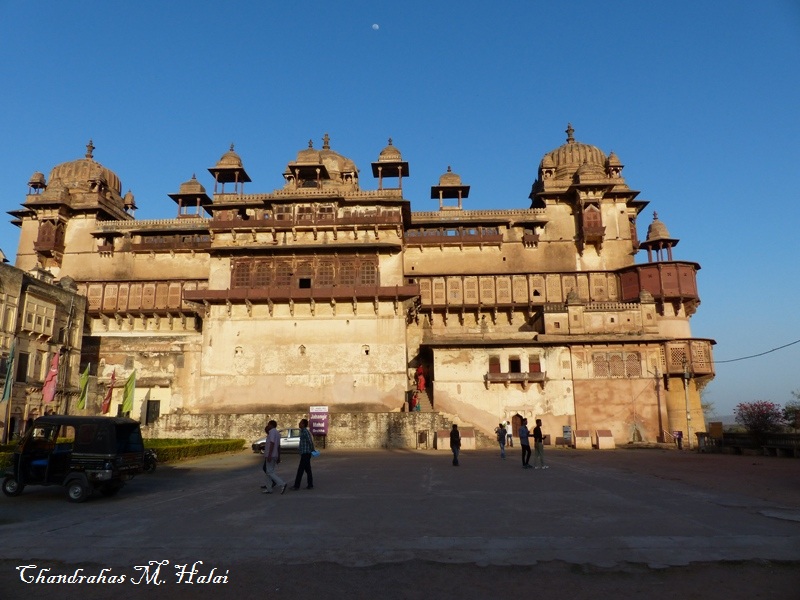 Raj Mahal was the main palace for Raja Bir Singh Deo, hence it came to be known as the Raja Mahal. 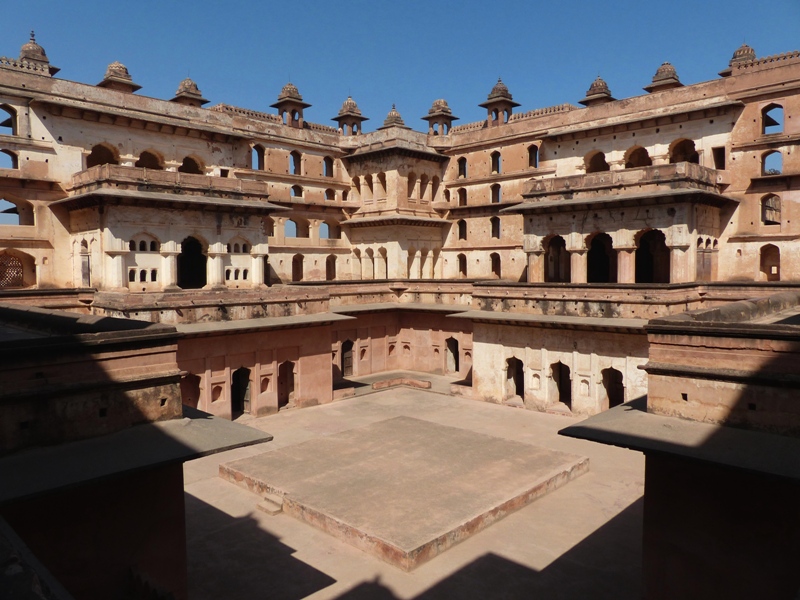 To reach the fort on the riverine island, Bir Singh had constructed a bridge on the Betwa river. This bridge now known as the Bir Singh Bridge is still intact and in use since last 400 years and is an engineering marvel.

In 1622, on a high hill on the outskirts of Orchha, Bir Singh Deo built a unique Laxmi Narayan temple. The layout of this temple is more like a fort. On the inside walls of the temple beautiful wall paintings were done during the period from the 17th to the 19th century. From this temple you can get a very beautiful view of the entire Orchha town.

From 1672 to 1675, Indramani was the king of Orchha. He was in love with his extremely beautiful court dancer, Rai Parveen. Rai Parveen was also a good poet, singer and musician. Raja Indramani built a beautiful palace inside the Orchha fort for his lover, which is now known as the Rai Parveen Mahal.

In the 18th century, Raja Udait Singh built Sheesh Mahal, next to Jahangir Mahal, as his personal rest house. This palace has now been converted into a restaurant and hotel by the Madhya Pradesh Tourism Development Corporation.

On the banks of the Betwa River are built 15 towering chhatris (cenotaphs) honouring the members of the royal family. These buildings too are a fusion of various architectural styles. 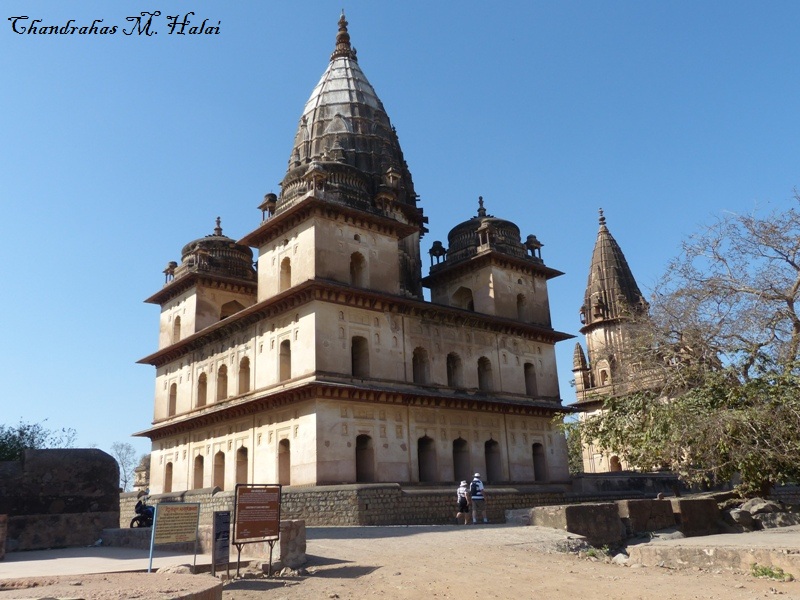 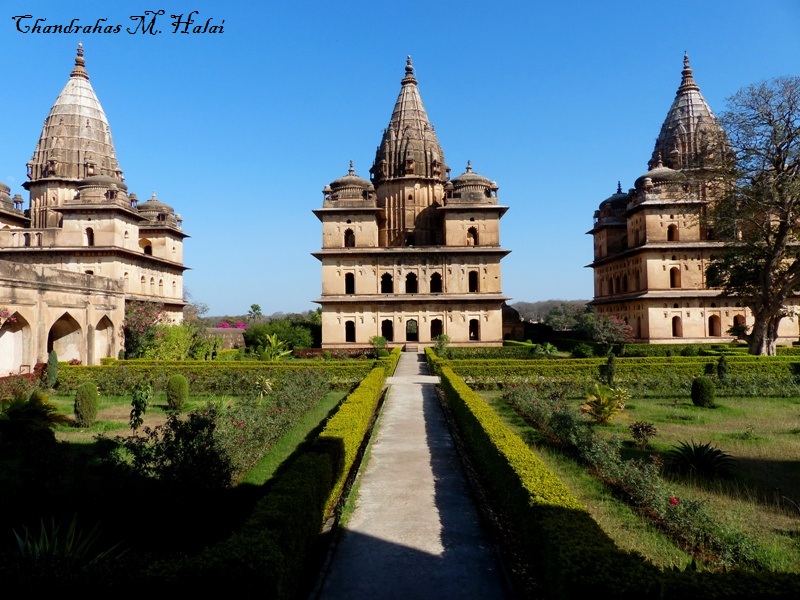 It is said that Edwin Lutyens was inspired by the architectural marvels of Orchha while designing New Delhi. Magnificent buildings of Orchha enliven the glorious history of Bundelkhand.