Adi Keshav to Pakistani Mahadev: A Banaras Morning to Remember 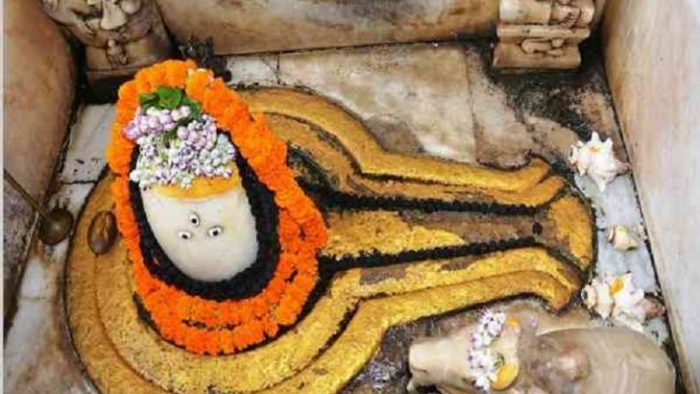 I felt like an original explorer that morning. I missed getting out by sunrise as I had planned. But, being a winter morning, it was still not too sunny when I ventured out at 8, and the streets were just getting a little busy in Varanasi. I got into an electric auto rickshaw and asked for Adi Keshav mandir. The driver drew a blank, and then I told him Raj Ghat. Still, he wasn’t too convinced. 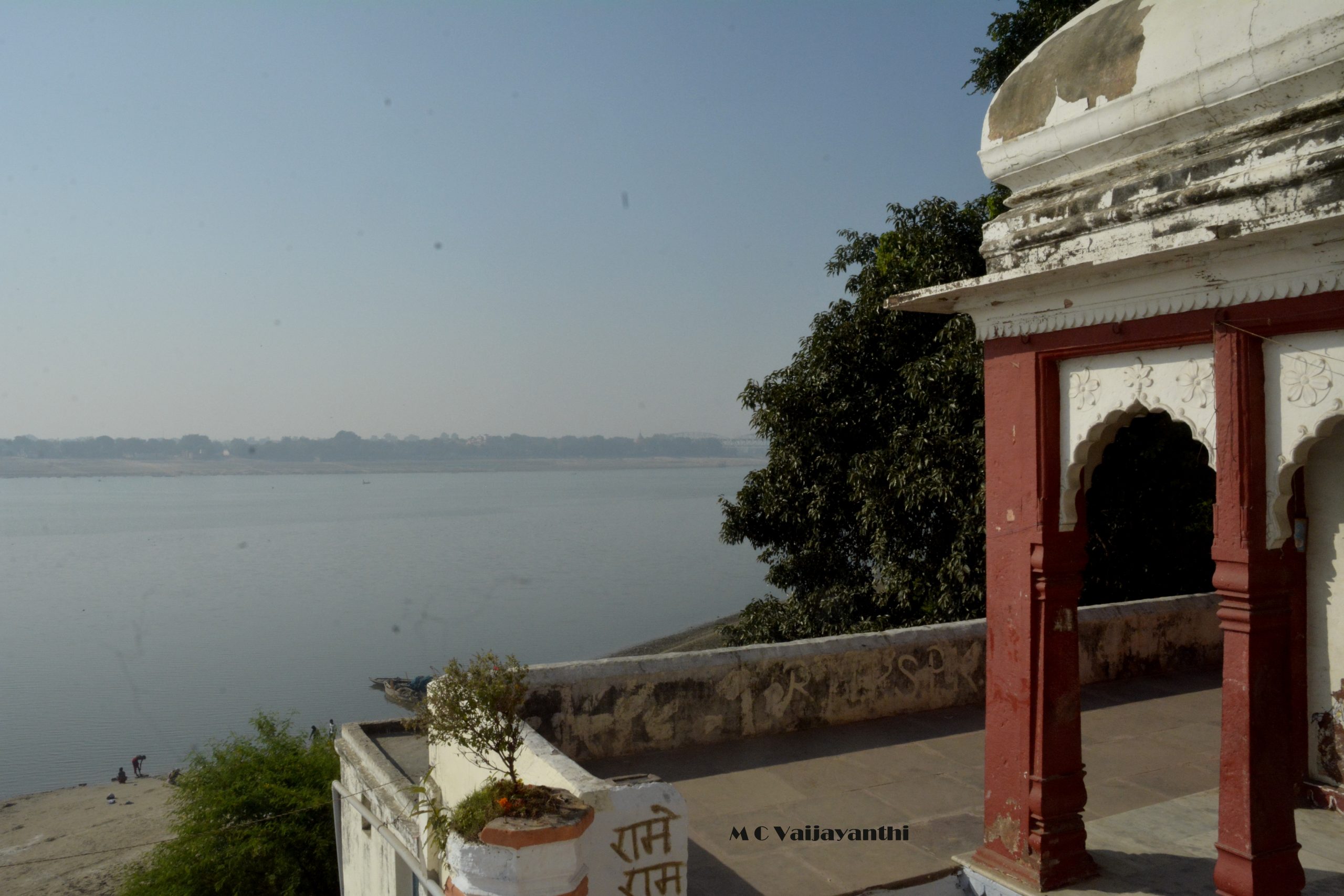 (Pic: Ganga Darshan from the Temple)

I opened up the GPS and told him to head straight towards Raj Ghat. I knew the best way would have been to go to Assi Ghat and take a boat ride rather than rough it out on Kashi’s streets. Just laziness or my dizziness in looking down into water while getting on to a boat, I avoided it. It was a pretty long ride, and once we were close to the point where the road splits, and the one on right leading to Raj Ghat, we asked for Adi Keshav mandir and got directions. The GPS took us straight up to the lane inside where the temple is tucked in snugly.

On the way, we crossed the archaeological ruins of the old Kashi, considered to have been the city of Kashi in olden days, and within the complex where the Lal Khan Tomb is situated. Lal Khan is said to have been the commander of the Kashi Naresh, in whose memory the king built a tomb in 1773 CE. Then came the sprawling Theosophical Society and the Besant School. 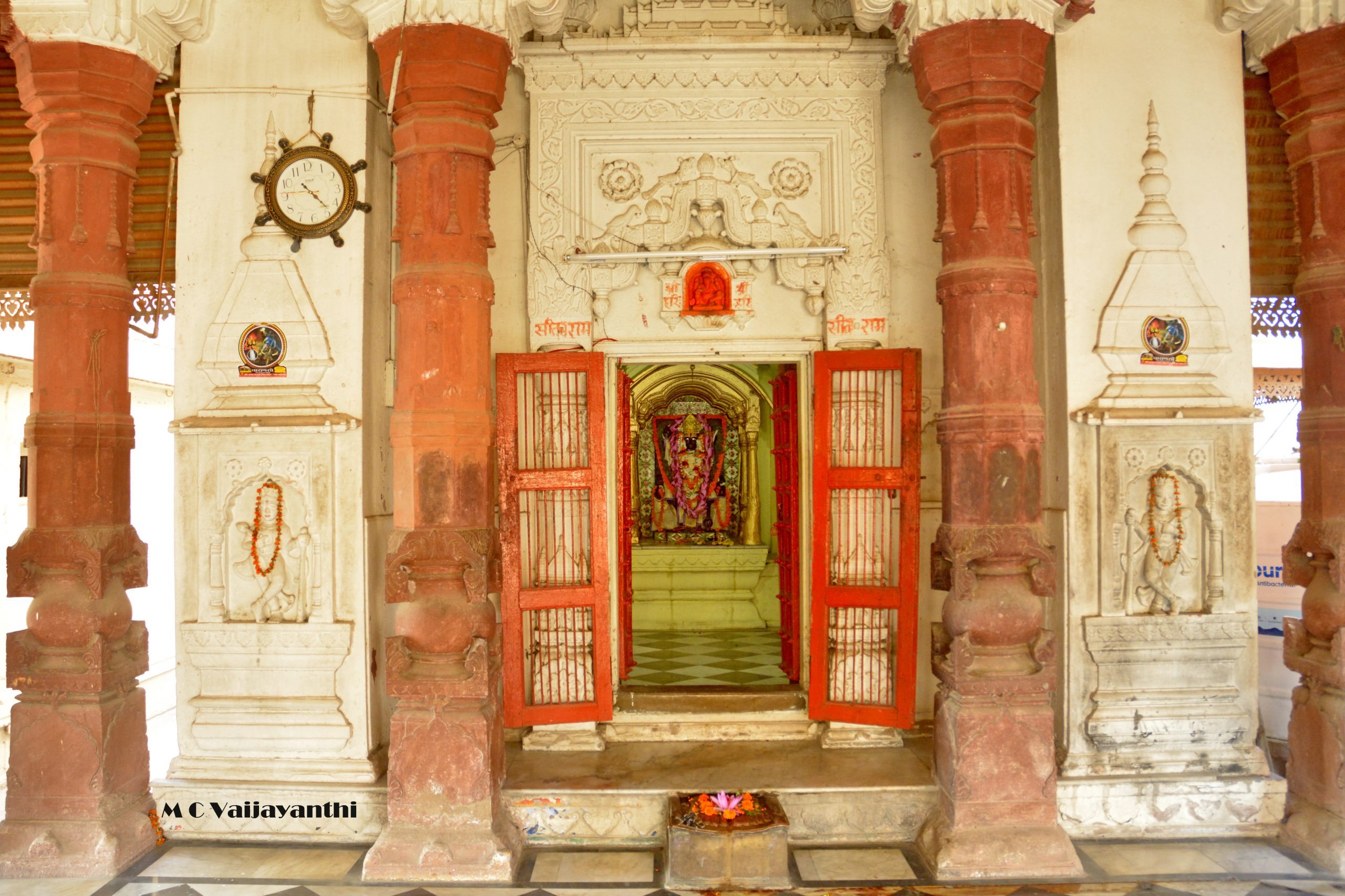 Towards the end of that road on the right side a small lane going towards the Varuna ghat is where the Mandir is situated. There were houses in a haphazard manner, and in between those was the temple. We have to climb a few stairs, to enter the Adi Keshav temple. There is a small plaque put up by the Ministry of Housing and Urban Affairs that gives a brief description of the temple.

“The importance of Adi Keshav Ghat has been mentioned in Kashi Khanda Matsya Purana and Linga Purana. This ghat is also known as Varuna Sangam Ghat according to Kashi Khanda after being advised by Lord Shiva Lord Vishnu put his first step in Kashi at this ghat after he washed his foot he left a foot impression on the ghat where he installed a statue of his own. This pilgrimage is also known as Padadak Tirth it is believed that a holi dip at this spot helps to free the devotees from the circle of life and death. Bhudevi. Sridevi and Keshavaditya are also worshipped at this temple. The temple of Adi Keshav has a Sabha Mantap and a Garbh Griha.”

Unfortunately, the plaque doesn’t give any dates, on the original temple, its reconstruction etc.  A lady I met at the temple, from the family of priests who have been taking care of the temple for four generations, said Garhwal King while on a hunting expedition found the temple and rebuilt it. That again was without a date, and I presumed it was the last of the constructions after which her family has been at the service there. 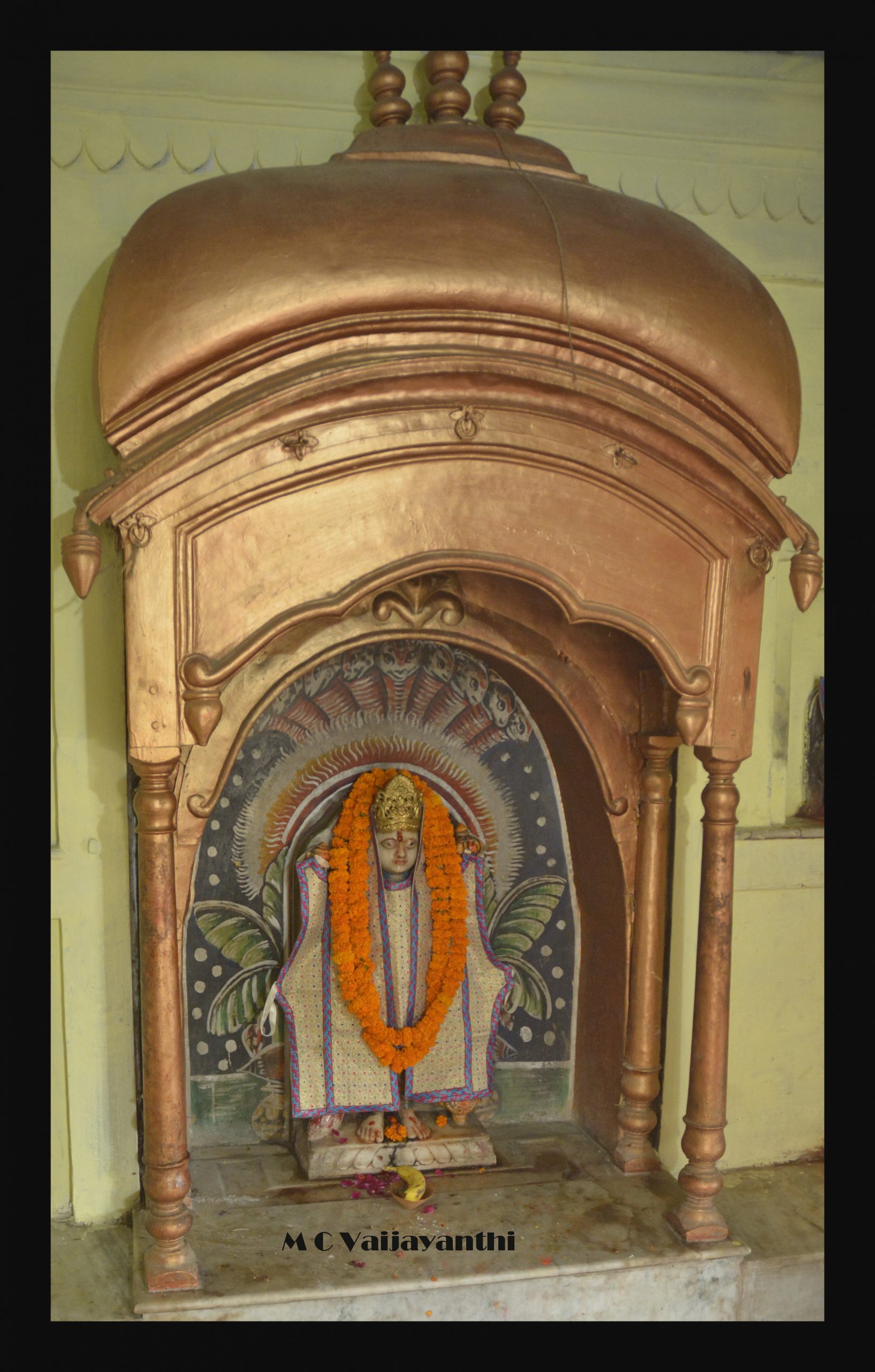 But, a little search yielded these dates – The one built by the Garhwal kings seem to be the oldest, since there is a reference saying it was destroyed in 1194 CE after the establishment of the temple. After the Islamic invasions and rule over Banaras, the temple was rebuilt in 1807 CE by the Scindias of Gwalior. There was a disruption again during the 1857 CE uprising against the British, when the temple was taken over by the British forces and the Pujari evicted. According the website kashikatha.com two years after eviction Pujari Keshav Bhatt requested British to give permission for restarting the Pujas. Since then the nityapujas continue unhindered. 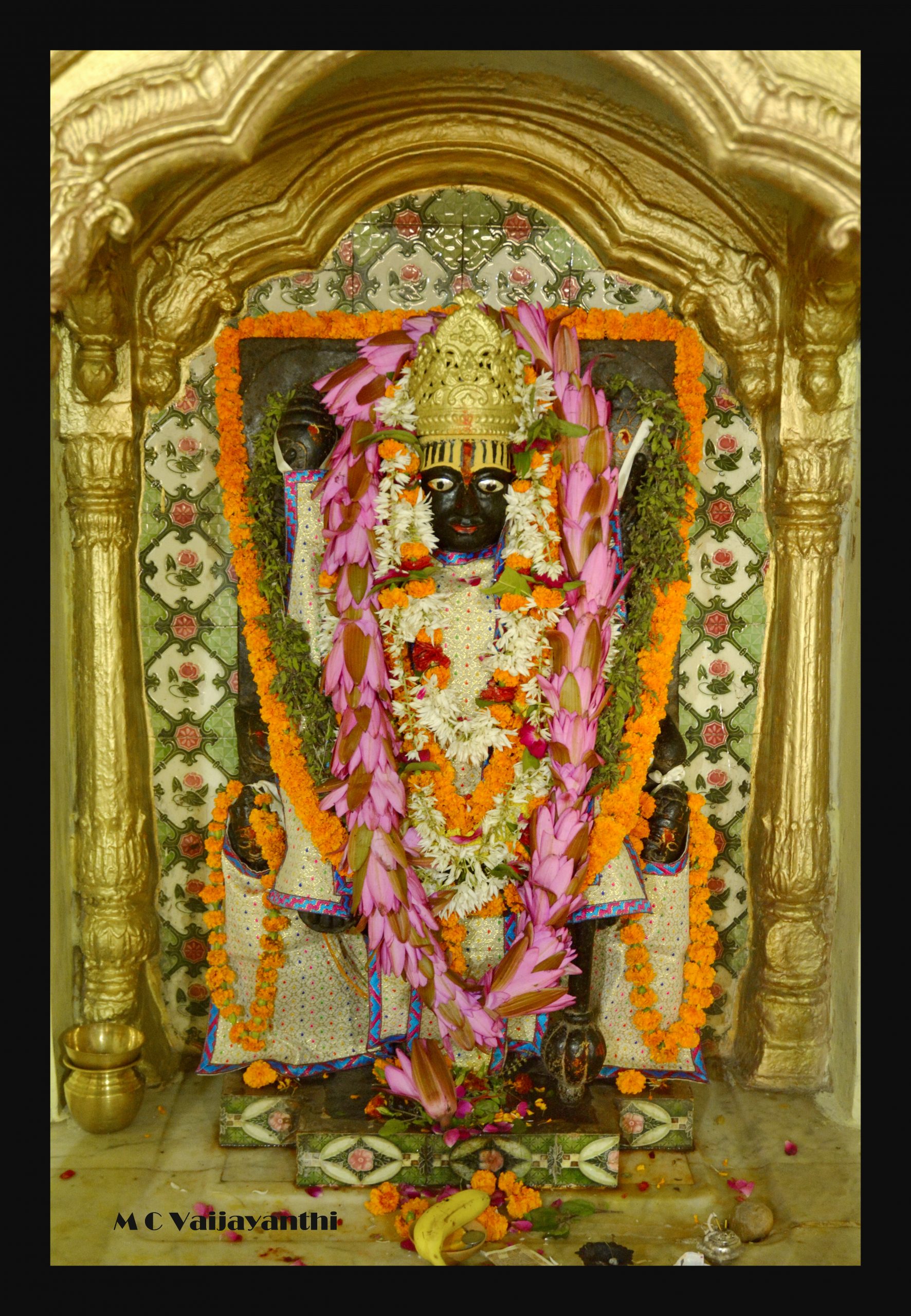 As far as the legend of the temple goes, which is also indicative of its antiquity, it is connected with the Puranic lore of King Divodasa. After Shiva and Parvati left the city of Kashi to be back in their Himalayan abode, a mighty King Divodasa ruled the city with great strength and prosperity. But, the Gods including Shiva and Parvati couldn’t come back to the city. There is a detailed story of the Leela by which the Gods repossessed the city in mailfromindia.com website in English. Once it became difficult to unseat Divodasa who in his earlier avtar as Ripunjay was sent by Brahma with specific purpose to Kashi. Finally, Vishnu had to come down and with a deceit find place in Kashi, and also pave for Shiva and Parvati to come back. 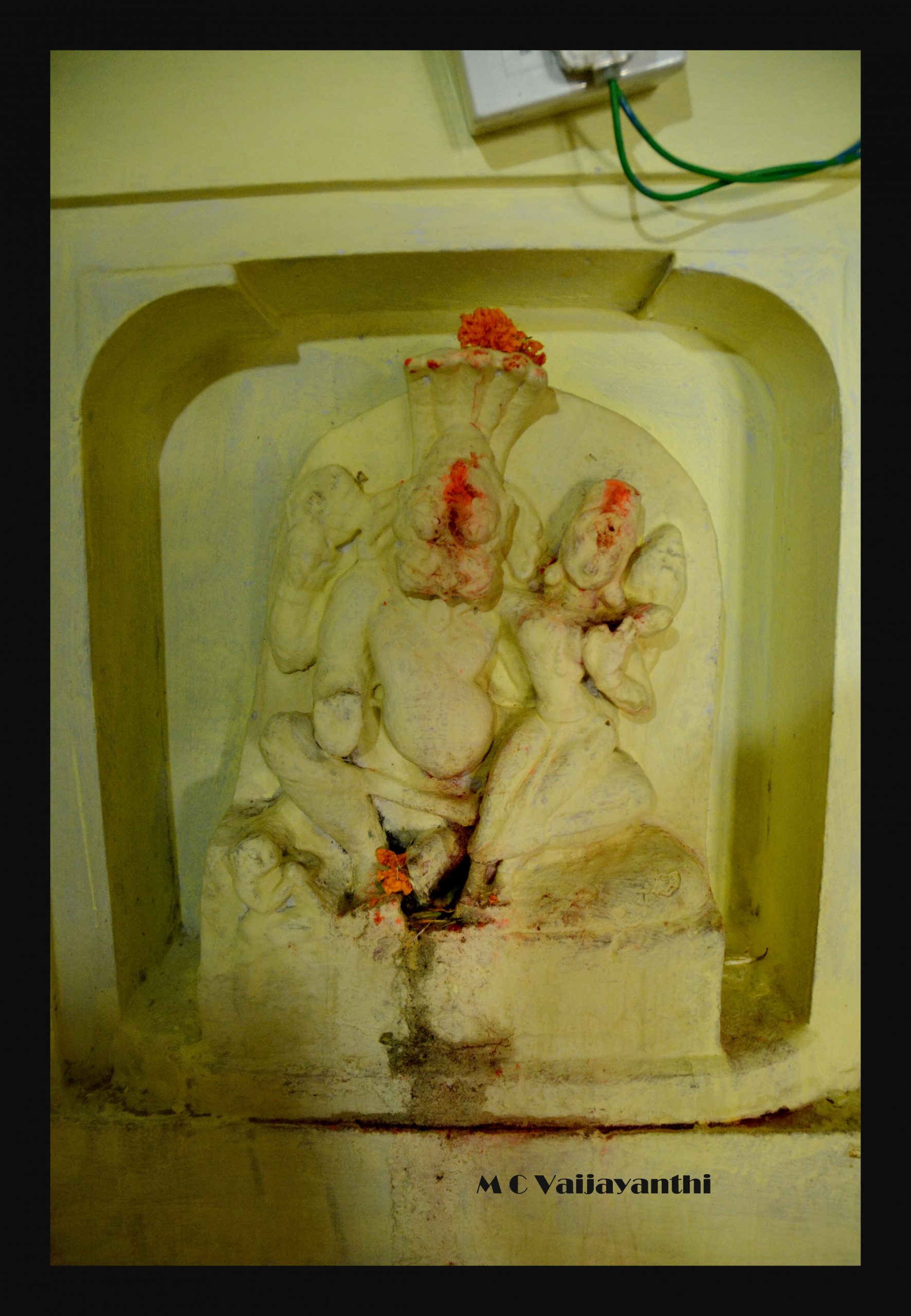 More often than not we dismiss Sthala Puranas – but, they are essential to understand Kashi. To connect the dots when it comes to recreating history, and also to go back in time to understand the timeless city. Many of the temples are hidden in the lanes and by lanes of the city, each interconnected, and also separate. One cannot know Kashi without the help of the various Puranas. Bindu Madhava has his own legend, and so does Adi Keshava. Adi Keshava is also a unique murti, dark and with Sridevi and Bhudevi alongside. That is rare in the North? The Keshava Aditya murti in the Mandir. As mentioned, Keshava Aditya forms part of the Dwadasa Adityas who are found in many temples across Varanasi.

Another thing, the ruins of old Kashi excavated around the Raj Ghat area, was it fully excavated? Do we know enough about the city or its past from the excavations? 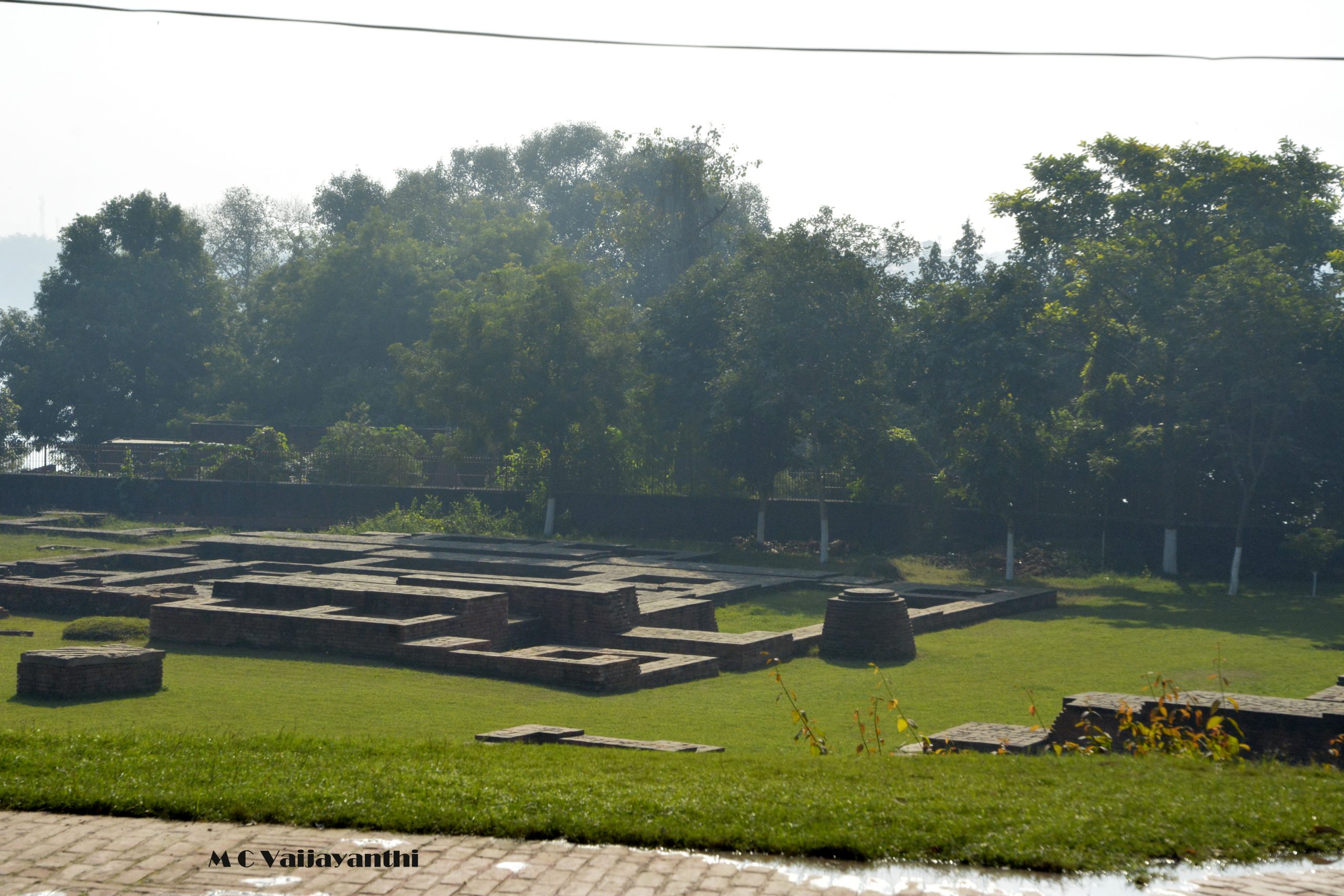 From the remote times, I moved on to seek a deity, relatively new to the city of Varanasi. Pakistani Mahadev mandir is on the ghats, a deity who was brought from Pakistan during partition and installed on the ghats Dr. Vijay Nath Mishra told us on the concluding session of Indic Academy’s Yatra Seminar. I couldn’t reach Dr. Mishra to find out the exact location of the Pakistani Mahadev, but google produced one article where the information related to the “flight of the deity” to borrow from Dr. Meenakshi Jain’s book. The article I found in a Hindi News website said the temple is at Shitala Ghat near Dashaswamedh Ghat. Also, what I remembered was that the deity had come Karachi, but the websites mention that it was from Lahore, brought to Kashi by a trader named Sitaram Mohani. By the time I reached Dashaswamedh Ghat it was close to noon, and the sun was sharp.

What made the trip around to find Pakistani Mahadev interesting was the variety of responses my query produced. “Pakistani, koyi Pakistani idhar nahi aa sakta”, declared one vendor. “Pakistan se hamara kya sambandh hai, aisa koyi nahi hai” said another. Not to give up I went around trying to tell the story I got to know – I sharpened my Hindi skills to say “batware ke samay Karachi se idhar aaya, woh Mahadev”. “Batwara, woh kab hua, do hazzaar saal pehle ho chuka tha,” I was astounded. I tried telling him “abhi sattar saal pehle hua, kya do hazzar saal”. He refused to believe anything like that happened just 70-years ago. I know Kashi is eternal, but time literally stands still for some. After sometime I gave up … one person told me to check another Shitala Ghat that is there near Scindia Ghat. I was by that time in no condition to take the boat or walk to Scindia Ghat. Told Pakistani Mahadev, “Baba next time, I will come for sure”. Later, friends confirmed it is to the left from Scindia Ghat towards Brahma Ghat.

As Dr. Jain says in her book, we never abandoned our deities. If the Adi Keshav temple was rebuilt and pujas restored after disruptions, at Pakistani Mahadev the God travelled all the way from Lahore. The perseverance of Dharmikas have to be told and retold to remind the world how the civilizational continuity was ensured against all odds.