The Power Game Between Past And Present Karma 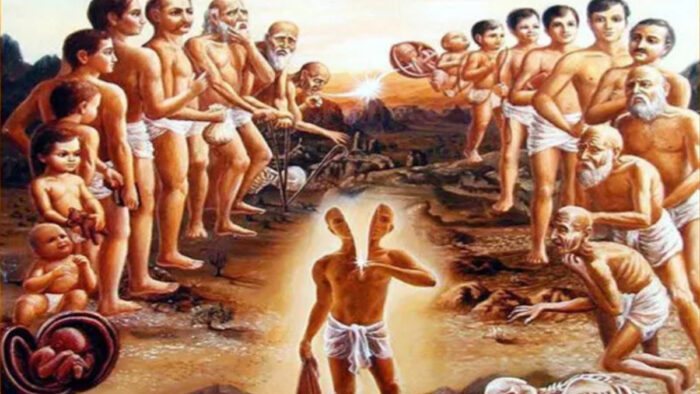 The paper summarized unique research, wherein it was observed that the participants did more kind acts proactively or “invested in good Karma,” when the outcomes of their awaited life events was not under their control. In this particular research, the focus group was job seekers and their investment in good Karma resulted in greater optimism towards a ‘favorable’ result.

This research wasn’t intended to prove or disprove if doing good things resulted in good outcomes. However, what the research demonstrated was that the more uncertain the outcomes, the more generous were the deeds. The subconscious expectation of “Return on Investment” for every good deed rather seems obvious due to the inherent ‘selfish gene’ present in each one of us. In the complex world most of our events are equivalents of “Butterfly effects’ of Chaos Theory, wherein they follow a non-linear path sensitive to multiple conditions.

The non-linearity is in terms of many factors, which are beyond the sphere of influence of a human being yet impacting the final outcome of the events. It is in this regard that the Karmic theory comes to the refuge.

The causality principle of Karma has been heavily dissected in our scriptures and commentaries. Unfortunately, the whole terminology and application of Karma has been quite misappropriated. A sense of fatalism has tended to be associated with the Karmic doctrine. Broadly, three important aspects of Karma come into action, namely Sanchita, Prarabdha, and Agama, respectively.

The “Sanchita Karma” is like a storehouse of all our past actions (the word Karma originates from Sanskrit root “Kri,” reflecting all actions devoid of it being characterized as good or bad). The second one is “Prarabdha Karma,” which denotes the results of those actions from the past, which have fructified and one experiences them in his or her current life. The last one “Agama” refers to the future actions.

This whole Karmic definition is based on the foundation of rebirth, making the consequences of one’s actions spread over one’s several lifetimes. This spread of consequences makes an interesting clash between past and present Karmas. How Drida (strong) are one’s past actions (Prarabdha)? Can one’s present actions overpower the consequences of the past? Normally the past actions are commonly referred “Purva Janma Karma” deeds of past lives, and it is here, where a negative sense of “fate” and “fatalism” tends to get associated.

So, it becomes interesting to note the treatment meted out to the question of “fate” vs. self (current) effort” in some of our ancient literatures. Bhartrihari’s “NitiSatakam” is a fantastic collection of worldly wisdom and it has a following interesting verse:

To summarize the translation – through the above verse Bhartrihari marvels and salutes the causality principle of Karma. Even for Trinity, Bhartrihari attributes Karma as the driving force behind Brahma playing the role of a creator, Vishnu’s hardships in his ten incarnations and even Shiva begging for alms as an ascetic. Maybe Bhartrihari is trying to remind that no matter how powerful one is, none so ever can escape the consequences of past action.

Further, we find another verse from NitiSatakam:

In short, through the above verse, Bhartrihari tells us that only the consequences of good past deeds would act as a shield (life guard) in adversarial and challenging circumstances like being lost in a forest, trapped in an enemy’s ring in a battlefield, deep in an ocean or the top of the mountain, etc. for a human being.

The complexity of Karma arises because of two primary reasons. First, as human beings, even though the consequences of past actions would come into play, we are unaware of the actual actions committed by us. Secondly, we also do not know the proportionality of consequences vis-à-vis the actions committed.

In a simplistic argument, for example, would donating “X” for a worthy cause result in one getting back 2X, 3X…or X/2 or Y or Z ? And what if one feels that he or she is being unfairly meted out Karmic justice? Can this be challenged?

This takes us to an interesting passage from Mahabharata, Adi-Parva section and within that an Upa-Parva (sub-section) Sambhava Parva to be precise. For translation purposes I rely upon the one by Kisari Mohan Ganguli. The story relates to the birth of Vidura.

Sage Mandavya was a great ascetic and had once taken a vow of silence while performing his meditations, which he normally did at the entrance of his hermitage. During that time a set of robbers being chased by royal guards hide their spoils in his hermitage. The guards chasing the robbers arrive at the Sage Mandavya’s doorstep and ask him for the robber’s whereabouts.

The Sage doesn’t answer due his vow and meanwhile the guards find the bounty in his premises. Suspecting the sage to be a con-man the guards take him to the king, who quickly orders execution by impaling him with a stake.

The sage, due to his powers, even though impaled, is able to survive. Promptly, the king realizes his mistake and tries rescuing him, though a part of stake remains in his body (he gets named as “Ani-Mandavya” meaning “Mandavya with the stake within”).

The sage again, through his meditative powers, visits God of Dharma and seeks the reason for this suffering. Dharma points out to an incident, where as a child, Mandavya had pierced an insect with a blade of grass. Mandavya protests the disproportionality of the justice meted out to him and also calls out the young age in which the actions were carried out.

Sage Mandavya curses God of Dharma to be born on earth and Vidura was said to be his human form. This raises a critical question on the role played by God of Dharma. Is he the judge of Karmic Law or a mere executioner?

To answer this question, we need to fast forward to another section of Mahabharata called the Anushasana Parva. This is a fascinating section of the Mahabharata (post war), where great wisdom was rendered to Yudhishthira by Bhishma. This section starts with Yudhishthira being deeply disturbed and is wondering about the consequences that await them due to their actions in the war. Bhishma narrates a story to quell the grief and doubts of Yudhishthira.

The story revolves around a series of dialogues between Gautami, a lady of great virtue, a serpent, a bird hunter by the name Arjunika, Mrityu (god of death), and Kala (can be interpreted as a deity who personifies time, note Kala is also associated with Yama or the lord of death and also Shiva himself is addressed ad Mahakal). Anyways, coming to the crux of the story, Gautami’s son is killed by the snake bite and incidentally the bird hunter Arjunika witnesses it.

Arjunika catches the snake and brings it to Gautami. Arjunika is eager to punish the serpent by killing it and requests Gautami’s consent. Gautami does not concur with the views of Arjunika. According to her, the serpent is not the cause of her son’s death and rather considers it as a sin to kill the creature. Arjunika doesn’t budge, and he argues vehemently for killing the serpent.

The serpent then speaks and pleads innocence and attributes its actions to the lord of death (Mrityu). The Lord of Death or Mrityu hearing that he is being dragged into this blame game, quickly descends and pleads innocence. He in-turn puts the blame on Kala, the deity who personifies time.

Kala descends into the situation and pleads innocence and also absolves Mrityu and the serpent. He holds the previous Karmas of the boy solely responsible for his death. Finally, Gautami closes the discussion by agreeing with the viewpoint of Kala and also attributes her previous Karma (to lose her son) as part of the causation factors.

All this happens through a series of wonderful viewpoints well-articulated by each of the central characters. Reflecting on this, should one believe that the present actions are of little consequence to influence the current events? A similar question was posed by Rama to his Guru Vasistha as described in the magnum opus, Yoga Vasistha. This book is undoubtedly one of the greatest books ever written in the world.

Here I refer to The Concise Yoga Vasistha by Swami Venkatesananda. Rama has entered youth and is in a tremendous state of confusion. He is counseled by Sage Vasistha and the following are his words of wisdom to Rama.

“In this world whatever is gained is gained only by self-effort; where failure is encountered, it is seen that there has been slackness in effort. This is obvious, but what is called fate is fictitious, and it is not seen…. It is only by such (self) effort that Indra became king of heaven, Brahma became the creator, and the other deities earned their place. Self-effort is of two categories: that of past births and that of this birth.

The latter effectively counteracts the former. Fate is none other than the self-effort of past incarnation. There is a constant conflict between these two in this incarnation; and that which is more powerful triumphs….There is no power greater than self-effort, grinding one’s teeth and one should overcome evil by good and fate by present effort.

One who says “Fate is directing me to do this” is brainless and the goddess of fortune abandons him…Fate or divine dispensation is merely a convention, which has come to be regarded as truth by being repeatedly declared true. Rama, this sage Visvamitra became a Brahma Risi by self-effort; all of us have attained self-knowledge by self-effort alone. Hence renounce fatalism and apply yourself to self-effort.” (from Pages 26-29 The Concise Yoga Vasistha by Swami Venkatesananda)

In the end, its best to summarize from the verses of Brihadaranyaka Upanishad which was one of the earliest text to deal with Karmic theory.

That self is indeed Brahman, as well as identified with the intellect, the Manas and the vital force, with the eyes and ears, with earth, water, air, and the ether, with fire, and what is other than fire, with desire and the absence of desire, with anger and the absence of anger, with righteousness and unrighteousness, with everything—identified, as is well known, with this (what is perceived) and with that (what is inferred).

As it does and acts, so it becomes; by doing good it becomes good, and by doing evil it becomes evil—it becomes virtuous through good acts and vicious through evil acts. Others, however, say, ‘The self is identified with desire alone. What it desires, it resolves; what it resolves, it works out; and what it works out, it attains.’ (Translation from wisdom library). 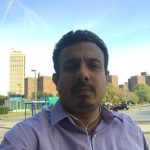