Temples and the State in the Indian Tradition: Part VII 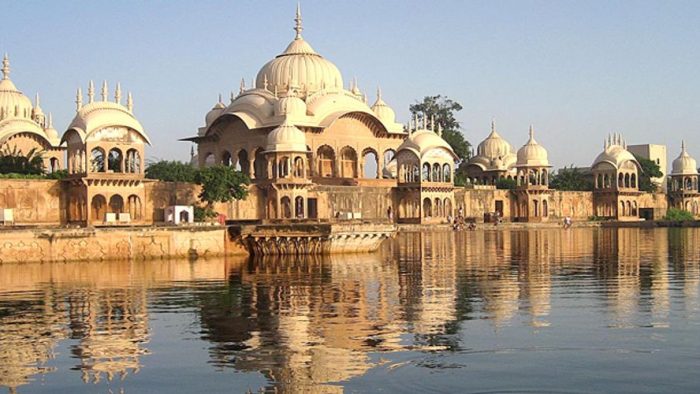 This series was first published on Indiafacts and is being reproduced here. Read parts I, II, III, IV, V and VI.

Temples in Independent India: Still in a state of siege

The Constitution of India does not offer any protection to Sanatana Dharma.

Indian independence was the result of a determined struggle by almost all sections of the Indian people with the hope that it will lead to the establishment of a polity that is informed by the fundamental principles of sanatana dharma, known to all Indians by the term Ramarajya. Such a polity would have been based on the traditional Indian view of state and society and their relationship, a polity where great emphasis would have been placed on the role of the state as the protector of dharma as we noted earlier.

However, when India achieved its Independence, the task of preparing its Constitution was essentially handed over to lawyers and administrators, experts in western constitutional jurisprudence and its application to India under the British rule. The resulting document was a reworking of the 1935 Government of India Act. Even if it drew no inspiration from the traditional Indian view on society and polity, the Constitution could still have recognised the social reality of India, the crucial role played by its organic units such as the locality, the communities based on kinship, profession or religious affiliations, and the traditional institutions all of which play a major role in Indian public life. By refusing to recognise their role in Indian public polity, the Constitution also turned a blind eye to the primary duty that was enjoined on any state in Indian tradition, namely the of protection of dharma – which in this context meant warding off all obstacles in the way of the constituent units of Indian society and their institutions functioning as per their time-honoured traditions.

Instead, the Indian Constitution guaranteed certain fundamental rights to individuals and groups, rights which were at the same time heavily circumscribed for “reasons of state”. For our purposes, we only need to consider those provisions of the Constitution which pertain to the right to equality, right to freedom of religion and the cultural and educational rights, which are reproduced below:

(1) The State shall not discriminate against any citizen on grounds only of religion, race, caste, sex, place of birth or any of them.

(2) No citizen shall, on grounds only of religion, race, caste, sex, place of birth or any of them, be subject to any disability, liability, restriction or condition with regard to— access to shops, public restaurants, hotels and places of public entertainment; or the use of wells, tanks, bathing ghats, roads and places of public resort maintained wholly or partly out of State funds or dedicated to the use of the general public.

Right to Freedom of Religion

(a) regulating or restricting any economic, financial, political or other secular activity which may be associated with religious practice;

(b) providing for social welfare and reform or the throwing open of Hindu religious institutions of a public character to all classes and sections of Hindus.

Explanation I.—The wearing and carrying of kirpans shall be deemed to be included in the profession of the Sikh religion.

(a) to establish and maintain institutions for religious and charitable purposes;

(b) to manage its own affairs in matters of religion;

(c) to own and acquire movable and immovable property; and (d) to administer such property in accordance with law.

(2) No citizen shall be denied admission into any educational institution maintained by the State or receiving aid out of State funds on grounds only of religion, race, caste, language or any of them.

(1A) In making any law providing for the compulsory acquisition of any property of an educational institution established and administered by a minority, referred to in clause (1), the State shall ensure that the amount fixed by or determined under such law for the acquisition of such property is such as would not restrict or abrogate the right guaranteed under that clause.

That these provisions do not ensure any meaningful freedom or protection to the Hindus in the practice of their religion, or to their religious and cultural institutions to function as per time-honoured traditions, has been brought out succinctly in a recent study of the Indian Constitution from which the following is extracted: 71

The makers of the constitution also seem to have believed, along with the colonial British administrators, that India is not one nation, it is a conglomerate of numerous minorities placed alongside an uncaring and orthodoxy-ridden caste-Hindu majority. Therefore there was a deep concern to provide extraordinary constitutional protections for the minorities on the one hand and on the other hand to give powers to the state to act in order to “reform” the Hindu majority…

Every self-confident nation makes provisions for the protection of minority groups. Such protection is accorded so that the diverse cultural, linguistic and other capabilities of minority groups may contribute to and thus enrich the national mainstream, which naturally is constituted of the majority. Section 29 of the Constitution that guarantees protection of the minorities, however, almost invites diverse groups to claim special rights in the name of their distinct language, script or culture. The other provision regarding minorities, Article 30, gives the minorities the right to establish and administer educational institutions of their choice and thus creates an invidious distinction against the majority. The right to establish and administer educational institutions of their choice is a natural right of all communities, whether constituting a minority or a majority. The article does not in fact give any special right to the minorities, but takes away a valuable natural right from the majority.

These two articles together have created a premium upon various groups to break away from the national mainstream. Groups that would have been happy and proud of being distinct yet inseparable parts of the mainstream have therefore begun to discover and claim separate identities. These constitutional provisions, instead of providing protection to the minorities, have had the effect of creating new minorities and vitiating the integrity and depth of the national mainstream.

There is an urgent need to seriously review both these provisions. The minorities of course must be provided guarantees of protection. But such guarantees must be such as not to create pressures on diverse groups to separate from the mainstream. Article 29 certainly needs redrafting. And, the protection of Article 30 needs to be equitably extended to all people of India.

Article 25 grants “freedom of conscience and the right freely to profess, practise and propagate religion.” Freedom to profess and practice the religion of their choice is of course a natural right of all citizens in a secular state. But, the freedom to “propagate” that has been included in this clause is highly unusual. No secular state guarantees the freedom to propagate and convert people from other faiths.

This freedom has been fortuitously circumscribed by the judicial interpretations of the term “propagate”, which have held that “propagation” does not mean “conversion”. But the phrasing of the original clause leaves much scope for intense proselytising activity on behalf of various religions and sects.

The second clause of the Article makes two provisos to the freedom of religion. The first proviso gives the State the authority to regulate or restrict “secular activities” associated with religious practice, and the second proviso vests in the State the power to make laws for “social welfare and reform” of Hindu religious institutions.

The first of these provisos is applicable to all religions, but in practice has been used to control and regulate the functioning of only the Hindu institutions. The second proviso is specifically aimed at Hindus and their institutions alone. Judicial interpretations of these provisos have so extended the definition of “secular activities associated with religious practice” as to allow the State to take over control of all aspects of the Hindu religious institutions, and directly interfere with the established rituals and customs…

This certainly amounts to invidious interference in the religious affairs of the majority of the Indian people. Religion is at the core of Indian civilisation. Provisions concerning religious freedom in the Indian constitution should therefore be the ideal for the world. India ought not to restrict or control the religious practice of any group, whether that of the majority or minority. The first clause of Article 25 already makes the freedom of religious practice subject to public order, morality and health. The only other proviso we need to add is that such practice may not interfere with the security and integrity of the nation; and that the religious affairs and religious institutions of no religion in India may be subject to foreign control or domination.72 The right to freedom of religious practice ought not to be circumscribed by any other provisos. People of India ought to be left free to organise, institutionalise and practise their religious affairs themselves, neither the State in India nor any foreign agencies or bodies need have any say in it.

The current provisions of Article 25 instead of granting religious freedom have the effect of taking away the right of the Hindus to run their own religious institutions and affairs. These also give the State the right to aggressively interfere with the custom, rituals and beliefs of the Hindus in the name of social reform. This article therefore needs to be reviewed seriously.

Continued in the next part of the series.

71. J.K.Bajaj, Towards a Review of the Indian Constitution, Centre for Policy Studies, July 2000.

72. Incidentally, Article 36 of the Constitution of the People’s Republic of China (1982) makes just such provisions regarding religious freedom.