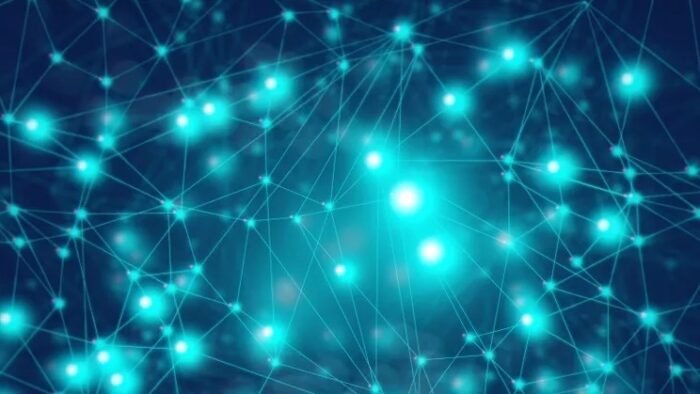 The Upaniṣads form the bedrock of Vedānta philosophy, based on which the Brahma Sūtras and Bhagavad Gītā together espouse the fundamentals of spirituality according to the Indian tradition. It is therefore that these three together are known as the ‘prasthāna-trayī’ in the field of Indian philosophy. Among the Upaniṣads, primary importance is given to the ten principal Upaniṣads as listed in the śloka –

Among the above ten Upaniṣads the Chāndogya Upaniṣad is of immense importance since many unique tenets central to Vedānta philosophy are propounded in a versatile and inimitable manner.

The Chāndogya Upaniṣad is a Sanskrit text embedded in the Chāndogya Brāhmaṇa of the Sāma Veda. The Upaniṣad belongs to the Tāṇḍya school of the Sāma Veda. It is one of the largest Upaniṣadic compilations, and has eight prapāṭhakas (chapters), each with many sections, with each section containing many verses.

The Vedic passage ‘sarvaṁ khalvidaṁ brahma’ is found in the third chapter and 14th section of this Upaniṣad. As mentioned in several other Upaniṣads, the worship of the Supreme Brahman (known as brahma vidyā) is ordained for a person desirous of attaining liberation. These brahma vidyās are varied and many have been explained in the various Upaniṣads. The Chāndogya Upaniṣad also mentions the procedures of worship of the Supreme Brahman as part of several vidyās like Sad-vidyā, Madhu-vidyā, Pañcāgni-vidyā, Bhūma-vidyā, Dahara-vidyā and so on. The current passage is part of the Gayatrī-vidyā. Here, the Brahman is categorized into two parts: the form of the world that is seen by us here which forms a quarter portion of the Brahman (so to say) and the second part is the world that is beyond our cognition which forms three quarters of the Brahman, which is part of the divine worlds. How to worship or contemplate on such a Brahman is the question. The answer provided in this context is that one can worship this Brahman by means of its unique and divine qualities, its unique manifestations and its unique modes. The methodology of doing so is further explained in the current Vedic passage that is being focused upon.

The literal meaning of this passage is as follows –

“All this is Brahman. From It the universe comes forth, in It the universe merges, and in It the universe breathes. Therefore, a man should meditate on Brahman with a calm mind. Now, verily, a man is of the form of his strong resolve. As he resolves (and acts accordingly) in this world, so does he become when he has departed hence. Let him with this knowledge in mind form his resolve.”

As one can understand from the various Upaniṣadic texts it is evident that ‘everything verily is the Brahman only’. When one reads the above statement there is a natural doubt that arises in the mind of the reader as to how this would be possible? The answer is provided by the Upaniṣad itself in the succeeding statement ‘तज्जलानिति शान्त उपासीत (tajjalān iti śānta upāsīta)’. The word ‘tajjalān’ resolves to mean that which is ‘tajjam’, ‘tallam’, and ‘tadanam’.

As per the rules of the interpretation employed in the Śāstras, especially in the Mimāṁsā Śāstra, it is to be noted that the word ‘idam’ has been employed here, this word refers to an entity or object that is being directly cognized. “इदमः प्रत्यक्षगतं समीपतरवर्ति चैतदो रूपम् (‘idam’ refers to everything currently perceived, while the ‘etat’ form refers to what is even more proximate)”.

This word is further qualified by the word ‘sarvam’, which means everything. (It can also be taken that ‘sarvam’ is the main noun that is qualified by the adjective ‘idam’ as is found in the exact reading of the passage.) Therefore, this passage essentially explains that everything that is cognized by us in this material world is verily the Brahman only. Further, the passage exhorts the spiritual aspirant to contemplate on such a Brahman. However, it lays down an essential condition while doing so. It says that the person shall do so along with a calm and serene mind. In other words, while meditating on the Brahman, he should have given up all types of fallacies such as cravings, desires (for various entities) and also all types of resentments, hate, anger, dislike (for various objects, persons etc.) and so on. h a calm and serene mind. er, it lays down an essential condition wHaving prepared himself in this manner, he should worship the Supreme Brahman as the repository of the unique qualities that the Brahman possesses. These qualities are enumerated later in this text.

The next question that would arise is, ‘what is the methodology that is to be employed to contemplate?’ This question is answered by the subsequent sentence as “क्रतुं कुर्वीत”. The word ‘kratu’ generally refers to what is known in Sanskrit as ‘yajña’ or a ritual sacrifice as ordained in the Vedic texts. However, in the present context, this word refers to something that is done with a strong resolve and without any hindrance of any manner including having doubts that the path being pursued will surely lead the practitioner to the target, liberation in the present case. In other words, the contemplation having the different qualities and aspects of the Supreme Brahman as its subject, is to be done with unflinching faith, devotion and dedication. This is so, because (the Upaniṣad further explains), the quality of fruit / result attained by the person in the world yonder is directly proportional to the degree of devotion, dedication and faith with which he has engaged in the ‘sādhana’ in this world. In other words, the nature of the results (obtained in the otherworld that is attained after the death of the spiritual aspirant) are directly proportionate with the quality and quantity of contemplation (‘upāsana’) that he has performed here in this world while he is alive. Therefore one has to put in continuous, persistent efforts that are totally unhindered, unobstructed, and that too with unflinching faith, devotion and dedication.

It is interesting to note that all the three principal ācāryas have commented and interpreted this passage more or less in the same manner.

Śrī Śaṁkarācārya has commented as follows:

The purport of Śaṁkarācārya’s commentary on this particular portion of the passage is that since the Brahman is the cause of creation, sustenance and dissolution of the Universe, and exists at all three times (past, present and future), and there is not even the remotest possibility of the Brahman not existing, it is to be construed that everything that exists is verily the Brahman only.

Śrī Rāmānujācārya interprets the passage as follows in his Śrībhāṣyam (1-2-1):

The purport of Rāmānujācārya’s commentary on this particular portion of the passage is that, since Brahman is the in-dweller of the entire Universe having Brahman as its material cause (Upādāna Kāraṇa), it is quite acceptable to say that ‘this entire Universe which is being seen is verily Brahman only’, as one says ‘this earthen pot is verily mud only’ (having been made out of mud only).

Further, Madhvācārya has commented in almost a similar manner:

The purport of the Madhvācārya’s commentary on this particular portion of the passage is that, since Brahman is the cause of creation, sustenance and dissolution of the Universe, and exists at all three times (past, present and future) and has the Brahman as its indweller (he has used the same word ‘ब्रह्मात्मतया त्रिषु कालेषु विशिष्टम्) at all times, and there is no possibility of Brahman not existing at any stage.

We see from the above that, while interpreting the concerned passage, there is not too much of a difference in the opinions of the three principal ācāryas though their philosophical tenets are quite different with regard to other fundamental issues.

To conclude, it may be mentioned that this passage deals with the fundamental concept of the relationship of Brahman with this Universe, and is very significant from the point of view of the sincere spiritual aspirant.