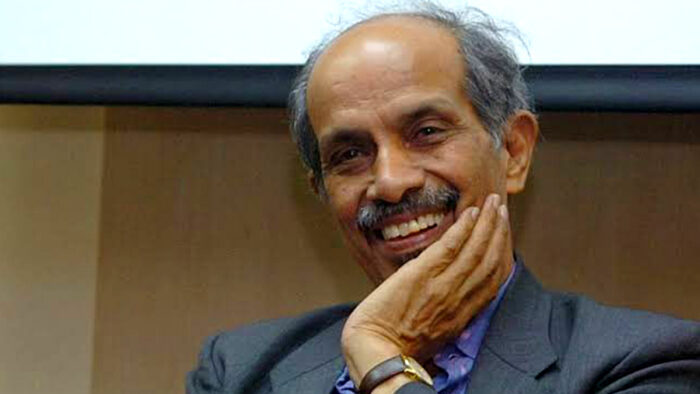 Prof Roddam Narasimha, a legendary fluid-dynamicist and aerospace scientist, fondly known as RN among his students and associates, passed away on 14 December 2020 at the age of 87, leaving behind a rich legacy of scholarship, rational inquiry, and versatility.

He was a world-renowned researcher decorated with several prestigious awards and honors (including the Fellow of the Royal Society London and the Padma Vibhushan), and is rightfully credited for establishing a strong culture of fluid dynamics research in India.

RN was educated at Mysore University for his Bachelor’s degree and at the Indian Institute of Science (IISc), Bangalore for his Master’s degree (called the Diploma in 1950s), where he worked under the guidance of Prof Satish Dhawan, another beacon of science and engineering in India.

He obtained a PhD degree from the California Institute of Technology (Caltech), USA and joined the Department of Aerospace Engineering at IISc as a faculty in 1962. His return to India, which surprised many of his colleagues at Caltech, explains in part his deep-rootedness in Indian culture and traditions.

While at Caltech he would wonder why the science and mathematics developed in India in medieval and ancient times was not known to the western world; this kindled his interest in the history of science which remained his lifelong hobby and favorite pastime. His knowledge of Sanskrit, which he had learnt during his school days and later on in the company of D. V. Gundappa (the late Kannada writer and philosopher), came in handy for him to go through the original Sanskrit texts on science and mathematics.

While at IISc, RN kept himself busy with several important responsibilities before becoming the director of the National Aerospace Laboratories and later on the president of the Indian Academy of Sciences. (For a more complete account of the positions held by Prof Narasimha and his involvement in national policy making, please refer to the obituary in Current Science Vol. 119, pp2027, 2020).

It was really during his tenure as the director of the National Institute of Advances Studies (NIAS) during 1997-2004 that he got an opportunity to devote his time and energy to a vigorous pursuit of his interest in the ancient Indian (or “Indic”) science and philosophy.

RN wrote several articles (and a book) on this topic and edited volumes such as “The Encyclopaedia of Classical Indian Sciences” (2007, with Helaine Selin), “Nature and Culture” (2011) and “Dialogues Across Disciplines” (2012, with Dilip Ahuja) among others. In the following, we provide a brief account of the contributions he made to the field of classical Indic studies.

It is well understood in scholarly circles, that the two great schools of astronomy and mathematics of the ancient world – the Hellenistic and the Hindu/Indic schools – employed very different philosophical approaches. The Hellenistic school pioneered the axiomatic approach, with clearly defined axioms, assumptions and definitions.

However, the eastern school, of which Āryabhaṭa, was one of the greatest, encapsulated mathematical ideas in terse and often cryptic ślokas. Moreover, unlike the Greek mathematicians, Indic mathematicians engrossed themselves with objectives that had a computational/algorithmic flavor.

RN formalized this approach as that of ‘computational positivism’; this term that he coined (derived from ‘logical positivism’) described the philosophical approach that held “that computation and observation, when the two agree with each other, constitute the only form of valid knowledge; models, logic, metaphysics, etc are either secondary or not relevant” (see Economic and Political Weekly, 38, 2003).

Even “illogical” processes were acceptable if they could lead to verifiable truth. RN’s writings are the works of a scholarly and incisive mind – not only was he able to provide a framework for understanding Indic work, he could clearly elucidate the cryptic ślokas of yore. A case to this point is his beautiful exposition of Āryabhaṭa’s table of sines.

In his article written for Nature (Vol 414, 2001), RN explains how Āryabhaṭa codified large numbers in synthetic words, which served as the basis for creating his table of sines or more accurately set of differences of half-chords for a circle of given radius.

Āryabhaṭa’s system of using letters to indicate numbers was prevalent in other cultures, but stood out in its recognition of the decimal place-value principle. Moreover, his use of synthetic words has the nature that it could be integrated into a verse – and hence codified and memorized.

While, Āryabhaṭa’s work shines like a radiant star in the sky of luminaries, it is only through the eyes of outstanding ācāryas like RN that many of us have had an opportunity to glimpse our past and for that we remain forever indebted to him.

It is worth noting that RN’s contributions to Indic studies go beyond science and mathematics, and touch upon aspects of ancient Indian philosophical works, such as the Sāmkhya school of thought and the philosophy of the Yoga-Vāsiṣṭha (Y-V).

The latter is a Sanskrit work of epic length with some 27,687 verses (ślokas), dated sometime between the 6th and 13th centuries, and is basically a conversation between the young dejected prince, Rāma and the royal sage of the Ikṣvāku clan, Vasiṣṭha.

RN was fascinated by this work and produced a short booklet named the ‘Verses for the Brave’ (NIAS special publication) consisting of his translations of selected verses (about 153) from Y-V. In RN’s apt words, Y-V is “a disarming mixture of poetry, fable, and reason”.

While there exist other commentaries on Y-V which have focused on the philosophical teachings and the fantastic tales that elucidate them, what attracted RN was an emphasis on vicāra (critical enquiry) and pauruṣa (human self-effort).

It is conceivable that these qualities resonated with his own psychological disposition, which was primarily pivoted on rationality and critical reasoning. RN divided the selected verses into different categories such as ‘Question/Answer’, ‘Analysis’, ‘Self-effort’, ‘Serenity’, ‘Knowledge’, ‘The mind’, ‘Physics’ etc. and provided English translations to the original Sanskrit ślokas, attempting to bring out their true purport.

In the Introduction to the ‘Verses for the Brave’, RN makes it clear that he prefers a more direct interpretation of the ślokas appealing to the original meanings of the words “even if the resulting expression may not be to our liking – at the present time!” – a reason why his translations appear simple and original.

RN looks at the verses in Y-V through the lens of a working scientist and brings out a facet of this work which, apart from its relevance to living a life of joy and freedom, shares similarities with the modern scientific/philosophical thought on topics such as consciousness, atomism, and emergentism. He makes a modest disclaimer that his translations are not as poetic as the original Sanskrit ślokas.

A perusal of the book, however, reveals that his translations are equally lyrical, highlighting his command on both the English and Sanskrit languages. Overall, it is a joyful experience to read through the ‘Verses for the Brave’; in the following, we reproduce a couple of his translations from the book to provide the reader a glimpse into it.

RN was working on expanding the scope of this book by adding some more verses; a proposal towards this was already accepted by a major publishing house in India. Unfortunately, he could not see this project come to fruition while he was alive. 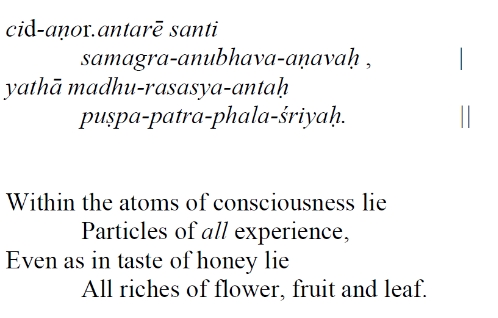 Being a scientist and technocrat of the highest calibre, it is but natural that RN would also write about the history of technology in India. In this category, falls RN’s writing on the use of rockets in 18th century India by Hyder and Tipu and their use in the Anglo-Mysore wars.

The Mysorean rockets were a major advancement over their predecessors in terms of use of iron casing; they were thus able to withstand higher packing densities of gunpowder. These rockets were used prolifically in the Anglo-Mysore wars (1767-69, 1780, 1792, and 1799) and inflicted severe damage on the Company troops.

RN’s writings such as this and the others cited above reveal his approach towards studying the scientific tradition of India which, although motivated by his love for Indic history, was steadfast in its reliance on evidence and objectivity; in this connection, it is instructive to read his guest editorial in Current Science (Vol. 108, No. 4, 2015).

To conclude, RN’s ideas and vision far exceeded the reality of the times he lived in. He had one foot firmly in India’s past. His treatment of Indic science, technology, and philosophy heritage is one of the finest exemplars of rigorous, and scholarly treatment that it deserves. However, his other foot was in the future.

RN pioneered research in many areas and his initiatives have had a major impact on India’s endeavors in aeronautics, space, and atmospheric sciences, as well as on issues relating to national security. He championed the ideas such as indigenous development of fighter (LCA) and civilian (RTA) aircrafts, hypersonic wind-tunnel testing, and a satellite dedicated for studying the Indian monsoons, when it was many years from being in vogue, especially in the Indian context.

Today, his students and associates are furthering many of these initiatives and dreams, such as fundamental and applied research in hypersonic technology, using novel wing planforms for civilian turbo-prop aircrafts and “bringing cumulus clouds down to the laboratory”.

Great ācāryas leave their footprints in sand of time that are deeper than those of other mortals; the footprints are progressively made deeper by those who tread in their wake. Professor Roddam Narasimha was one such great ācārya – his legacy lives on in his direct and indirect students.

Disclaimer: The article expresses the personal opinion of the authors.

Dr. Aloke Kumar and Dr. Sourabh S. Diwan are both Assistant Professors at the Indian Institute of Science, Bangalore.