Perspective as an Audience of Pondicherry Literature Festival 2018 – the Beginning 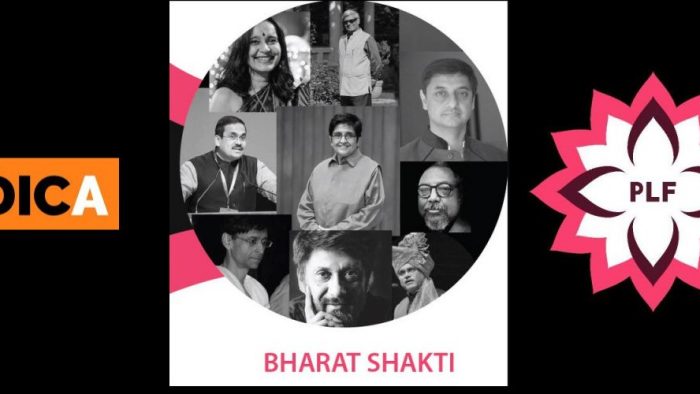 I’ve always been wary of ‘lit fests’, ending up more often than not at book fairs instead. In my defense, the illustrious “Jaipur Lit Fest” was my benchmark for forming an opinion about such events. Glossy, elite, crowded, and towing the same soul-destroying mind-numbing left leaning binary world view. So when the INDICA the Chapter network of Indic Academy presented Pondy Lit Fest (PLF)  was announced with the speakers line up I was again unsure, would this be just another of those? My interest was really peaked when the communists came up in arms to get the festival barred and I totally decided to go when the Alliance Francaise Pondicherry, one of the two partner venues pulled out at the very last moment owing to the pressure. I can only imagine the frustration and difficulties faced by the Indic Academy and PLF organisers to keep their first venture afloat… and must I say what a rise of the phoenix it was. A spectacularly hosted and successful event despite the limitations and road blocks!!

I’m so glad that I decided to become part of PLF’s journey, a productive and positive effort to carve out a space in the current one-dimensional monopoly of the ‘Non-Liberals’ who have been pushing their fake liberalism down our throats for quite a while now. The two day festival was choc o block with 24 thrilling panel discussions on topics ranging from History, Indic Civilization, Technology, Politics, Laws, Media, Women, Health, Economics, Art & Heritage and more The venue was the Sri Aurobindo Society as they bailed PLF out and in a way it turned out to be a good thing! Ask me as an attendee… one venue – different conference rooms was the only way I could manage to attend good 9-10 sessions of the total being hosted and trust me it was exhausting!! Apart from the panel discussions, there were Book Launches and Writer’s Lounge Interviews that added interesting dimensions this already scintillating event.

As a spectator, for me the highlight of the festival was the platform it provided for the Indic side, which for far long has been just a fringe voice without an equal space to present and counter the ‘other’ narrative. We’ve been the victims of Left-Liberal intolerance while being constantly portrayed as the intolerant side. Their spit-and-run technique ensures we never get to respond and contradict the allegations. The amazing thing about the panel discussions that I witnessed was – lots and lots of counter views!! This was not a brainwashed congregation where the default command was to simply agree to the set view, “I beg to differ” was welcomed and added to the facets of the discussions. Now only if those poor hive minded communists had this exposure and opportunity.

It was an incredible experience listening to scholars like Bibek Debroy & Meenakshi Jain in person (Yes there were more as you can look up, but pardon my bias them two were my top 2 favorite panelists). The sessions were so enriching and mind-blowing at the same time, like when Meenakshi ji illustrated how the INC in its bid to stay in power brokered a deal and thoughtlessly handed out the Education dept to the communists; rattling off the countless attacks on our temples and the painful rebuildings or when Bibek ji was explaining the nuances of our various scriptures and epics with that knowing smile and repeatedly pleading with the audience to read our ancient texts properly, in full. That is the best way to counter hateful misinterpretations of our past. Be it misusing Manusmriti or twisting Eklavya’s tale to shame us as a community. I can go on and on about the various insights from the talks of these learned people but I’ll let PLF share the proceedings of the festival in a more wholesome way through the video uploads.

The other thing I absolutely loved about the Pondy Lit Fest was that there were NO glass walls! Both the organizers and panelists were totally approachable for any query or animated chats about the topics concluded or coming up. The general air of bonhomie was most pleasing, and I had the lucky opportunity to interact with so many distinguished intellectuals happily welcoming us as both audience and friends. Overall a most enjoyable and enlightening experience which I’d like to conclude with these two points:

Quoting dear friend @Brakoo who accompanied me to the Pondicherry Lit Fest – “Most importantly, one didn’t hear meaningless drivel like “Idea of India”, “post-truth”, “rising intolerance”, “minorities in danger”. One did hear “secularism”, “suppression of free speech”. But precisely in the right context!”