Indigenous Environmentalism – What Sets Us Apart 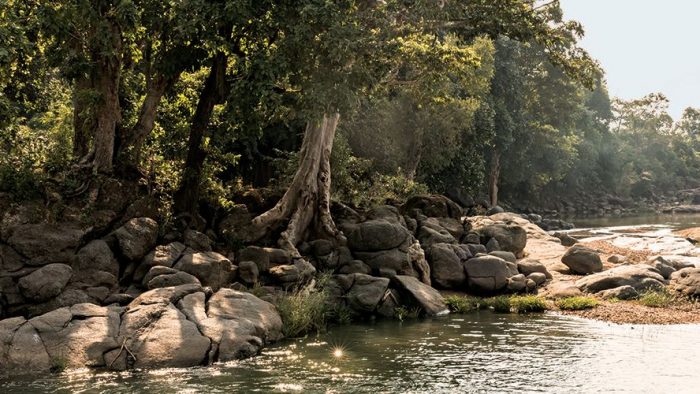 In the West and Europe, there has been a movement recognized as environmental, supported by environmental sciences, which became visible after the industrial recovery following the second world war. For western academics, the ecological sciences are recent, and the term ‘ecology’ was coined as late as 1866 by Ernst Haeckel. Among the sciences, it has become much sought after from the latter half of the 20th century, largely due to widespread environmental degradation and pollution. What the western discourse in general and the western academia and its textbooks in particular stop short at is to inform us is that the roots of ecology lie in Sanatana Dharma or Hinduism and no other religion pays as much attention to environment and environmental ethics, and to the understanding of the role and value of nature.

Hinduism is inherently an ecological religion. Centuries before the appearance of the word ecology or the concept of environmental management, Hindu scriptures instructed us that the animals and plants found in the land of Bharatavarsha are sacred; that like humans, our fellow creatures, including plants have consciousness; and therefore all aspects of nature are to be revered. This understanding, care and reverence towards the environment is common to all Indic religious and spiritual systems: Hinduism, Buddhism and Jainism. Thus, there is ample evidence to show that the earliest messages of the importance of the environment and the need for ecological balance and harmony can be found in ancient Indic texts.

How could ecology be a recent study when Hinduism and all our scriptures which are full of images and references to the sacredness of nature. At least from the era we call Vedic began, the sages of the Rig Veda showed a clear appreciation of the natural world and its ecology, and understood the importance of environmental management and management of natural resources. The Rig Veda dedicates a an entire hymn to rivers Nadistuti sukta while the hymn to the earth (Prithvi Sukta, book 12) of Atharva Veda consists of 63 stanzas in praise of mother earth and nature and human dependence on the earth. After all the Upanishads say,”Sarvam Khalvidam Brahma“(everything is Brahman). Hinduism, thus, has always had a deep understanding of ecology and the relationship between man and nature. In fact a strongly marked aspect of Hinduism and its ancient culture has always been the love for nature .

Brahma or the Supreme Being is the underlying power of unity , pervading all creation, forest, groves, trees, mountains, animals, water bodies, seas, rivers, streams , seeds. All of nature is venerated all over India. Every village, has a sacred grove presided by a local deity. Every temple has a sacred tree, mountains are the dwelling places of the gods, nature is a manifestation of the divine. In the Bhagavad Gita Krishna too says “I am the earth, I am the water, I am the air”. And finally Mother Earth is acknowledged as the world itself

– O mother Earth ! You are the universe and we are but your children.

So the tone was already set for Hindus by Ancient India that relied on an elaborate and scientific knowledge system to protect , conserve and manage ecology. Hinduism perhaps is the only religion that had a very definite code of environmental ethics.

In the recent past, cities and countries are struggling to deal with pollution. What is considered a global challenge today, was identified several thousand millennia ago. Pradushana (pollution) of any sort was looked down upon, it was a punishable offence in Kautilya’s Arthashasthra. The great medical practitioner and writer of the ayurvedic treatise, Charaka was not wrong when he writes “Due to pollution of weather, several types of diseases will come up and they will ruin the country. Therefore, collect the medicinal plants before the beginning of terrible diseases and change in the nature of the earth (Charaka Samhita, Vimanasthanam, 3.2). Sadly, Charaka and his wisdom has been forgotten.

In complete contrast to the Hindu’s love, understanding and respect for nature, which shows that Hinduism understood the invaluable role of trees and forests in ecosystem services like purifying the air, hydrological services, as a provider of food and material, climate, rain, and soil, any reading of the Bible (both the old and new testaments), there is not a single reference to the earth being sacred, or being looked upon as mother-like or divine. Nature and all its elements are soulless and the only one, who is worthy of worship is the Abrahamic God, unlike the Hindu, who nurtures a great sense of sanctity towards all elements of nature and perceives Divinity in the sky, in the water, in the fire, and in the snow-capped mountain peaks. All Indic traditions have respect for all forms of life and does not differentiate between the soul of man and that of an animal. Whereas the Christian belief is that nature is destructive and therefore has to be conquered, the Dharmic view propagates conservation of the nature and advices man to live in harmony with nature without indulging in exploitation.

It is this set of linked ideas that has emerged from the Christian belief system, and its presenting itself as exceptional, that has led us to a very critical time in our history. While there has been tremendous economic progress and success the toll it has taken on the earth has not only been devastating but some of its damage irrecoverable. Massive deforestation, pollution, drying up of lakes and rivers, rise in global temperature, extreme weather events, loss of biodiversity, changing monsoon patterns, species extinction, warming of oceans. All of this spells peril and disturbs the earth’s equilibrium. In the name of progress and in the pursuit of the “good life” we have not fully understood what we have bargained for.

In Biblical based thought and traditions, nature is regarded as something created by God. There is God and then there is nature. There is the Creator and then there is the world – both separate. If nature is considered sacred, it is so as God’s creation. This is the basis of the approach to ecology in western religious traditions. They ask us to protect nature as God’s creation, but do not accord any divinity to it . However, they are generally suspicious of nature Gods and regard worshiping the Earth itself as a form of idolatry. That is why they have historically rejected nature based or pagan religions as unholy, including Hinduism .When missionaries first arrived in India – Indians were called nature worshipers, or cow worshipers in a very disparaging manner, they were looked down as being uncivilized and primitive.

The western religions perceive man as the Supreme Being, the supreme species, who “rules all over other creatures”. In fact nature worship is so abhorred and derided by the Church, it is almost iniquitous to worship rivers, to revere mountains and trees as these are considered soulless objects to be conquered by man. The elements of nature are devoid of any form of divinity. In fact Christianity destroyed pagan animism and transferred all divinity from nature to the all-powerful God in heaven.

While Hinduism has been a nature based, none of its practices were a reaction to “global warming” or “species extinction “. While there are myriad of communities and sampradayas and mathas all over India with different beliefs, traditions, temple rituals, places of pilgrimages , practices and traditions for mother earth protection, there is one thing that is common among all and that is Dharma – which is sustenance, law, order, ethics.

In Indic traditions, we see a number of rituals in which mountains, rivers, trees, animals and birds are revered . Yet there is so much deforestation and environmental degradation. I am very often confronted with the question that given Hinduism is inherently an ecological religion, can Hinduism be part of the solution to the environmental crisis ? And my answer is yes. If we look at Hinduism in its most elemental form, it is the full solution to the environmental crisis because the alternative has failed.

Till today there are patches of forests all over India that have been conserved due to religious beliefs (sacred groves). These are all rich in biodiversity and are what the western environmentalist and UN certifying agencies would call “biodiversity hotspot”. Even today, Bharata is blessed with a rich biodiversity, because of the spiritual connectedness that Hindus have with nature.

The existence of sthala vriksham shows that trees were intimately associated with spiritual traditions (In Sanskrit, sthala is a place, especially a sacred place, and vriksha is tree). Every temple is associated with a tree and every tree is associated with a deity and a story. Our ancient, majestic trees, some that are many centuries old are part of our rich ecological inheritance. Today, the sthala vriksham is considered the single genetic resource for the conservation of species diversity. Unlike the west, where trees are merely natural objects, India is filled with magnificent sacred trees: peepal, neem, bel, banyan, asoka, amla, arjuna to name, but a few –and most deities have their favourites. Each tree is carefully chosen, its role known. Today scientifically it has been proven that banyan trees produce more oxygen and purifies air. Fruits of this tree are eaten by multiple birds and insects, and it is also habitat for many birds. Hence having one banyan tree in vicinity is like having a complete ecosystem in the surrounding.

All these show that these were not remote concepts, rather they were actual practices that protected the environment and the natural world. Right from the Vedic era the foundation was laid down for a prosperous, bountiful and sustainable Bharatavarsha. It is now up to us to embrace it. 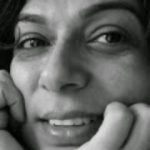 Viva Kermani has a post-graduation certificate in Environmental Management from the School of Oriental and African Studies (SOAS), London, UK. Her areas of study forRead more