Elephant In The Room: Locus Of Avidya 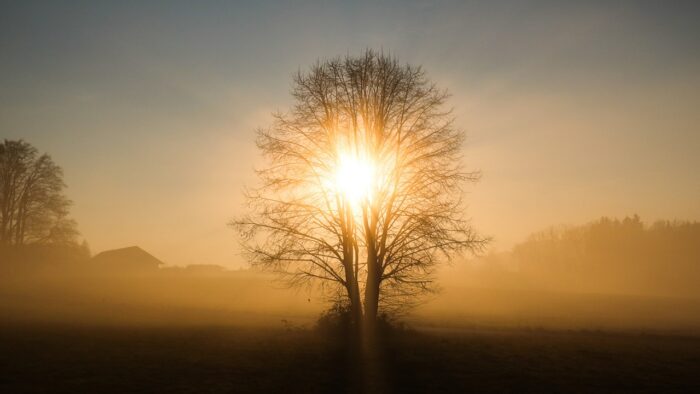 The exuberance of our millennia-old civilization right up to the present time is perhaps due to its ever absorbing and assimilating quality, which provides adequate space not only for divergent but also polemic views.  Testimony to this fact is that disagreements with even the most venerated ‘Gurus’ and ‘Renunciates’ is never considered sacrilegious so long as the discourse is conducted in a dharmic manner.

Mahakavi Kalidasa puts it aptly in the following padya from Malavikagnimitram.

Advaita in a nutshell

There are three states – Jagrit, Swapna, Sushupti (Waking, Dream and Deep sleep). In the Jagrit or the waking state, there is duality of subject and the object. In the dream state, although there is no second person, the dreamer sees various things, places, and people as distinct from the dreamer. Hence there is duality that is perceived within. But in the deep sleep state, there is no duality of subject-object but it is a homogenous state.

We can only infer that state once we wake up again (I had a sound sleep). The duality of subject-object, this entire world that we perceive is due to Avidya.

So what is Avidya? What is its nature? This is the most contentious issue because according to Advaita, Avidya is neither real nor unreal – like the Snake that is perceived instead of a rope in dim light. But when seen clearly, we realize that the snake never really existed.

Meaning – What was nonexistent in the beginning and the end is even so now.

Hence, we perceive the world around us just as the rope is mistaken for a snake. And because Avidya is neither real nor unreal, it is categorized as mithya or anirvachaniya. Once the Avidya is completely removed by Brahma Vidya, there remains no more waking, dream or sleep state for the Yogi but such a person becomes (figuratively speaking) one with Brahman without leaving any trace.

How Brahma Vidya removes Avidya is the question we can deal with later. But first, let us address the question of Avidya first. Is Avidya real or unreal has been answered. It can’t be real because only Brahman is real, which is Turiya that transcends the three states. It can’t be unreal like a rabbit’s horn.

Just as a Mirage is perceived, the effects of Avidya are perceived even though they are not ultimately real. As such, there are two aspects of Avidya, the cause which is unperceived but inherent and the effect or Maya which is the entire world of perception. The Adhishtana or the locus of the entirety of existence is Brahman (like rope is adhishtana for the snake to appear). Hence Brahman is both the Upadana karana (material cause) and the nimitta karana (intelligent cause).

The famous verse – यतो वाचो निवर्तन्ते अप्राप्य मनसा सह (Taittariya) – That which the words cannot describe and mind cannot fathom. This is an illustration of the absolute nature of Brahman in paramarthika state (transcending all states technically).

But this is exactly what has happened in the case of the locus of Avidya to which we finally arrive. We have already established that Avidya is neither real nor unreal, and that, Avidya has both cause and effect. This is an important distinction that is necessary to understand Advaita fully.

We have already seen how everything we perceive is a product (effect) of Avidya. Shuddha chaitanya alone is Brahman, that is real and transcends the three states and is ever present in everything in the form of chetana.

If we ask, where this Avidya as a cause exists, then the answer to it, according to contemporary Advaitins will be –

If we study the source of these two opinions, we will be looking at two major divergent schools within the Advaita tradition, Bhamati and Vivarana – Bhamati attributed to Vachaspati Mishra and Vivarana is attributed to an Advaitin named Prakashatman.

Let us establish a few things before proceeding further. Both these schools are clearly in opposition to each other. The Vivarana schools call the Bhamati adherents as ‘Mandana Mishra’s prishta sevaka’ and the Bhamati schools describe Vivarana as ‘Gardhaba gaana’ (cacophony of the ignoramus).

However, there are a few later Advaitins who have reconciled both the positions but we haven’t got there yet. But for this article, it is enough to know that the contemporary traditional Advaitins as also the academics assert that both the positions (a) and (b) are not in opposition or exclusive to each other but can be easily harmonised.

The argument in favor of the supposed harmony among these two contradictory views is this – That the difference between the two is only in the emphasis and not in essence. The essence which is non-duality is retained without being harmed. Further, some claim that (a) is from an epistemological perspective and (b) is from an ontological perspective.

So the discrepancy is ultimately attributed to the comprehension deficit of the disputant rather than any real issue that needs to be resolved conceptually.

However, if we look at both the positions without the baggage of who said it and when, perhaps we may approach the problem more objectively rather than trying desperately to reconcile the irreconcilable.

The major challenge in understanding Advaita Vedanta is the conflation of vyavaharika and paramarthika states.

And the issue at hand is the result of such a conflation. In the succeeding parts, we shall see how this is a recurring issue.

So the argument that both the positions are nothing but the difference only in emphasis is utterly false and intellectually dishonest.

The second argument that the non-dual essence is retained without being harmed is almost elitist but nonetheless vain and dismissive, not to mention, unscholarly.

Just for the sake of argument, if we concede that the position (a) leads to the advaitic position ultimately, it has to be consistent to be able to do that. However, Avidya can’t reside in ‘Brahman’ as a cause. Else, even upon ‘attaining Brahman’, one is welcomed by Avidya all over again!

Secondly, if Avidya exists in Brahman, no matter what Jiva does, he/she can never get rid of Avidya because it is not even in his/her locus.

However, the antahkarana (internal causal organs) being the locus of Avidya is very consistent in every way and fits well with the overall siddhanta of Advaita.

Advaita will not suffer from discrepancy if we reject this position (a). Moreover, this rejection of (a) will not challenge the Siddhanta of Shri Shankara but on the other hand, brings more clarity because this position is attributed to later Advaitins & not Shankara. However, this discussion can be reserved for subsequent articles.

Interestingly, the point Amith brings up at the end regarding the existence of avidya in Brahman (view (a)) is exactly what Sri Sacchidanandendra Saraswathi raises in his Vivruti of the Taittiriyopanishad Shankara Bhashya. However, my disagreement with Amith is with his defense of position (b), that is, Jiva being the locus of Avidya.

View (b) is also negated, because, if Jiva, Jagat etc. are all part of an illusion, that is, they do not fundamentally exist, then how could avidya exist there (view (b))? So view (b) should also be rejected from a paramarthik perspective. It is only from a vyavaharika perspective (avidya-drishti) that even (b) can be accepted. In the process of adhyaaropa-apavaada a false superimposition of the non-Self is admitted on the Self, which is followed by a negation of this superimposition.

In the view (b), the Jiva, Jagat etc. are assumed to exist and avidya is said to exist within it while also being its cause. This is a false superimposition of the non-Self (Jiva, Jagat, etc.) on the Self (Existence). In the view (a), a somewhat direct false superimposition of the avidya on Self is made. This is the only difference. Ultimately, both these theories use the adhyaaropa to only finally negate it.

In the example of one seeing silver in a conch shell (or any other illusion for that matter), it is the one seeing the silver who has inexplicably assumed silver to be existent when it is really non-existent; for the one who sees that there is no silver there and only sees the conch-shell, there is no explanation to be given to the one seeing the silver, because it is his own wrong assumption that is leading him to see silver there. The only thing that can be said is that it is ignorance of the truth that creates the illusion of silver where it is not. In the same way, it is because one is still perceiving this Jagat, one is told that this is due to avidya that it appears to be real, when it is really non-existent. This is why the sruti talks to the ajnani, who has avidya-drishti, about creation of Jagat by attributing desires to Brahman (so’kaamayata etc.). Therefore, it is from this avidya-drishti that the sruti speaks of creation of the Jagat by Brahman. In reality, neither does the Brahman have any desires nor is the Jagat created.