Delving into Indian Philosophy: One Workshop at a Time! 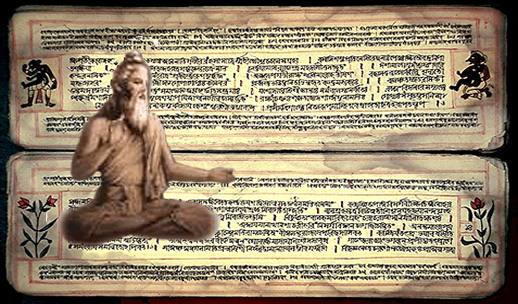 First aphorism from the second chapter of Patañjali’s Yogasūtra says तपःस्वाध्यायेश्वरप्रणिधानानि क्रियायोगः i.e., penance, self- study, and devotion to the Lord are called Kriyāyoga. So with full devotion and immense respect to the Indian Intellectual Traditions, I would like to express my experience of studying philosophy.

During my engineering, I was fond of literature especially, poetry. I studied Dr. Harivansh Rai Bachchan and many other Hindi poets. After some time I graduated to the prose selections from Hindi literature like novels, stories, essays, and works of critics. While reading these prose selections I got some classical and conceptual books and novel of a renowned scholar of Hindi and Sanskrit, Acharya Hazariprashad Dwivedi. The concept and writing of Dwivedi Ji inspired me to read and understand philosophy; because I realized that without the philosophical perspective, it is impossible to have a complete understanding of any literature.

I started reading some basic introductory books on Philosophy like ‘An Introduction to Indian Philosophy’ by Dr. S. Radhakrishnan, ‘The Essentials of Indian Philosophy’ by M. Hiriyanna, etc. While studying these books and looking for more in depth knowledge, coincidentally I met one of my qualified and knowledgeable seniors, Dr. Chandan Kumar Jha. He suggested that I attend the workshop on Sāṅkhya Philosophy by Dr. V.N. Jha, being organized in Taralvaaru Kendra, Bangalore from 31st May to 12th June, 2017. The workshop was based on Sāṅkhya–kārikā, an introductory text of Sāṅkhya–darśana composed by Īśvarakṛṣṇa.

Due to the best co-ordination of Mr. Anant sir it became easy for me to attend the textual workshop on Sāṅkhya darśana, following which I participated in two more workshops on Yoga Philosophy. I am presenting here some of basic points of Sāṅkhya and Yoga Philosophies that I learnt during these workshops, followed by a brief introduction to Navya -Nyāya.

In this system the prakṛti is said to be in equilibrium state by three attributes sattva, rajas and tamas or intelligence, activity, and inertia. Prakṛti is the single entity that is just evolvent, thus the name mūla- prakṛti. There are seven substances which are both evolvent and evolute, viz. intelligence, ego, and the five subtle elements. Rest sixteen are just evolutes.

Sāṅkhya system accepts the three valid means of knowledge, viz., Perception, Inference, and Verbal Testimony. In this system the ultimate goal of life is to get freedom from all sufferings which is called kaivalya, the ultimate puruśārtha. To attain this state of liberation, Puruśa needs to realize his distinction from Prakṛti, where Puruśa is unconscious, and Prakṛti perform all actions. Sāṅkhya philosophy accepts both the ultimate soul and individual soul.

Sāṅkhya and Yoga systems are called allies of each other; where Sāṅkhya system gives Theory of Knowledge and Yoga system is said to be the Theory of Action. Therefore, to know more about Yoga School, I attended two workshops on Pātañjalayogasūtra, Level 2 in Arvind Aashram in Nainital during 21st and 27th June, 2018; and Level 3 in Amrita Vishvavidyapeeth, Coimbatore from 24th to 31st December, 2018.

There are Aṣṭāṅgas or eight limbs of Yoga which must be performed by a person having aspiration of kaivalya. These are (1) Restraint (2) Observance (3) Posture (4) Breath regulation (5) Abstraction (6) Concentration (7) Meditation and (8) Communion or Yama, Niyama, Āsana, Prāṇāyāma, Pratyāhāra, Dhāraṇa, Dhyāna and Samādhi.

Yama, the first step of Aṣṭāṅgayoga, is divided into five parts, viz. Truthfulness, Non-violence, Non-stealing, Celibacy, and Non-receiving. The second step of yoga has also five parts these are Cleanliness, Contentment, Austerity, Self-study, and Devotion to the Lord. These two along with the Āsana, Prāṇāyāma, and Pratyāhāra are called bahiraṅga or external parts, and last three, i.e., Dhāraṇa, Dhyāna, and Samādhi are called antaraṅga or internal parts. The combined practice of these three is called saṁyama.

After having a little but keen and lucid knowledge of Sāṅkhya and Yoga systems, I was more interested in the Indian Intellectual Systems and Philosophy. Dr. V.N. Jha Sir suggested me and all the interested students to acquire the knowledge of Tarksaṁgraha. A Video lecture form of workshop by Dr. V.N. Jha Sir was available at Chinmaya International Foundation. From Tarksaṁgraha I started to study Nyāya system of Philosophy.

Nyāya system which is also called Ānvīkṣikī or the Science of Dialogue and Enquiry was founded by Gautama in 600 BCE. Nyāyasūtras of Gautama was the first text of Nyāya School. In this system the universe is classified in sixteen categories. The text is arranged in three special steps, these are-

(1) Enumeration, which means presentation of all the terms enlisted,

(2) Defining all the enlisted term and

(3) Examination which means to test or examine all the defined terms.

These sixteen categories has been listed, defined and examined in Nyāyasūtras, Vātsyāyanabhāṣya was first commentary on Nyāyasūtras. Udyotakara wrote Bhāṣya-vārtika, Vācaspatimiśra wrote Bhāṣyavārtika–tātparyaṭīkā to further elucidate the tenets of the school. Udayana later wrote Tātparyaṭīkā–pariśudhhi, these are considered as ancient Nyāya system.

Ancient Nyāya is described as Issue- oriented and Modern Nyāya is described as Epistemology-oriented. Nyāya system believes in plurality of world where every object has some material cause. In this system God is considered as an efficient cause of world which means even God is as real as atom, so that at the time of destruction all the atom will be there. They are three causes as this system which is Constituent Cause, Non-Constituent Cause, and Efficient Cause.

The main intention of Navya-Nyāya system was to define a precise manner and then to formulate a language as a precise medium of communication. This system of philosophy presented a technical language on which all the system started writing their text. The Navya-Nyāya system has given a definition of definition which is asādhāraṇa-dharmaḥ lakṣaṇam, which means an uncommon or specific character of object must be presented. In this definition there are three defective chances which must be avoided. These are Over- Application, Narrow-Application, and Non- Application. A perfect definition must be free from these defects.

After Gaṅgeśa a text was compiled named Tarkasaṁgraha which covers both the system Nyāya and Vaiśeṣika philosophy and it has classified the universe in seven categories. Seven categories in this system are (1) substance (2) Quality (3) Action (4) Particularity (5) simplicity (6) Inherence (7) Absence. Where first six are treated as positive entities and last is negative entity. Now I would like to discuss some topic which we are going to learn in the text or specific features of book (1) Property and Property holder (2) Universal and Extraneous (3) Relation (direct & indirect) (4) Relation of competition (collective and simultaneous relation) (5) Counter relation and base relation (6) Absence (mutual and Relational) (7) Delimanitor, property, relation, time (8) Cognition (non-qualified and qualified) (9) Qualification.

I am looking forward to a detailed Workshop on Navya-Nyāya conducted in Amrita Vishvavidyapeeth, Coimbatore from 23rd to 31st December, 2019. With a background of these workshops, I believe that I will be able to enter into Indian intellectual traditions with better insight and understanding. I would like to express my humble gratitude to respected Dr. V.N. Jha Sir, Dr. Ujjawala Jha madam and my grandfather Dr. Kishor Nath Jha for their tutelage and blessings. 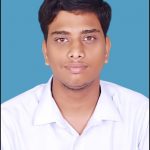 With background in Engineering, Saurabh has keen interest in Hindi literature, especially poetry. Fascinated by Indian Philosophy and its impact on the creative mind, heRead more