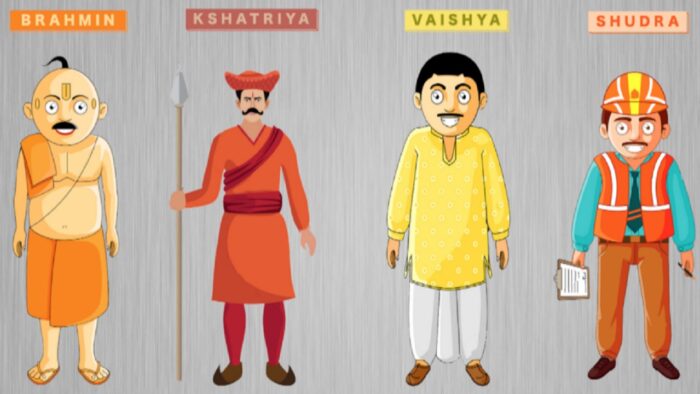 The objective of this article is to explain several crucial aspects of the ancient tradition of varana-system in Hindu scriptures and to dispel the many misinterpretations of our scriptures available online that are a result of incorrect sourcing of information.

This article aims to explain every aspect of the ancient Varana system point-by-point.

The word ‘varana’ is derived from the Sanskrit word ‘vara’, meaning “choice”. It is always a person’s choice to choose their varana. What is the basis of this procedure? This is clearly explained in the following shloka from the SkandaPurana:

“By birth one is a Shudra. Through rituals (samskaara), one is considered a dvija. One who has read the Vedas has become a Vipra and one who knows Brahman is a Brahmana.”
-SkandaPurana, Khanda (canto) 6 (NagaraKhanda), Chapter 239, Shlokas 31-34

This is the exact procedure a person used to follow in the ancient times – to get educated and choose any of the varanas. This is also mentioned in the Atharva Veda (Khanda 11, Sukta 5, Mantra 3).

A child aged around 11-12 years is supposed to go to a Guru and undergo initiation after which he/she is a dvija (twice-born). This procedure is called ‘Upanayana’ and following that one is said to be born from the Guru and the Vedas and is a Brahmachaari. This is the reason why they are referred to as ‘dvija’, or “twice-born”. The first birth is the physical one and the second is Upanayana. The student is then expected to practice the principles of Brahmachaarya to maintain their elevated status and to remain eligible to practice the Vedas (even after completing education and becoming a member of the Tri-varanas). After reading the four Vedas and following them, a student is a Vipra, the preliminary rank before becoming a Brahmana, Kshatriya or Vaishya. In the scriptures, one would generally complete education and choose a varana that suits them, at the age of 14-15 years, after their education.

In Srimad Bhagavatam (Canto 11, Chapter 17, Shlokas 10-13), it is described, that in Satya Yuga (or Krta Yuga), there was only one varana called ‘Hamsa’. Everyone was a devotee of the Supreme Lord from birth and was born with wisdom. Hence, all were sincere and there was only dharma in that age.

A Brahmana is one who knows Brahman. Hence, all were considered equal to Brahmanas in the Satya Yuga. Later, people who revolted became Kshatriyas, those who were engaged in farming and trading-related activities became Vaishyas and those who stopped learning and following the Vedas became Shudras. The same cycle repeats in every Maha Yuga (one cycle of four Yugas).

Varana vs. Varna: The Difference

The word ‘varana’, translates to “a choice-based position in society”. It is derived from the word ‘Vara’ (choice), similar to svayamvara, a ceremony where a princess ‘chooses’ her husband.

The word ‘Varna’, can be used as a short-form of the word ‘varana’, as used in certain scriptures like the BhagavataPurana. Otherwise, it means “colour” and has nothing to do with a person’s social class.

The Difference between Jaati and Varana

Nowadays many consider jaati or caste, as a pre-requisite to attain a certain varana or to study the Vedas. This is incorrect. The word “caste” is derived from the Portuguese and Spanish word “casta”, meaning “race” or “breed”. It is synonymous to ‘jaati’, but definitely not to varana.

Jaati is one’s ethnicity or origin. It does not determine their Varana. For example, in India, there are lawyers from various states. Is it logical to claim that all lawyers should be only native Kannada-speakers and others should not be allowed to pursue law? Definitely not! Similarly, the modern-day caste system arose from selfishness, short-sightedness and lack of maturity of the people belonging to the Tri-Varanas, who turned the Varana system into caste system, centuries ago.

No.  This is a prevalent myth regarding the varana system. All are born Shudras, as mentioned in the shloka from the SkandaPurana.  After learning the Vedas under the tutelage of a Guru, one becomes a Vipra. Then, depending on their mechanism of following dharma, they are considered to be members of any of the three varanas, namely – Brahmana, Kshatriya and Vaishya. Even if an educated person commits a sin, they are downgraded to the level of a Shudra. (Manu Smriti, Chapter 2, Shlokas 103, 157 and 168; Chapter 4, Shloka 245)

Just read Manu Smriti, Chapter 2, Shloka 148. It says that “a person’s true birth is by means of education which is considered imperishable.” As mentioned above in this article, one must undergo Upanayana to become a dvija. After that, the Vedas become one of their parents. This concept is mentioned in Sage Apasthamba’s Dharma Sutra and was also misinterpreted by
B. R. Ambedkar, in his book, “Who Are the Shudras?”

Most of the Sanskrit dictionaries provide misinformation in the context of literal and exact meanings of various words. They also add their own interpretations, thus, altering the meaning completely.

Yes, women are also supposed to have equal opportunities as men. There is no discrimination on the basis of sex, as per Hinduism and the Vedic rules. There have been many female scholars like Gargi, Maitreyi, Lopamudra, Gautami, etc. They also wore the sacred thread, yajnopavitam (यज्ञोपवीतम्), just like educated men, and also were Brahmachaariṇis. Moreover, the Rg Veda and Atharva Veda explicitly state that men and women are supposed to practice Brahmachaarya. (Refer to Rg Veda, Mandala 6, Sukta 44, Mantra 18; Mandala 10, Sukta 109, Mantra 5; Atharva Veda, Khanda 11, Sukta 5, Mantras 17 and 18)

The trend of comparing women to Shudras started after the onset of the caste system, to prevent them from receiving education. This was all actually European influence. It has now become a widespread misconception regarding the varana system.

Yes.  It is said in the Manu Smriti (Chapter 10, Shloka 65) that “it is always possible for a Brahmana to become a Shudra or vice versa. The same is applicable to the Kshatriya and Vaishya”. There are many examples of this from various scriptures. You will find several in the Vishnu Purana. A few are given below:

Rishi Vishvamitra was formerly a Kshatriya who became a Brahmana, and moreover, a Brahmarshi.