Bharat- Is There Any Unifying Factor Of This Nation? 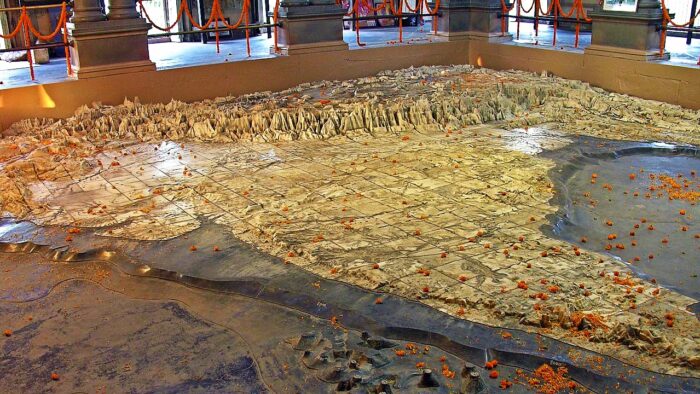 Ever since I came to Canada in 2017, my longing for Bharat increased multifold. I am not sure of the reason. I am not sure if it was the harsh Toronto weather or initial struggle to survive without a regular job or the uncertainty of finding a regular office job or was I just missing my friends and parties with them. Nevertheless, it does not matter what it was. The fact was, in fact is, that I miss being in Bharat. Almost in every discussion we had in our social gatherings here in Canada, I found myself naturally to be on the side where I was defending everything about Bharat. I was almost called obsessed with Bharat so much so that I cannot see the negative sides of the nation. I was also asked many a times that if Bharat is indeed so nice, then why did you migrate to Canada and why don’t you go back? It is very difficult to explain to others and even more difficult for them to understand the fact that my reason to migrate to Canada was never any shortcoming of Bharat itself. For me, it is mere experience of being on the other side of the world. Possibly, to see the West, which almost all the world talks as almost the heaven on this earth. I was and am still not fascinated by being in the West. Yes, one must travel around the world, see different places, enjoy diversities, cultures, food and so on. However, for me, Bharat is where my heart lies and would always be.

Irrespective of how I feel about Bharat, I am very thankful that I got this opportunity to come to Canada. Canada is a fantastic diverse nation and it has opened its doors for lots of people across the world. At my work place, I see people around me from all the continents of this world and probably from all the known nations. For me personally, I have found the time to introspect and discover more about myself. At my own pace, I am learning about Bharat and understanding it more deeply. More importantly, I am learning to see Bharat not from the eyes of West but from the Bharatiya perspective. Possibly, it is one’s own suffocation which leads one to find out ways to search for the ultimate truth. I believe that the destiny had planned it for me this way and I am glad that it is happening. I am not, never was, a very avid reader. Being here has given me an opportunity to read and discover. There is still so much to learn.

As I mentioned, I had many discussions in social gatherings here in Canada about Bharat. There is one question from my friends which boggled my mind. They said “The major reason why Bharat has failed is that there are so many different cultures, languages, dialects, value systems, rituals, religions, castes and so on. The unifying factor for Bharat is missing and hence, we do not stand a chance to progress and make our mark on the world map”. Though, I never had a concrete answer to counter this claim, I was fairly confident to find that answer, as nation such as Bharat whose history goes back to at least 5000 years and who was once the world leader in all aspects of life, right from adhyatama to world trade, a nation who gave zero and decimal system to this world, where world’s first known plastic surgery was done, where Samskritam, Yoga, Ayurveda and Kamasutra were born and much more, could not have achieved these with no unifying parameters. In fact, a very handful of people would know that Shampoo was also invented in Bharat and the then colonial masters introduced it to the European world. Also, religions such as Buddhism, Jainism and Sikhism were born here and they flourished under this ecosystem which demonstrates the acceptability of diverse thoughts, ideas, customs, cultures, principles and the freedom to choose your own path to seek the ultimate truth. This great nation was once one of the greatest empires of the world who had its boundaries and cultures well established in present day Indonesia and Cambodia on the east and Afghanistan on the west. So, would all of this and much more happened without a common tattva?

I, then, started doing my own little research over the internet and electronic media. I read a couple of books and heard a lot of people over YouTube. I would have to admit and say that some of the articles and videos on social media and internet are utter non-sense and they do not give one a holistic, logical and truthful information about Bharat. A lot of content has been published reflecting an outsider’s view (mostly west) of Bharat which, at times, seems as an adulterated version. I am not at all judging the authors’ intentions here. It is highly possible that the context is lost in translation. Most of the scriptures and books from ancient times are available only in Samskritam and I am sure that a lot of words do not have a comparable word in English. Similarly, a lot of English words do not have a comparable word in Samskritam and hence, a lot of things might have been understood completely out of context and probably the correct meaning/context was lost in transliteration and translation. Let me explain this with a quick example. Dharma in Samkritam means behaviors that are in accord with Reta, the order that makes life and universe possible. It includes duties, rights, laws, conduct and the right way of living. Hence, you would have listened many a times of words such as Rashtra Dharma, Swadharma, Stridharm, Varnadharma, Ashramdharma and so on. On the other hand, Oxford Dictionary defines Religion as the belief in and worship of a superhuman controlling power, especially a personal God or gods. If you google the etymology of the word religion, you would find the meaning as something that binds or connects. This demonstrates that hundreds and thousands of these words and verses might have been lost in translation. Therefore, to totally rely on publications in the West might not give a complete and holistic approach to understand Bharat.

My incompetence to understand Samskritam texts did not allow me to do any original research. Hence, I had to rely on the knowledge of the scholars of Samskritam and the resources available to my perusal over the internet and the few books I read. Before we begin to understand the unifying features of Bharatiya civilization, I think it would be extremely important to understand the characteristic of the Bharatiya mind. As Sraddhalu Ranade describes and puts aptly the words of wisdom from Sri Aurobindo. He explains beautifully as to how the Bharatiya mind is different from the Western mind. In his words “The Indian mind is differently formed, and it tends to go behind the form to feel the essential behind the form and at that point, the details of the form tend to blur. It wants to see the larger picture. It wants to see the common essential principles behind which unite all the pieces and then get into the details”. This essentially means that the Bharatiya mind keeps himself as a part of the cosmos and views things holistically first. The details are followed as a second step. A phrase such as “Vasudev Kutumbakam” is an outcome of such understanding of the world and human civilization.

Now, I would like to draw your attention to a phrase from the Rigveda which says “Ekam Satt, Vipraha Bahuda Vadanti” which means that the truth is one, the wise call it by different names. Irrespective of who says it, in what language they say it, in what art or dance or cultural form it is said, the essential values and principles remain constant. This very basic background understanding of the Bharatiya culture and tradition answers the acceptability and availability of so many diverse views and expressions in social life in Bharat. This is very much deep-rooted and prevalent in Bharat and its people.

Given the fact that the underlying principle of the Bharatiya civilization is “ultimate truth”, it could be safely concluded that it is indeed the first unifying parameter. Samskriti or culture is indeed a manifestation of the beliefs, values and traditions of the people living in that civilization. Hence, everything which they do could be understood to have been done in unison.

The question now is- does all this relate to the present-day Bharat? The answer is an absolute YES. The only thing one would need to do is to remove the binary spectacles through which today’s world is seen only in partition, segregation and isolation. The atman and the brahman is one. About 1,200 years ago in the 8th Century AD, Adi Shankaracharya, considered to be an incarnation of Shiva, restructured and redefined the ancient Sanyasa order in Bharatiya tradition. A saint from Kerala travelled the length and breadth of Bharat with only one message “Brahma Satyam Jagat Mithya, Jeevo Brahmaiva Na Para” (pure consciousness is the absolute reality, the world is unreal, and the individual is not separate from the absolute reality). One could only wonder how a person born in Kerala was received in all parts of Bharat and was able to establish four maths across the nation which to-date are places of reverence for every Bharatiya. In relatively recent history, one could easily find similar examples such as Swami Vivekananda, Sri Aurobindo, Swami Dayanand Saraswati and Mahatma Gandhi who were able to reach the hearts of the people of Bharat and crushed the boundaries of language, caste, creed or even religion.

Even with a very limited knowledge of Bharat, I could easily conclude that the soul of Bharat is one. One just needs to change the perspective through which you study Bharat. This study certainly cannot be only at a superficial level.