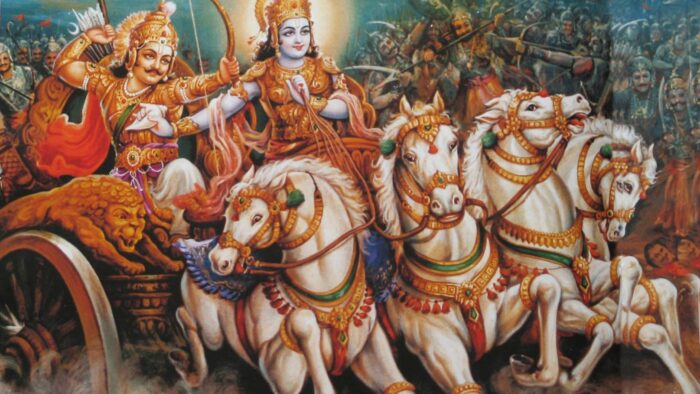 The objective of this article is to ASSIST all the Seekers know the Ultimate Truth which leads to the Ultimate Consciousness which reveals the Ultimate Personality who is inconceivable transcendental to the senses as revealed through Gita.

Demigods are the governors of this world. All of us are eternally being subjected to three types of miseries: Old Age, Disease and Death. Many of us are devoid of knowledge of the Ultimate Truth.

Acharya Madhva indicated that the essence of all Scriptures is the 1,00,000 verses of Mahabharata that possesses ten different interpretations which cannot be perceived and understood by all living entities.

Our Elders suggested simple to complex process of seeking. Ekadashi Vratam is the beginning of this. In order to attain living as the only action we indulge in; we need to undergo the following process gradually:

It is easier said than done.

In South India, for discourses on Bhagavadgita, many Pouranikas choose the Shankara Bhashyam to give their discourse. In Tamil Nadu, it is found the commentary of Acharya Ramanuja as a base for many discourses that are mainly done by Sri Vaishnavaas.

Some pearls of wisdom shared by Acharya Madhva in his commentary on Bhagavadgita:

If you notice the word to word meaning given above, Kurukshetra is famously known as Dharmakshetra where Dharma flourished. By asking this question to Sanjaya, Dhritarashtra implied his desire to see the positive influence of this place on his Sons and they might negotiate a truce. On the other hand, his faith in Pandavas being Dharmiks made him hope that they might give another chance to negotiate a truce or leave the war.

Kshetram means a place that is plowable. Just as a farmer plows his land to remove the unwanted. In Kurukshetra which is essentially Dharmakshetra where Gods live and several Yagaas took place, will eventually weed out the wicked ones in the war who are the Sons of Dhritarashtra. Hence, it’s a question mixed with hope and fear. This is how Acharya Madhva commented.

Acharya Madhva revealed the purport of using the word पश्यैतां while talking to Drona. He is instigating by using this word to indicate that the dearest students of Drona are going to attack their Guru himself! He reminds Drona of his students’ (Pandavas) Avidheyata (disobedience). In order to add fuel to the fire Duryodhana took the name of द्रुपदपुत्र Drishtadyumna who took birth through Yajna that was performed to kill Drona. Knowing this fully Drona taught him Yuddha Vidya. Therefore, for the consequences of the war, Drona is accountable as a Leader. This tact of weaving appropriate words to instigate Drona is possible only for Kali Purusha who is Duryodhana.

Acharya Madhva indicated that the word अत्र शूरा used by Duryodhana is pregnant with a meaning that the Yodhas stood in support of Dristadyumna do have a matching talent in his Army. This is the kind of assurance that Duryodhana is giving to Drona, after instigating him substantially.

Acharya Madhva demonstrated the skill of Duryodhana by indicating धृष्टकेतुश्चेकितान: to prove that Yudhamanyu is the vikrāntaḥ—courageous. Who can lead the attack on Abhimanyu, 5 Upa Paandavaas (Prativinda, Shrutasena, Shrutakeerti, Shataanika, and Shrutavarma) and the son of Bheema, Ghatothkacha like Maharathaas (Maharathi is one who is equivalent in strength to ten thousand ordinary warriors) but some are indeed Artharathaas but still Duryodhana quoted them as Maharathis. This is how Duryodhana wanted to flare up the anger of Drona.

Now comes the first shloka of Krishna in Bhagavadgita.

The above word to word meanings are at a very basic level.

Madhvacharya gave a very insightful commentary on this and that makes him unique.

Prajanaavaada is what appeals to the mind though it is not according to scriptures. Why is it ASaaaocyaa: – deserving no thought? Because of (what is stated in the line as) gatasaUna.

Prajna = Those who are enlightened (to the wisdom of the scriptures)

Prajnaavaada = Those who are opposed to the wisdom of the scriptures.

Avaada = Contrary (to the wisdom of the scriptures)

Why it is Avaada because it is talking about those that are not eternal.

Acharya Madhva was a keen observer of Grammar used by Veda Vyasa. Small wonder that Madhvacharya is naturally attuned by the Devine Grace to reveal the Vyasa Hrudayam appropriately than any of his predecessors. Prajna+Avaada = Prajnaavaada. Prajna is the unalloyed wisdom that can’t be questioned. So, when it is questioned it becomes Prajnaavaada.

The foundation of realistic Theism is very much visible in Bhagavadgita.

It professes Ananya Bhakti. Meaning, it encourages the Seekers to know that Vishnu is Sarvottama. All Demigods are under His control, starting from Brahma, Rudra, Indra and other Abhimani Devataas (the Demigods who control the senses, organs and the processes in a human body).

The power of these statements can only be understood when the Seeker reads the Commentaries of all the 3 Acharyas. One may argue that it is highly difficult to know the basic meaning of each Shloka in Bhagavadgita leave alone perusing the commentaries of all 3 Acharyas in this contemporary world. In that case the quickest option is to know the quintessential of the Tatvavada gifted by Acharya Madhva that has been aptly summarized by Vyasaraya Theerta as 9 Prameyas.

For more details, please read the article at this link:

Ananya Bhakti is recommended by Krishna as the quickest solution to liberate from the vicious cycle of birth and death.

Those who always think of Me and engage in exclusively worshipping me Me, those minds that are always absorbed in Me, I provide what they lack and preserve what they possess. This kind of Bhakti is called Ananya bhakti. Madhvacharya prescribes this Ananyabhakti as the MokshaDharma. So simple is the meaning but so complex as we understand and witness several seekers who are on several paths of seeking.

The above is proof of the uniqueness of Acharya Madhva who gives crisp and to the point commentary. Meaning – Single Source is Sri Vishnu. He conveys voluminous meaning in few words that are simple. Only those who possess Shuddha Satvik state of mind can see Vishnu as the Sarvottama, in spite of the fact that Krishna said so and declared Him so in several Sholokas in Bhagavadgita. Entire Vibhooti Yoga is dedicated to this.

“Existence, having been known as the basis in all creatures and also in the liberated ones in a distinctive manner, Sri Vishnu alone is here referred to. Even though manifesting in all forms in similar manner, yet separate according to the gradation in and between each Jiva.

Those which are seen as Gross, distinct from the Jivas and distinct in and between the Jivas themselves, they are all distinct from Sri Vishnu, which knowledge is their distinctive characteristics. This wisdom being saatvik becomes the cause for deliverance.”

The real Seeker will be able to reflect on the Vishnu Nama quoted in several scriptures and finds its purpose. For instance, the when one chants Sri Rudram, prayer in Yajurveda mentions in its Rishi, Chandas & Devta section: “Shri Sankarshana Moorti Swaroopo Yosaavaadityaha Parama Purusha Sa Esha Rudro Devataa” Meaning the Rudraantargata Naaryaana is being extolled in Sri Rudram, both Chamakam and Namakam”.

This is how we can see the tenable reconciliation of all Vedic Scriptures in Narayana that gives the much-needed ease and comfort of seeking.

Bhagavadgita occupies the highest place in the Vedic Literature because of its emphasis on Karmayoga as against the karmasannyasa which captured the attention of Buddhism that professes nihilism and other worldliness and the denunciation of Nireeshwaravaada and acosmism of Charvaka.

Bhagavadgita’s emphasis on Varnaashrama Dharma and Svadharma were wrongly interpreted by many but when one reads the commentary of Madhva and his followers like Jayatheertha and Raghavendra, Bhagavadgita upholds the ideal of Janaka and other Karmayogis who preceded Arjuna.

The distinctive feature of Acharya Madhva’s exposition of Samkshya Yoga is that for the first time the teachings of Krishna, the Sarvottama, regarding the Atman (its eternity and immortality) has been placed in proper perspective.

The metaphysical relationship of Atma to the Paramatma who is undoubtedly the warp and the woof of the whole Universe. Jayateertha aptly explains this as Bimba (Independent entity who is none other than SriHari) and Pratibimba (soul that too is eternal) which is dependent on Bimba (Tadaadheenasaarupya).

This would enable us to place descriptions of the Jivatman in Samkhya Yoga with a right understanding of the same in the subsequent Adhyayaas of Bhagavadgita. The transcendental majesty of Vaasudeva as towering about Kshara and Akshara Purushas and the Soul’s complete dependence on Vaasudeva and the need for its devotional surrender to Him in order to attain Moksha.

The meanings of the Shlokas and Commentary are obtained from: 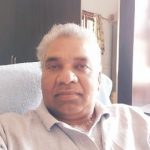