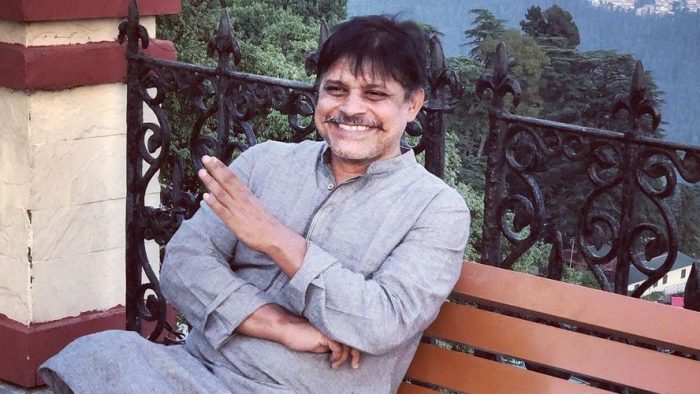 Saket Suryesh’s book Ganjhon ki Goshthi is a collection of contemporary satirical essays in Hindi. The book brings out Saket’s world view as he consistently takes a dig at the inconsistencies of the modern world, modern value systems and modern politics, using fictional heroes from the past to make his point. You have characters from Rag Darbari wandering about, Emperor Ashok landing in Karnataka post elections and even legendry writer Sharad Joshi himself coming out of retirement to get his satire published.

The son of an Air Force officer, Saket’s boundary-less expressions resonate with Indians all over. Watching his child grow, and getting random people walk up to him and appreciate his writing not ‘for its style or art’ but for his honesty is what he values most in life. In this interview he talks about how he thinks, writes and feels.

How do we get youngsters to read more?
Saket Suryesh: This is a very serious question. Somewhere down the line, as we evolved as a society from excessive government to becoming crazily liberalized, the intellectual growth of an individual was no longer considered important. The focus on anything which did not bring immediate material wealth lost the interest of people and pedagogues. Indian society has historically been an intellect-heavy society. Even in the days when wars were fought and won on the basis of physical strength and power, we had sages who would wield tremendous control over the greatest of the kings, merely on account of their intellectual superiority. As external influences slowly moved into India, when it was no longer a battle of ideas which was to decide survival and success, the attention towards intellect reduced as a society. We have very limited writing for children except for stories which are written in an alien backdrop. The Cinderella will never sit under a Jamun tree and Rapunzel will not love eating mangoes. We have alien backdrops, unfamiliar characters and unknown surroundings which constitutes most of the reading for our kids. Kids either do not identify with them or get disconnected for their own reality. Reading ought to enhance the understanding of the reader about his realities not diminish it. It is very important that Indian stories are converted to the format which kids can relate to.

Does having an Air Force background colour how you live, how you write, how you think?
Saket Suryesh: I suppose it does impact in terms of universality of expressions. While politics works on differentiation of experience between persons, places, languages and communities, successful literature transcends the human boundaries. When one has lived in different places, with different people, spoken different languages and still could catch a common, binding thread of Bharat pulsating across, it comes into the writing and appeals to universal feelings. A background in the Air Force has thus impacted my writing in terms of selection of subjects and their treatment. Also, being an only son, traveling across the country leaves one with a sense of belonging with every place and at the same time with a distinct sense of rootlessness. For instance, it is very difficult for a person with defence background to put finger on the place where one has grew up. This creates a desire to connect and it reflects in writing.

Your writing is full of emotions. Is it easy for you to express your emotions through words?
Saket Suryesh: It is not easy to express my emotions as I am quite an introvert in real life. But when I write, I become a different person. I always write in spurts. I keep on thinking about the thing and wander about with something being written in my mind, while all the time staring at the approaching deadline in horror. And when it cannot be avoided any longer, I write with a sense of urgency. I often hope I could somehow detach myself from what I write and then write peacefully rather than in rush. I have never been able to do that. I write only because I cannot avoid writing at a point of time about something that bothers me. 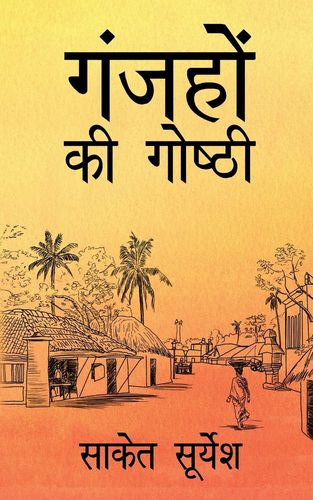 People often ask writers… so what do you do for a living besides writing. Why is it that as a society we don’t appreciate the fact that writing is hard work?
Saket Suryesh: I think people do accept that writing is hard work, but they also believe that it is not something which can keep your kitchen stove burning. That is why they ask. Except for some very fortunate and exceptionally brilliant writers, it is not easy to make writing one’s core occupation. It is not easy to get one’s writing to pay bills, and put food on the table. The positive side is that it allows people like me to be pretty independent in terms of what I write, unlike those who have to align their writing to the agenda which keeps their profession as writers profitable.

Do you like reading better or writing?
Saket Suryesh: This is a tough one. I love both, and I think both are connected. If writing is a war, reading is the process of collecting the weapons of war. If you cannot read, you are not qualified to write. In today’s market driven society, you can still be successful solely on the power of marketing, but if your writing does not carry any purpose, it is a failure. A purposeful writing requires one to know a lot and for that one has to read a lot.

How do we retain and convey Indianess in our writing?
Saket Suryesh: I think, there is a definite Indianness within each Indian writer, if one remains true to oneself. One just needs to look within and tap into the very Indian soul which resides deep within each of us instead of looking out at a success formula. We can write on universal subjects, appeal to international sensibilities even with definite fragrance of Indianness flowing through it.