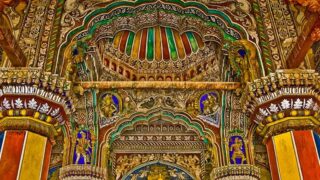 The significance of the Bhakti movement in BhārataVarśa is the shattering of beliefs that religion and God belonged to certain groups in the demography. It is believed that, in today’s Cosmic era, named KaliyugaA, an intense unconditional love for the Supreme takes one closer to godhead much more effectively than rituals, sacrifices and yagyās 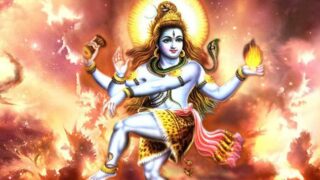 How Sankarabharanam, one of the beloved ragas of Carnatic music, represents Siva’s seven ornaments. 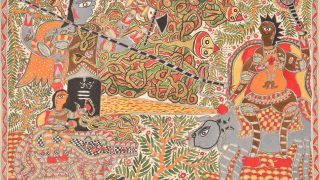 What is the one great unifying factor that distinguishes this ancient country whose history goes back several thousand years? It is spirituality. Highlighted by language and religion, enriched by saints… 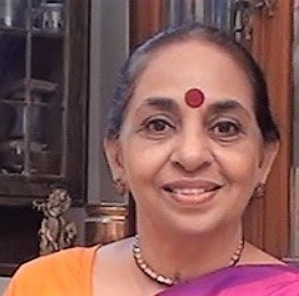 Indumati Raman initially graduated from the prestigious Kalakshetra College of Fine Arts in the vibrant presence of the founder Rukmini Devi Arundale. As Patron, Sponsor and Honorary Chairperson of the Melattur Bhagavata Mela Natya Vidya Sangam (1993-2002), she was responsible for resurrecting the tradition as Curator and Organiser of five festivals of Bhagavata Mela Natakams in Mumbai, Chennai and Thiruvaiyaru. In 2002, she initiated a unique experiment with the production of a Marathi Bhagavata Mela Natakam, Sakuntala, written by the Thanjavur Maharaja, Ekoji II. She sponsored, produced and co-directed it in collaboration with artistes from the Melattur Bhagavata Mela Natya Vidya Sangam and a selection of artistes from Mumbai. She is the author of the book Bhagavata Mela - My Tryst with Tradition published in January 2018 by Indus Source Books. Indumati Raman continues her research and mission by giving talks on various aspects of Bhagavata Mela Yakshaganams.