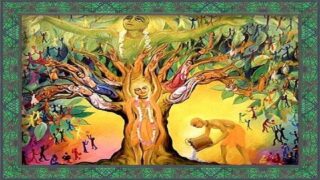 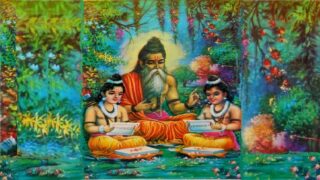 To retell a story, it was not only important to remember it but to embody the telling – The Ramayana that was told to Valmiki by Narada was told to Luv and Kush which were in turn told to Ram. 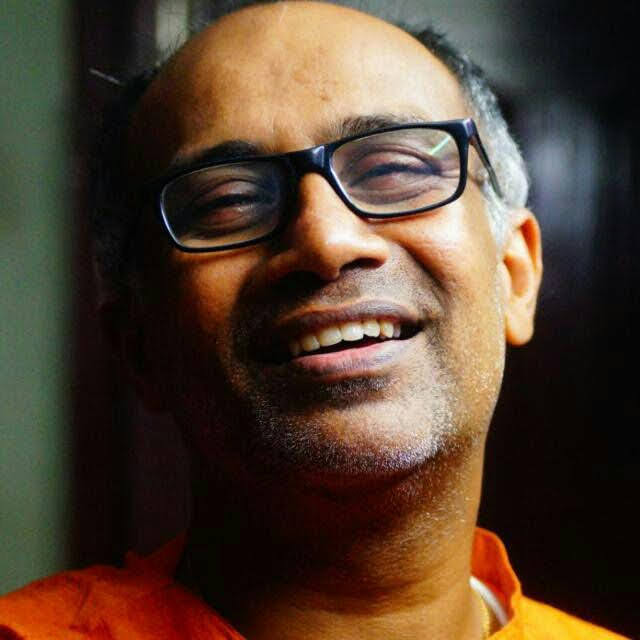 Dr Janardan Ghosh is a performing artist, academic, theatre director, film actor, playwright, performance coach and storyteller (Katha ‘Koli, a new art of storytelling) whose practice includes the use of traditional theories, contemporary performance vocabulary, and interactive media. His research- based work engages the indigenous practice methods in urban spaces exploring the perspectives of historicity, spiritual consciousness, intertextual dialogue, and body-space dynamics of myths, tales and gossips. Indeed much of his past work has explored the themes of spirituality, myth, gender, sexuality and society. He has completed his doctorate in Performance and Spirituality from the Ramakrishna Mission Vivekananda University. He has worked with legendary theatre practitioners like Wlodzimierz Staniewski (Poland), Wulfgung Kolneder(Germany), Anjan Dutta(India) and Badal Sirkar(India). He is Teaching & Research Associate with RKM Vivekananda University, Creative Director of OGLAM & Culture Monks. Have acted in plays, web series and award winning movies. Have been awarded for Performance in Education for Social change by Monash University, Australia and The Telegraph. He is launching his next performance of Katha ‘Koli Storytelling in Rasa Festival, Michigan. He is working on his new research based production on Changing Narratives of Ramayana. He is also assisting ICCR Durban to produce their show on Swami Vivekananda. Notably, recently, a film where he played one of the leading roles – Kaalkokkho, has been selected for the competitive section of the Busan Film Festival, South Korea, 2021, IFFI, Goa and International Film Festival, Dhaka.