Workshop On Establishing A Gurukul 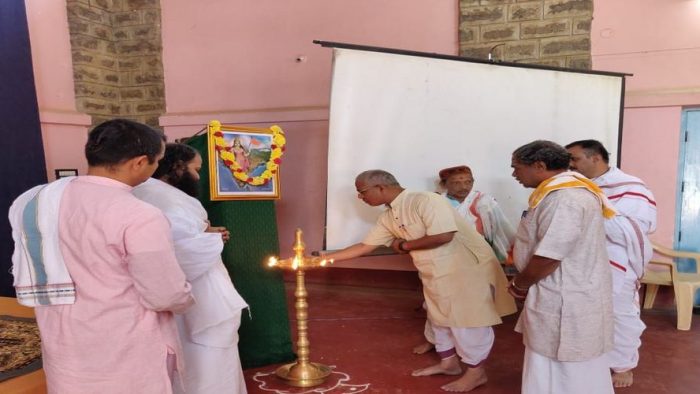 Bharatiya Shikshan Mandal organised a meet at the Veda Vijnana Gurukula campus, Bengaluru from 30th October to 2nd November as a part of its Gurukul project. The project aims at bringing the Gurukul system into the mainstream. Most participants in this meet were philanthropists interested in starting a Gurukul, ready with land, money and other resources required to establish a Gurukul in their respective areas from all over India, but waiting to get guided regarding how to go about it.

The sessions begin at 7 am in the morning with a talk on interesting new aspects that can inspire new thoughts on Gurukul curriculum building. The day long sessions after the breakfast were alternatively talks and group discussions. The group discussions gave opportunity to all the participants to share their views, seek clarifications and add their ideas. The moderators of the discussions were amazing in holding a balance between free open discussion and a stern and strict discipline of keeping the focus of the discussion in tact. Most of the talks and discussions were in chaste Hindi as most participants were from north India. A few talks were in Sanskrit. 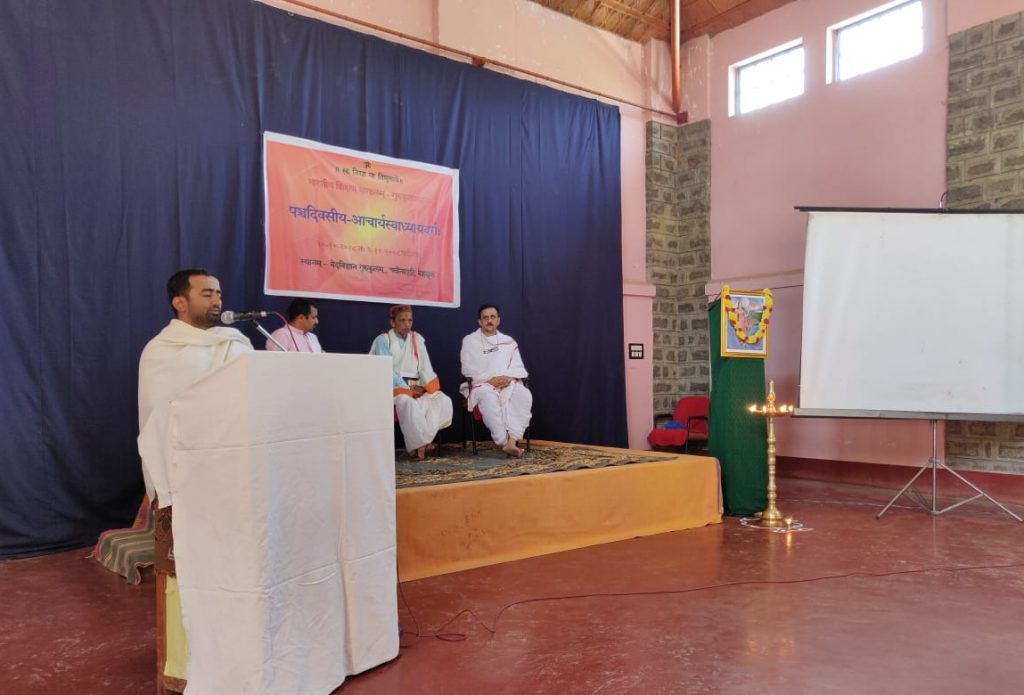 The Veda Vijnana Gurukula, which is being run under the guidance of Sri Ramachandra Bhat and the leadership of principal Sri Mahabaleshwar Bhat has a serene atmosphere. The meet was a sharing of harmonious Indic thoughts in the Gurukula vidyaarthi cottages, their dining halls, experiencing the serene vanashrama ambience. It was a humbling experience to the participants to be attended to by the highly learned scholarly students of the gurukula as volunteers. 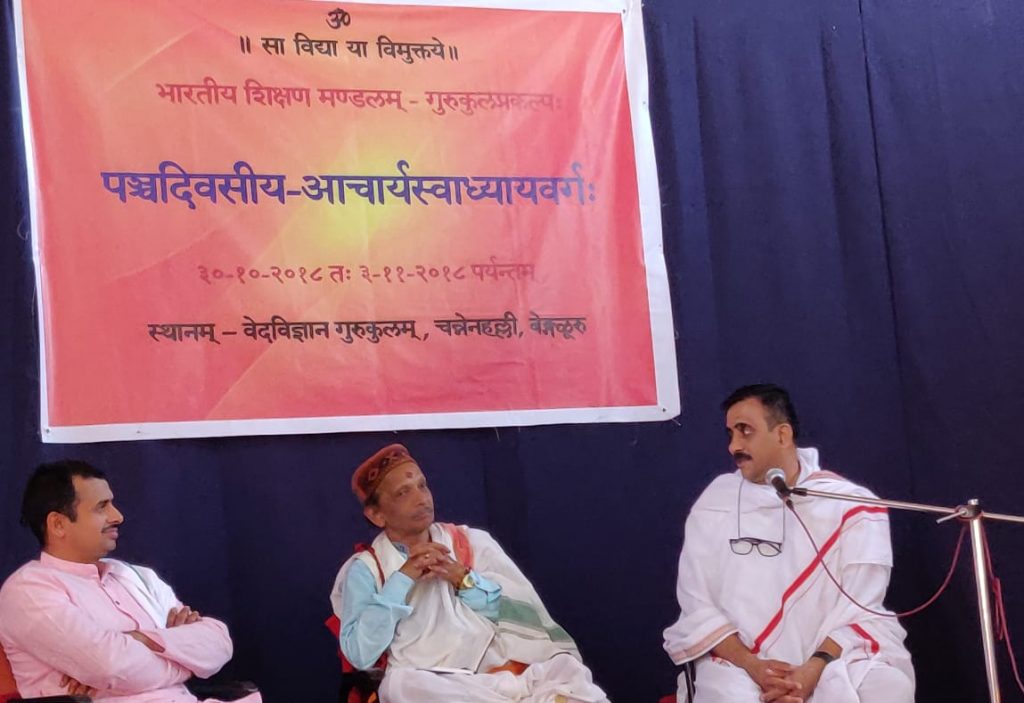 Indic Academy has supported this event via a grant.

All in all, participants went with their inspirations boosted manifold and with a confidence that the day when gurukula system turns into mainstream is not far off. 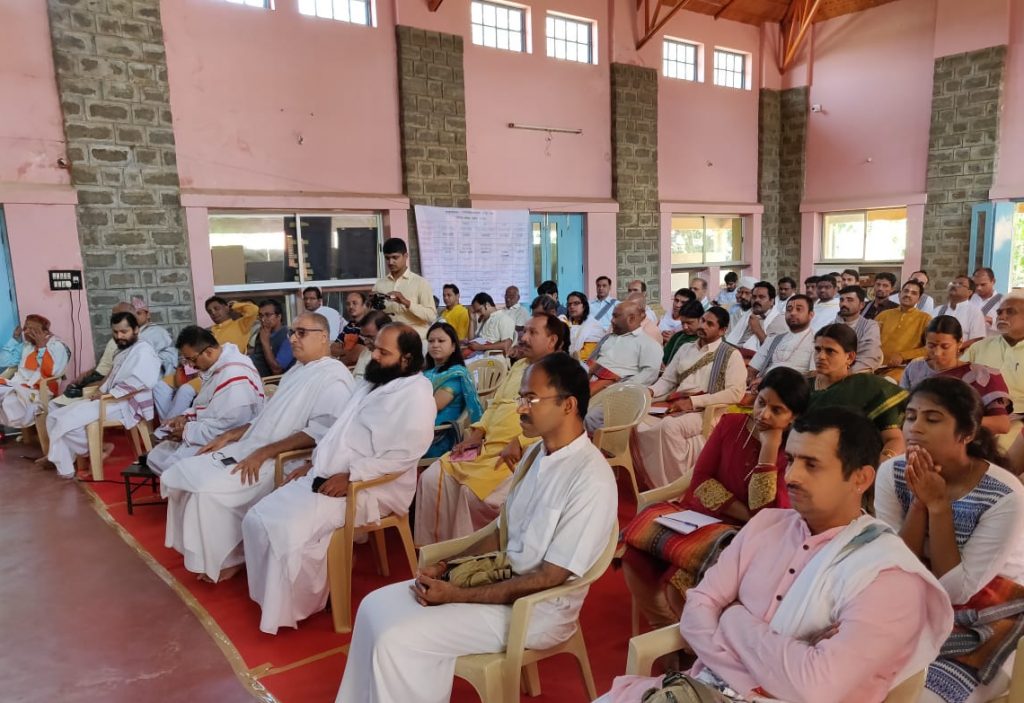 Bharatiya Shikshan Mandal(BSM) is a movement established in 1969 with the objective of accomplishing national resurgence in the field of education. BSM envisages to accomplish its objectives through a five dimensional framework which includes Anusandhan (Research), Prabodhan (Awareness), Prashikshan (Orientation), Prakashan (Publication) and Sangathan (Networking). BSM is working towards re-establish establishing the Bharatiya education system. After receiving tremendously positive response from International Virat Gurukul Sammelan (28-30 April, 2018) at Sandipani campus Ujjain, organised in association with Maharshi Sandipani Rashtriya Veda Vidya Pratishthan and Department of Culture, Govt. of M. P. by BSM’s Gurukul Prakalpa, there has been an overwhelming demand for establishing new Gurukulas as well as conducting foundation programs to mould Acharyas for the next generation.