Workshop On The Art Of Avadhanam 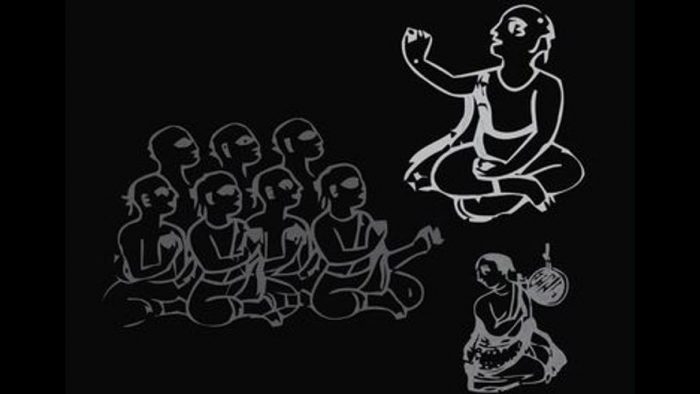 Avadhānam is a classical art form that is unique to India. This unique performing art expresses itself through various genres such as Vedas, music, dance, painting, and literature. Over centuries, it has evolved into a literary performance that never fails to enthral its audience. It exhibits an individual’s superior cognitive abilities such as powers of observation, memory, multitasking, and creativity, through tasks that draw upon multiple frontiers of intelligence. Repartee between the performer and questioners, mellifluously sung verses, and mathematical puzzles make this a wholesome source of entertainment. Since extempore composition and lateral thinking are embedded in the very structure of this genre, it is one of the finest representatives of classical performing art.

Though Avadhānam anchors itself in a long tradition of exceptional performers, it is currently performed mostly in Andhra and Karnataka, and is limited to three languages: Sanskrit, Kannada, and Telugu. Performers are fewer in number than one would expect. Owing to the lack of an informed audience, not all variants of Avadhānam are received with equal enthusiasm either. Dedicated efforts of connoisseurs have reinvigorated this art form in the recent past. However, if this legacy is to continue, the skills need to be passed on to a newer generation and the public needs to be made aware of the nuances of this art. It is in this context that a workshop on Avadhānam becomes relevant.

The workshop aims to initiate enthusiasts into the art of Avadhānam, hone the skills of existing performers and develop an informed audience who can appreciate a performance and discern the quality of an avadhānam. We are also interested in investigating the contours of the art as connected with various sciences, arts, cognitive studies and encourage Avadhānam to flourish in other languages.

Who can attend the workshop?

The workshop is open to everyone from enthusiastic beginners to budding composers, poets and researchers in the fields of cognition, memory, and literary creativity.

Dr. R. Ganesh, Śatāvadhānī is chief resource person for the workshop. He is a master of the art of avadhāna and performs it in Sanskrit, Telugu, and Kannada. He has performed over 1200 Aṣṭāvadhānams as well as five śatāvadhānams till date. He is also credited with the revival of this art in Kannada. Hampi University honored him with a D.Litt. for his thesis on The Art of Avadhāna in Kannada. Over 10,000 hours of his lectures on Indian culture and heritage, Indian and Western arts, and Indian and western philosophy have been recorded, and many of them are available online. 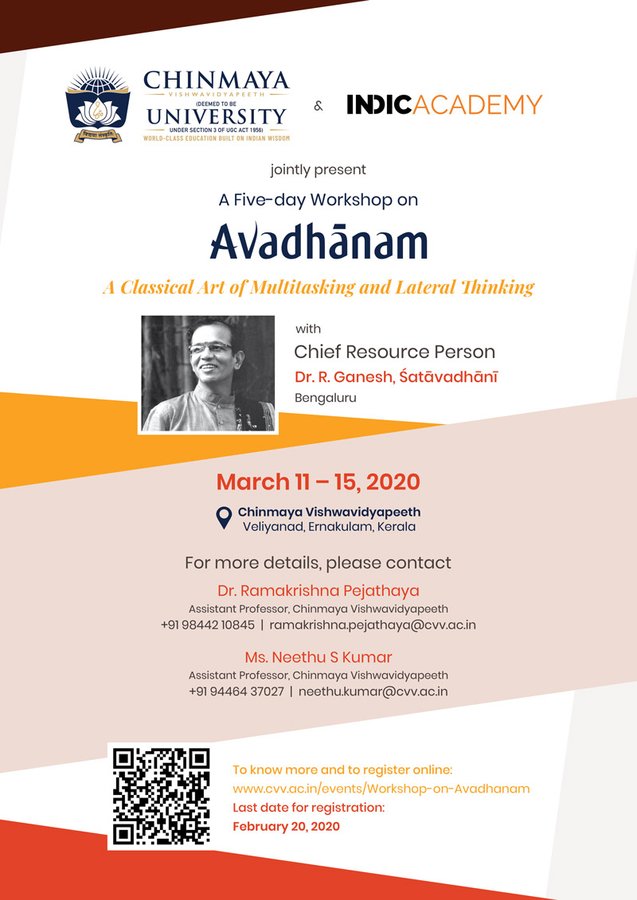 For registrations, please visit this site and for more information about the workshop, please refer to this brochure.