Webinar on The Partition 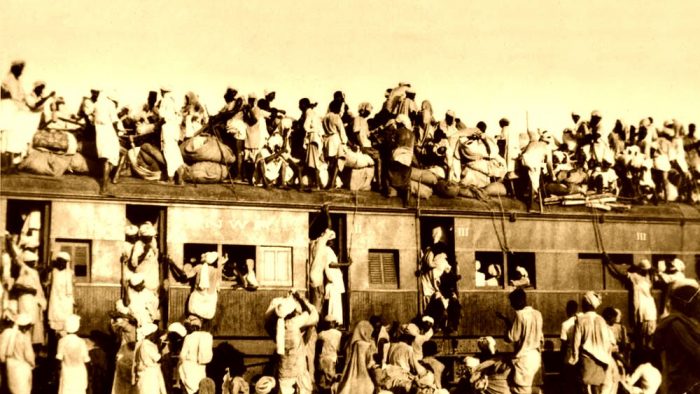 In the last decades, most of us schooled in India and abroad are typically handed with a simplistic overview of the Partition. Nothing can be further from the truth than it was just a one-time divisive scheme of the British in retaliation to India’s independence movement.

The efforts were in place at least 50 years prior to the actual event in 1947, and the socio-economic consequences changed the very future of generations down the line, giving rise to physical conflicts, ideological clashes, and divisive propaganda on the civilizational level.

This webinar intends to make humble efforts in unfolding the narrative, bringing forward a holistic view that has been systematically suppressed by part of academia and vested-interest groups globally. We’d discuss the issue with 2 prominent voices from the Indian states of Punjab and West Bengal, Sukhi Chahal, and Dr. Anirban Ganguly, along with columnist and commentator Avatans Kumar, moderated by Somanjana Chatterjee who has a decade long socio-political working experience in the subject matter. Both Avatans and Somanjana are part of the Indic Academy team in the US. 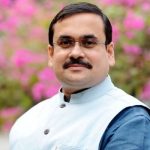 Dr. Ganguly had his early education at Sri Aurobindo Ashram, Puducherry and holds a Masters in International Relations, a Postgraduate Diploma in Mass Communication & Journalism and a PhD in education from Jadavpur University, Kolkata. He lectures in various leading universities and institutions across the country and has extensively travelled across the world and spoken at several conferences. Dr Ganguly has authored/edited/co-edited the following books, “Amit Shah and the March of BJP” (2019), “Making of New India: Transformation Under Modi Government” (2018), “Syama Prasad Mookerjee: His Vision of Education” (2017), “The Modi Doctrine: New Paradigms in India’s Foreign Policy” (2016), “Redefining Governance: Essays on One year of Narendra Modi Government” (2015), “Swami Vivekananda, Buddha & Buddhism” (2014) “Debating Culture” (2013), “Education: Philosophy & Practice” (2011). He has authored numerous papers, chapters and monographs on civilisational issues, politics, education and culture. He is a columnist with many dailies, including Times of India. 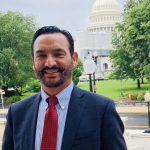 Sukhi Chahal was born in district Mansa of Punjab, India and migrated to USA in 1992. He is US citizen, living with family in the bay. Computer Engineer by profession, have attended Stanford and UC Berkeley for computer and management related courses.

Technical expertise in Information Technology and Unified Communication is very well known in the Silicon Valley. Had held senior management, engineering and consulting positions at Netflix, Lockheed, Intel, Sandford Healthcare, Stanford University, Sutter Health etc. in past. He travels extensively through the world and domestically to offer the IT consulting services to medium and enterprise customers.He is President of the Silicon Valley based Information technology consulting company. His professional accomplishments now afford him the ability to pay back and do something for a noble cause.He is also a Founder & Chairman of Punjab Foundation, a Silicon Valley, California based nonprofit organization since 2015. Punjab Foundation provides educational support for underprivileged kids.

We promote the principles of value based social relations, cooperation and collectivism. Punjab Foundation have been sponsoring “Smart Classrooms” projects which has already been installed in many villages of Punjab, India to bridge the digital gap in early education.He also serves on the board of various other non-profit organizations like The Dream & Beauty Charitable Trust with its Founder and Chairman. This organization is serving 50,000 (Fifty Thousand) Free Hygienic Vegetarian meals cooked daily to the needy people in and around Ludhiana during the lock down period in response to the request by Prime Minister Narendra Modi to NRI’s for help during the coronavirus outbreak. He is socially very active in the local community and have played major role in building bridges among the Hindu, Sikh and Jewish communities. He is very active on the Twitter on the social issues. Details available at Twitter: @realSukhiChahal 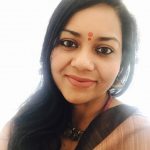 Somanjana Chatterjee was born and raised in Calcutta (now Kolkata). She studied, worked and lived in 3 continents. Started her career as Research Assistant for India First Foundation in New Delhi, assisting with the book Bengal’s Night without End that chronicled 30 years of Red Terror under communism in West Bengal. Currently, Somanjana is based out of California, overseeing various projects in media, marketing, community engagement building coalitions around shared values and goals. For more information, please visit: www.somanjanachatterjee.com 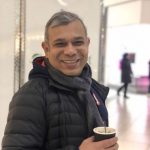 Avatans Kumar is a columnist, public speaker, and an activist. He writes frequently on the topics of language & linguistics, culture, religion, Indic Knowledge Tradition, and current affairs in several media outlets Avatans holds graduate degrees in Linguistics from Jawaharlal Nehru University and the University of Illinois at Urbana-Champaign where he also taught Linguistics and Hindi as a foreign language respectively.

Several of Avatans’ Hindi poems have also been published including in Bharatiya Gyanpith’s magazine Naya Gyanodaya. Avatans has vast experience in the field of IT, PR & Marketing, and Management. He serves on the executive board of the American Academy of Indic Studies. Avatans currently leads the US operations of Indic Academy, incorporated as INDICA, Inc., a 501(c)(3) not-for-profit organization in the US that seeks to bring about a global renaissance based on Indic civilizational thought. Avatans resides in the US.