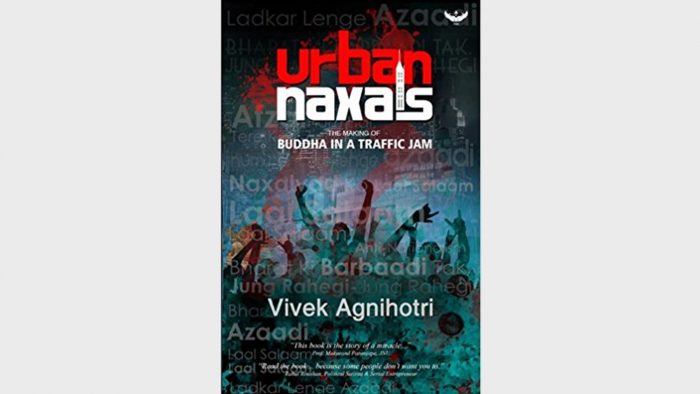 Bollywood director and activist Vivek Agnihotri has come out with his new book titled Urban Naxals, gathered from his experiences while making the film “Buddha in a Traffic Jam”. The film had been deemed controversial given that it enlightened an aspect of modern socio-political setup which no one really talks about, but is nevertheless ubiquitous in the academe, media and other relates spaces; a destructive nexus between an India-wide Maoist terror movement and their supporters in urban centers. Naxalites are waging war on India with details plans for an overthrow of the State. Urban Naxals act to amplify their message, serve as recruiters and wage a propaganda war through social and conventional media. This gripping book recounts Agnihotri’s own grooming in College to be an Urban Naxal and details the plans and modus operandi of the movement. Agnihotri’s story is a behind-the-scenes look at the making of “Buddha in a Traffic Jam”, the violent resistance to its screening, and an expose of the world’s largest extreme-left terror movement and its penetration into urban India. 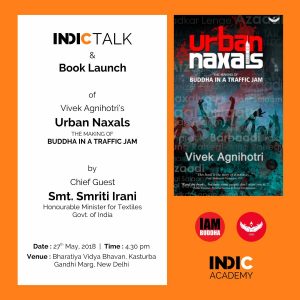 There are two book launch related events coming up this weekend, both on Saturday and Sunday, organized by the Indic Academy and Garuda Prakashan. The Chief Guest for the Sunday event shall be Smt. Smirit Irani, minister for textiles in the Govt. of India. All those who are interested in getting a glimpse of the manner in which Naxal ideologues have invaded our institutions and media, will find it enriching to listen to Vivek speak about his book.