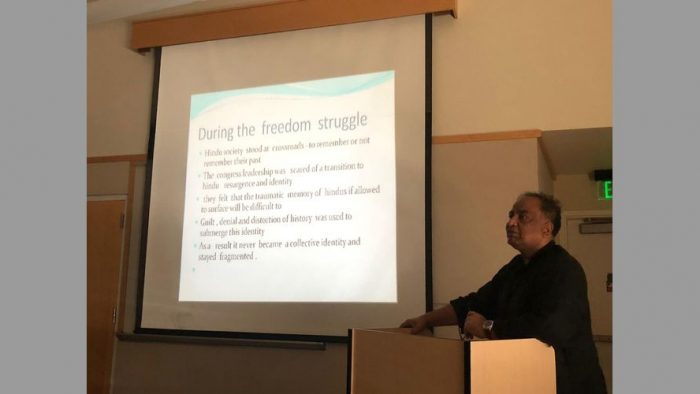 Indica Seattle hosted a talk by eminent clinical psychologist and author, Dr Rajat Mitra on “Transgenerational Trauma of Hindus”. The interactive talk was organised by Indic Academy Seattle at the Redmond Library on 24th August 2019.

Dr Rajat Mitra holds a PhD in Psychology, is a social entrepreneur and an Ashoka Fellow. He is a popular columnist and the author of the “Infidel Next Door” who was recently touring the US. During his talk on “Transgenerational Trauma of Hindus”, Dr Rajat Mitra spoke about the genocide and historical ethnic violence suffered by Hindus over the decades. His talk was part psychology and part literature. Dr Rajat Mitra spoke about his journey and research, “I first heard trans-generational trauma as a word around 30 years back. I was at a conference. It was in Europe and there were psychologists from across the world who were researching on issues like genocide, apartheid and there was no proper record or documentation of all these areas. So, it was on the fringe of psychology or mental health – genocide, apartheid, racism – they are by and large not discussed in mental health, but they are being discussed right now and as we grow in complexity and as we come in touch with our past, our heritage these topics are becoming slowly important. So, I came across that topic and I realized that it has a close connection to our culture. As I listen to Jewish psychologists, as I listened to Armenian psychologists, I realized that in India, too, we have a lot of such issues to discuss – our heritage, the genocide that we have gone through, the partition, the mass violence that we have gone through – we don’t talk about. These are issues which are not discussed by the mental health professionals, by psychologists. So, I decided that this is something I would take on and since then it became a journey for me.”

Dr Rajat Mitra’s talk was followed by an interactive Q&A session with the enthusiastic audience. The talk was organised by Indica Seattle  convenor Archana Sunil. 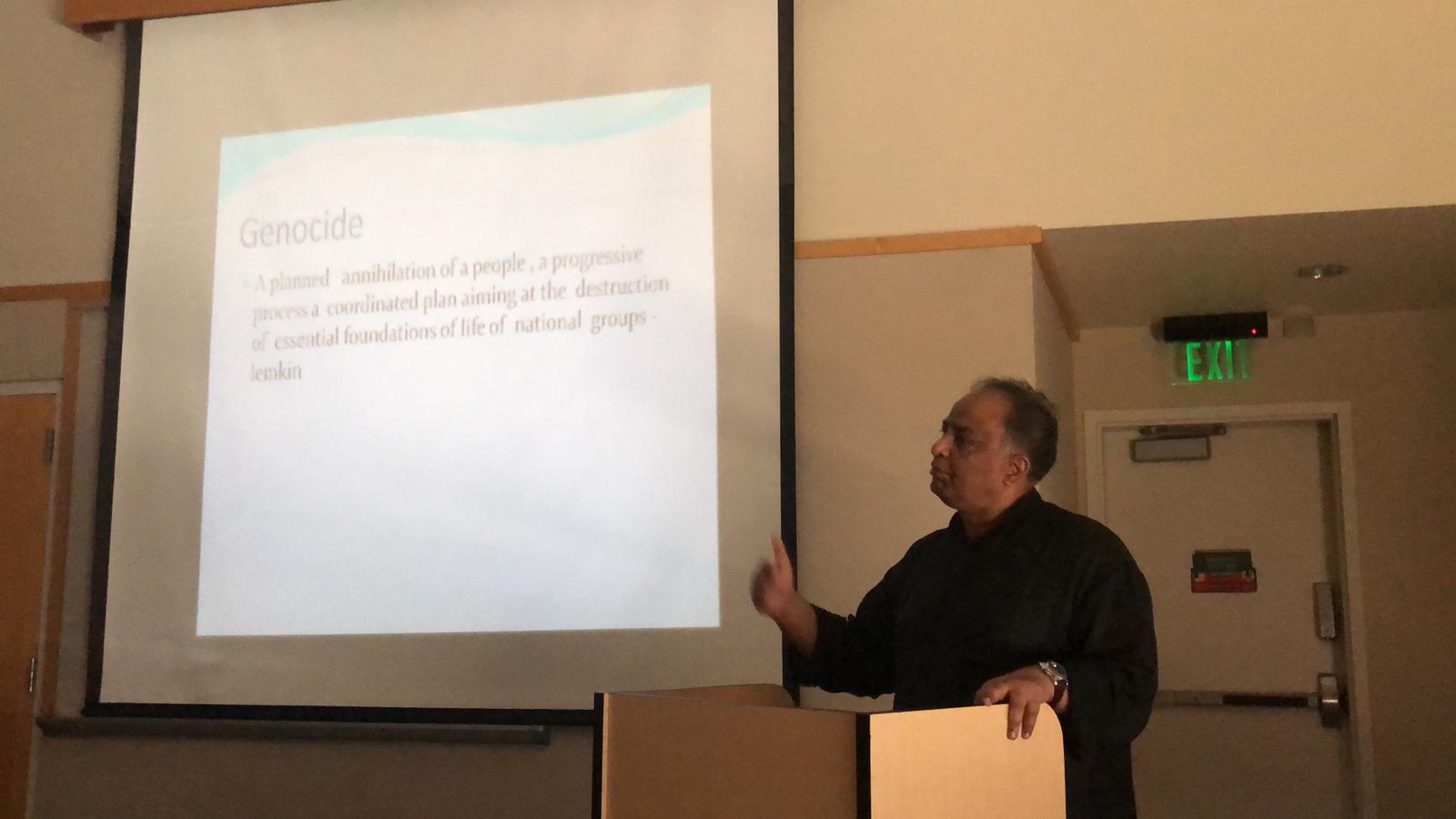 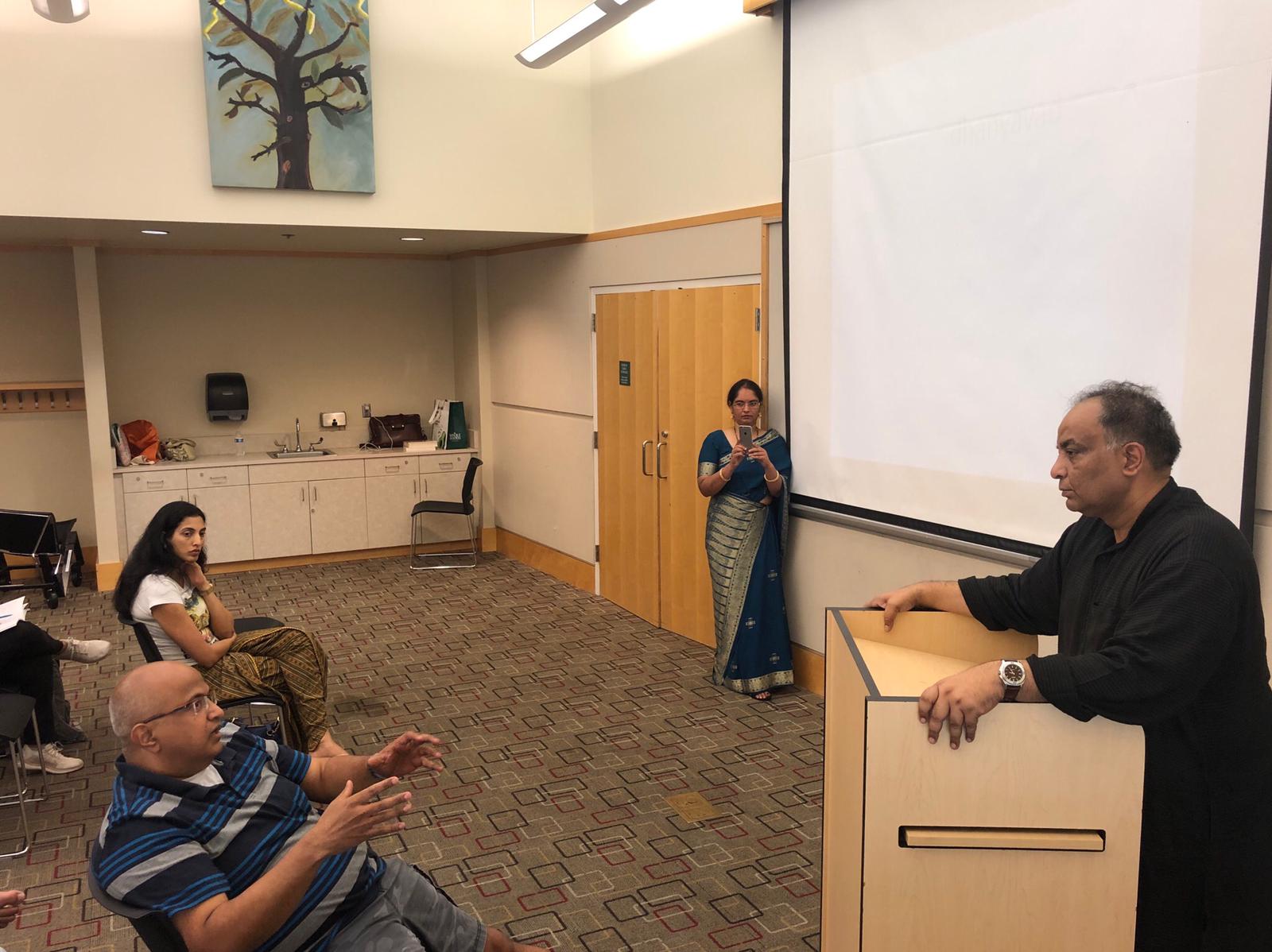 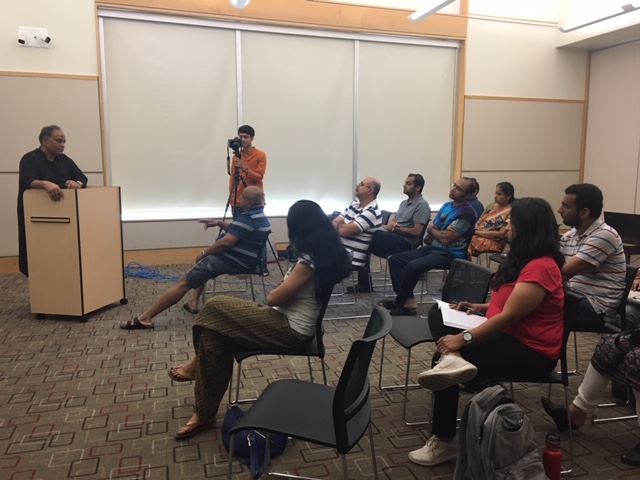