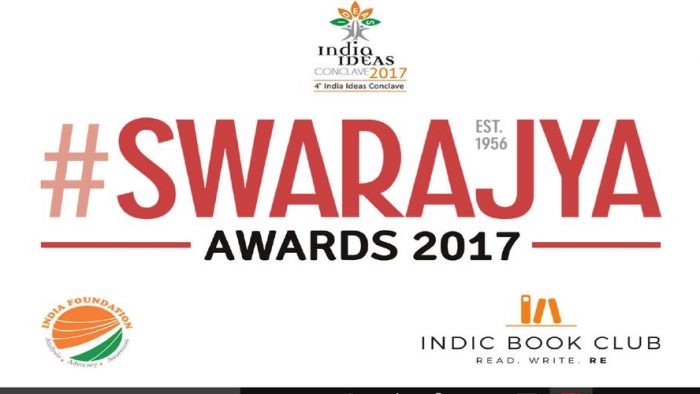 The Swarajya awards for the year 2017, presented in association with India Foundation and Indic Academy, were announced Saturday (16 December 2017) at India Ideas Conclave in Goa.

The awards aim to recognise the stellar work being done by various individuals in the fields of economics, politics, social work and culture. These are the awards:

Dr B R Shenoy Award, named in honour of a great Indian free market economist who challenged the Nehruvian dirigisme, will be presented to an individual who has consistently advocated the value of open market, stood for a reduced role for government in enterprise and thereby made a significant contribution to advance human freedom.

Dr S P Mukherjee Award, instituted in honour of a great Indian statesman – politician and an intellectual progenitor of a uniquely Indian political philosophy, will be conferred on an active politician who has consistently strived to uphold values that Dr Mukherjee epitomised – commitment to constitutional values, and thoughtful interventions to enrich the quality of public life.

Sree Narayana Guru Award, named in honour of the great Hindu Social reformer from Kerala who worked for social equality, spiritual freedom and economic empowerment of underprivileged, will be bestowed on individuals or institutions engaged in fields such as transformational social work projects, inspiring grassroots activism in rural education healthcare, tribal welfare, empowerment of marginalised communities and rural entrepreneurship.

Ustad Bismillah Khan Award, instituted in honour of one of India’s greatest musicians who embodied the essence of India’s cultural syncretism and shared civilisational heritage, will be presented every year to an individual who has achieved the highest level of excellence in fields like arts, culture, literature, philosophy and folk tradition.

Each award will carry a citation, a specially designed trophy and a cash prize of Rs 1 lakh.

Here’s what you should know about the winners and their work: 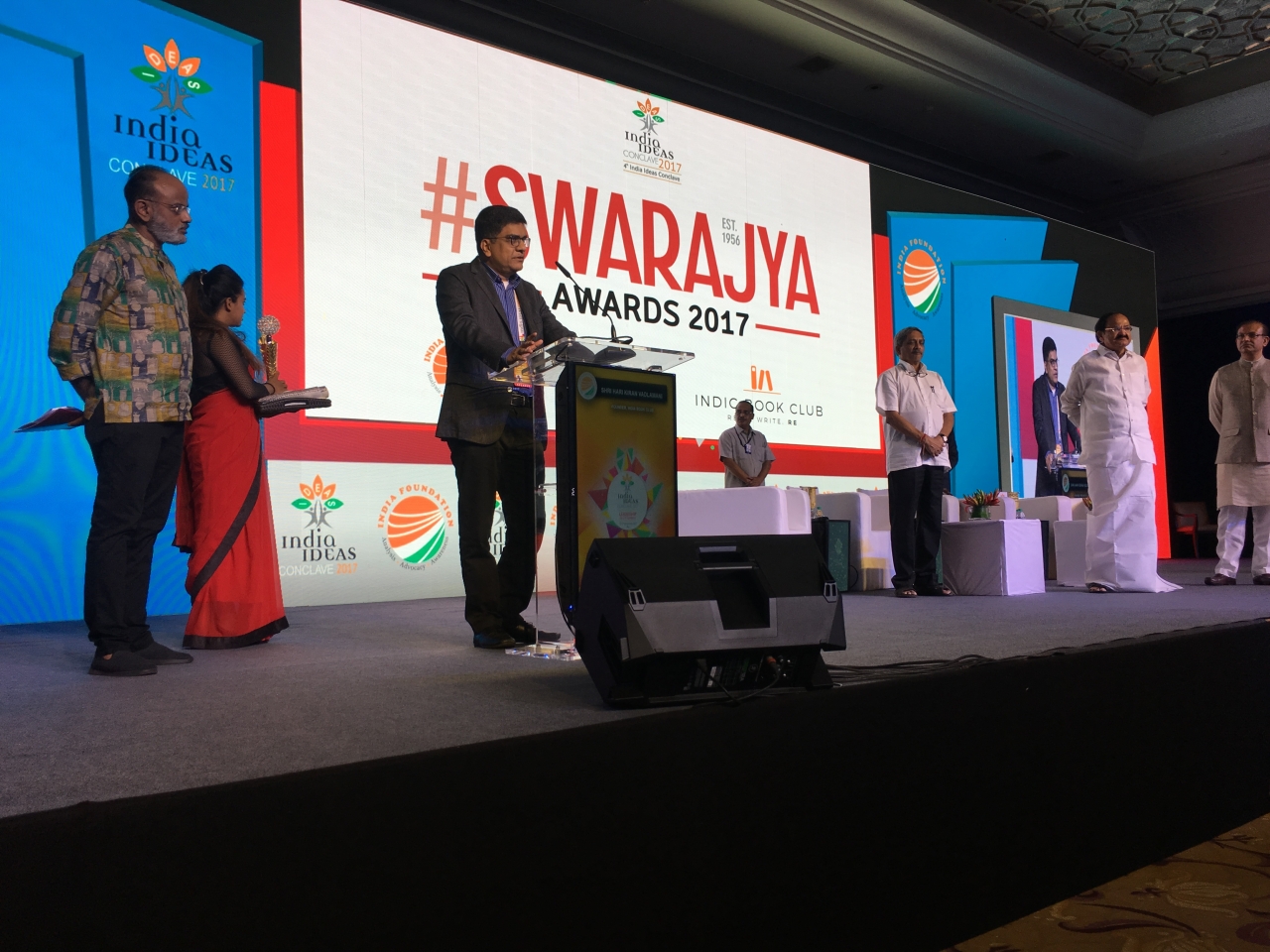 Having knowledge is a condition for freedom too, for the ignorant can never truly be free. Niranjan Rajadhyaksha, the recipient of this award, is someone who has helped his readers make better sense of contemporary economic developments with his writings and work. His erudite and illuminative columns provide scholarly analysis of economic debates and events to millions of readers. Empowering his readers with his considered views, Rajadhyaksha has thus made profound contributions to cause of freedom in India. 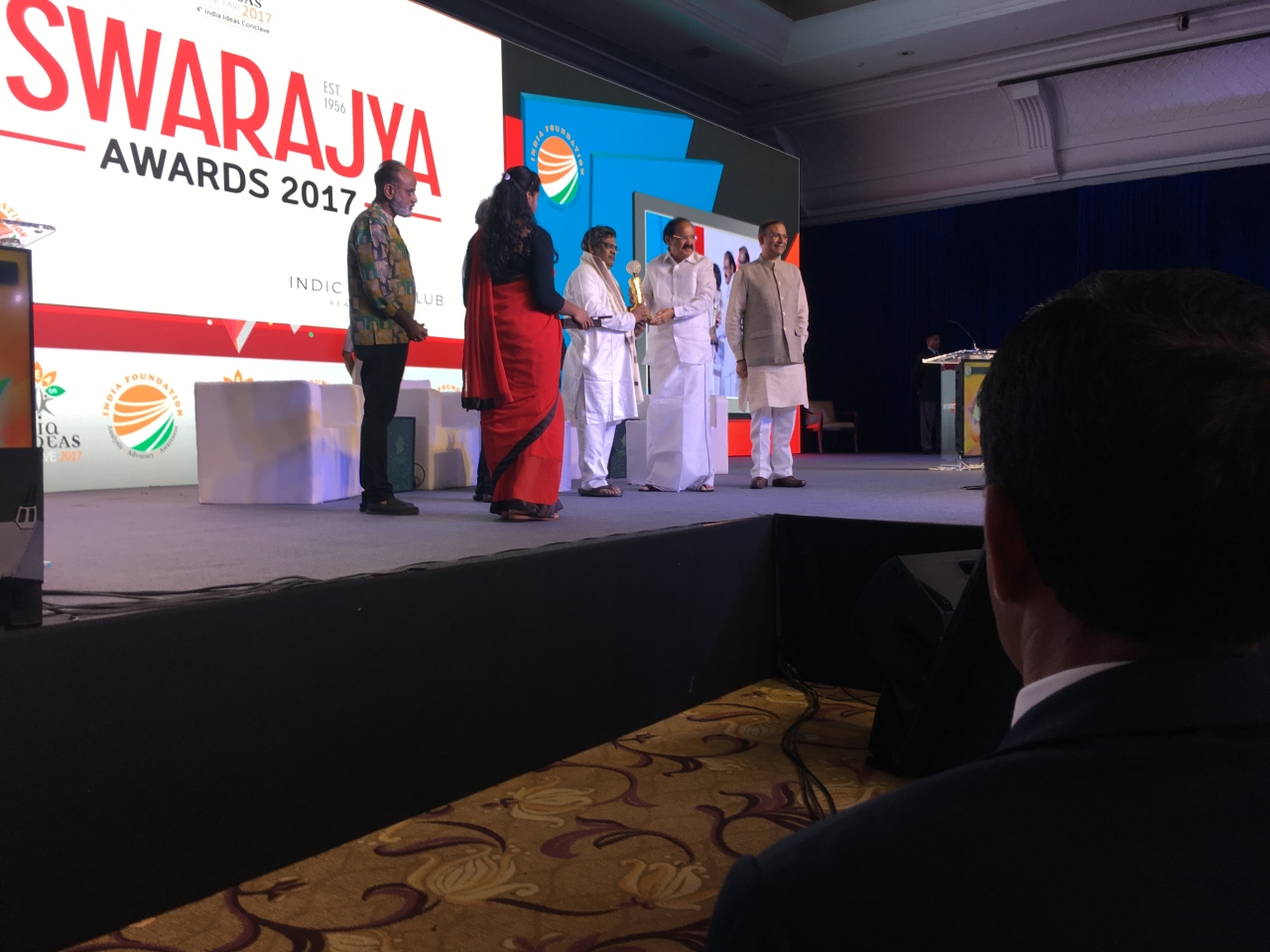 Sirivennela Seetharama Sastry’s words have been simple, subtle yet strong soldiers of Indic culture and heritage. Infusing positivism and hopefulness, his works just like Bismillah Khan’s music have mystically moulded a million minds. 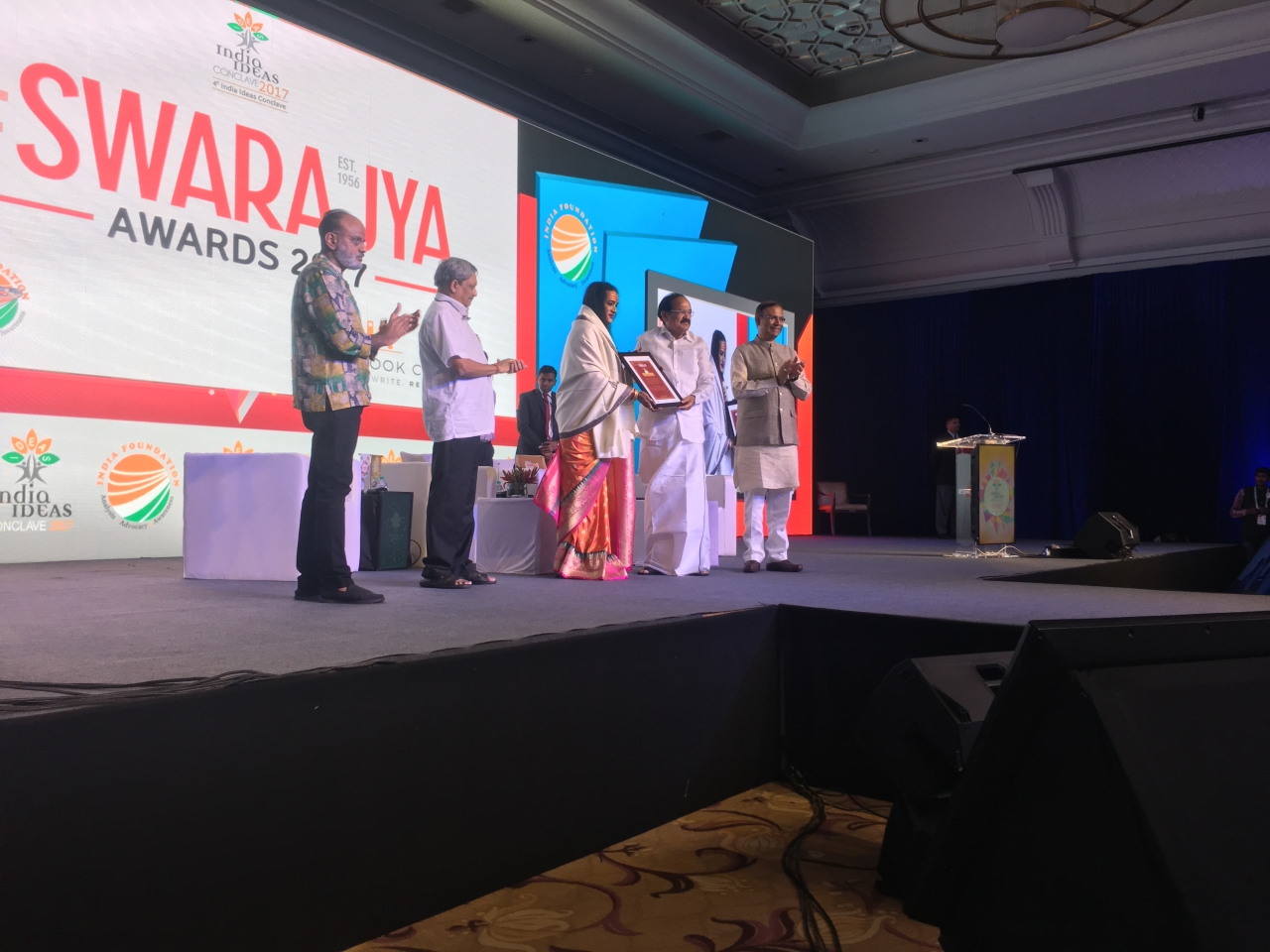 Redefining gender discourse in the country with her activism, Laxmi Narayan Tripathi’s efforts towards bringing about a transformation in our society has been incomparable. Her dedication has earned an entire community its due recognition, rights and respect.

India’s first magazine to advocate economic liberalism, Swarajya was founded by C Rajaji in 1956. The magazine was relaunched in 2014 and remains committed to the ideals of individual liberty unmediated by the state or any other institution, freedom of expression and enterprise, national interest, and India’s vast and ancient cultural heritage. Swarajya has now taken the shape of a vibrant digital platform and a flagship monthly print magazine.

An independent research centre focused on the issues, challenges and opportunities of the Indian polity.The Foundation believes in understanding contemporary India and its global context through a civilisational lens of a society on the forward move.

Indic Book Club seeks to bring a renaissance by nurturing a network of Public Intellectuals and enabling their transformation into leaders of cultural thought and expression.

Established in 2015, IBC has established a multi city global presence and built a vibrant network of academics, authors, artists and activists.