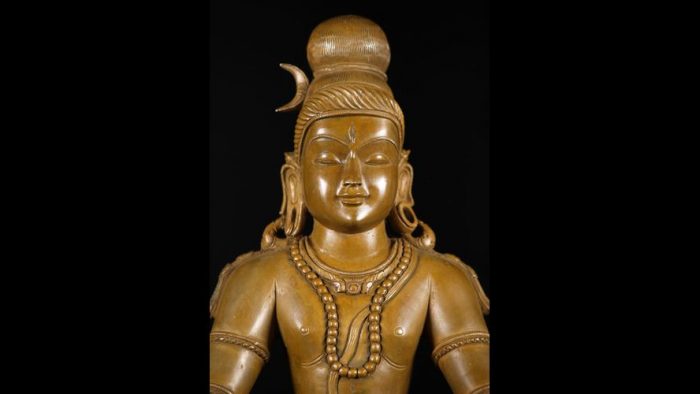 Individuals who have contributed to the popularity of mindfulness in the modern Western context include Thích Nhất Hạnh (1926– ), Herbert Benson (1935– ), Jon Kabat-Zinn (1944– ), and Richard J. Davidson (1951– ). Jon Kabat Zinn, an American professor emeritus of medicine and the creator of the Stress Reduction Clinic and the Center for Mindfulness in Medicine, Health Care, and Society at the University of Massachusetts Medical School, created the stress reduction program Mindfulness-Based Stress Reduction (MBSR), which is offered by medical centers, hospitals, and health maintenance organizations. Kabat-Zinn’s MBSR began to get increasing notice with the publication of his first book, Full Catastrophe Living: Using the Wisdom of Your Body and Mind to Face Stress, Pain, and Illness (Delta, 1991), which gave detailed instructions for the practice. Then, in 1993, his work in the Stress Reduction Clinic was featured in Bill Moyers’s PBS special Healing and the Mind, spurring wide interest in MBSR and helping to make Kabat-Zinn nationally famous. In 1994 Kabat-Zinn’s second book, titled Wherever You Go, There You Are, became a national bestseller. In the latter part of the 1990s, many MBSR clinics were opened, either as standalone centers or as part of a hospital’s holistic medicine program.

Origin of Mindfulness in the Buddhist meditation practices of Zen, Vipassana etc. and employment of Hatha Yoga methods etc. by Kabat-Zinn are well acknowledged and well established. The origin of the word ‘mindfulness’ itself is attributed the Buddhist Prakrit/Pali word ‘sati’ itself having origin in the Sanskrit word ‘smriti’ . But interestingly, it is mentioned that Kabat-Zinn wanted to de-link Mindfulness from its Buddhist connections to make it ‘secular’ and ‘scientific’. What is to be noted is that, in this process, instead of acknowledging that a practice of an Indic ‘religious’ tradition has ‘scientific’ aspect in it, indebtedness to an Indic ‘religious’ tradition is pushed into oblivion in the name of ‘making’ (it look to be?) ‘secular’ and ‘scientific’.

Another fact that gets pushed into oblivion in the process is ‘mindfulness’ being part of the meditative practices of the entire continuum of Indic traditions among Vedic, Buddhist, Jain etc. which flourished through mutual diffusions and influences among themselves. That may not be intentional on the part of Dr Kabat-Zinn or others who brought mindfulness into current medical practices. But nevertheless the fact remains that the indebtedness of ‘mindfulness’ methods to the entire continuum of Indic traditions including the Vedic gets pushed into oblivion with the severing of its connections with the Buddhist meditative practices.

None of the members of the continuum or the complex of Indic traditions Vedic, Buddhist, Jain etc., is just all about ‘mindfulness’. ‘Mindfulness’ is just a part, of course one of the key parts, just a step, undoubtedly a crucial step, in a long process of the meditative practices of these traditions. But the current fame of the efficacy of its contemporary applications in the healing of body and mind issues, though is not surprising and is taken for granted by the practitioners, is a matter of crucial importance for a historian of ideas.

Among textual resources covering the theory and practice of a non-judgemental attention to the experiences in the present moment, early Upanishads are pre-Buddhist. They include this in their theory and in the practices mentioned by them as the basis of their theory. Based on the early Vedic literature, namely the early Upanishads and the Mokshadharma, Alexander Wynne, in his ‘ The Origin of Buddhist Meditation” asserts the origin of the method of meditation learned by the Buddha from the Upanishadic teachers, and attempts to use them to identify some authentic teachings of the Buddha on meditation. Kalupahana argues that the Buddha “reverted to the meditational practices” he had learned from Ārāḍa Kālāma and Uddaka Rāmaputta. Wynne argues that Ārāḍa Kālāma and Uddaka Rāmaputta were Brahmanical teachers, and that the attainment of the formless meditative absorption was incorporated from Brahmanical practices. According to Matsumoto, “the terms dhyana and samahita (entering samadhi) appear already in Upanishadic texts that predate the origins of Buddhism”. Based on the words such as dhimahi in the mantras such as the Gayatri mantra which is considered to be ‘the mother’ of all the Veda mantras, and is found in Yajur Veda and Rig Veda, it can be oncluded that dhyana is as old as the Vedas themselves.

The Origins of Mindfulness are traced to Zen Buddhism and the word ‘Zen’, as is well known, is the Japanese form for the word Dhyaana which took various forms such as Ch’an in China, Thien in Vietnam (Thich Nhat Hanh is the Vietnamese teacher of Thien to Kabat-Zinn), Seon in Korea (Seungsahn Haengwon is the Korean teacher of Seon to Kabat-Zinn). Dhyana- centric Buddhism is said to have been taken to China by a siddha named Bodhidharma. Zen Buddhism or Dhyana-centric Buddhism is a strand of Mahayana Buddhism. The earliest textual evidence of “Mahāyāna” comes from sūtras originating around the beginning of the common era.

The concept of two distinct inner world aspects, the experiencing one and the witness is found in the parable of the two birds on the tree from the Upanishads and the Rigveda.

Griffith’s translation:
Two Birds with fair wings, knit with bonds of friendship, in the same sheltering tree have found a refuge.
One of the twain eats the sweet Fig-tree’s fruitage; the other eating not regardeth only.

This mantra in its adhyatmika artha can be seen to be talking about the twin aspects of the inner world viz., bhoktr, the experiencing and the sakshin, the witness.

Scholars are requested to participate in the Seminar with their research papers on Mindfulness in the Vedas, Upanishads, Gita, Yoga Sutras and other Yoga Literature, Texts of Various Schools of Vedanta, Tantra, Buddhist, Jain and other Avaidika literature to the extent of their connections with Vedic mindfulness; any one or two many of these. Practices of Mindfulness in Various Vedic paths of spiritual practice; any one or two or many of these. Evidences of or related to dhyana in Vedas and the early Upanishads can also be discussed though mindfulness is the main focus of the seminar.

Exact dates and venue of the seminar will be communicated soon.

Practical mindfulness and meditation sessions will be part of the seminar.

Interested scholars may send the title and abstract of their paper to indicacademy@gmail.com on or before 20 th May, 2019.