Mind It! – The Vedic Roots Of Mindfulness 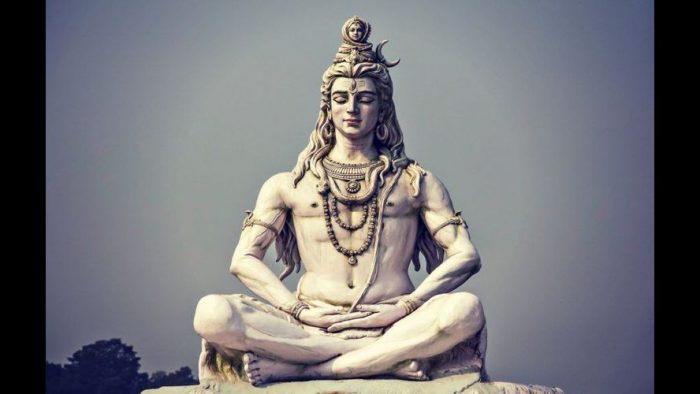 Mindfulness practice is all the rage in the West, from their hospitals and universities to corporate boardrooms and legislative halls. But its Indian and Vedic sources are being ignored, even wilfully supressed. In many ways this is a familiar story, repeating what is happening to Yoga in its much longer journey. And in their urge to “secularise” mindfulness, their mantra appears to be say nothing much about where it came from, at the most superficially acknowledging Buddhist teachers and texts. But where it came from is the Indian Vedas, Upanishads, and innumerable sutras, vidyas, and tantras enshrined in the tradition. From there it went to Buddhism, and then on to the West from modern teachers. It is time we demand acknowledgement, and reclaim yet another part of our Vedic heritage.

The Western world, which is so obsessed with intellectual property rights, is actually the most adept at theft of intellectual ideas, rued Hari Kiran Vadlamani, director, Indic Academy (IA), launching a seminar on Vedic Mindfulness, organised by IA with the support of the Indira Gandhi National Centre for Arts (IGNCA) on Friday, July 27, New Delhi.

Just a few days earlier, I had visited the “Brain Museum’ at the National Institute of Mental Health and Sciences (NIMHANS), Bangalore, and after enjoying the experience of holding a real human brain in my hand (you’ll be surprised how small an adult brain actually is, it fits in your palm) I strolled over to the NIMHANS library opposite.

Curious about what undergraduates were starting off with, I browsed the 2nd edition (2017) of a popular text, Psychology of Emotion, by Paula M Niedenthal and Francois Ric, published by Routledge Nyon.

And there it was, on page 161: Mindfulness practice was defined as creating and sustaining an “awareness that arises from paying attention to the present moment, on purpose, without judgement,” quoting one Kabat-Zinn, 2003. Then on page 162, that research has shown “increased blood flow to and thickening of the areas in the cerebral cortex (ah, brain I held in my hand…), associated with attention and emotional integration in people practicing mindfulness.”

Actually, not very nice. For there was not a single reference to the sources of this fantastic practice. If it was anything other than Vedic and Hindu, it would have been shouted from the rooftops. Otherwise, you have to dig. But only a little, for the story unravels itself pretty easily.

The 2003 quote in the undergraduate textbook above is from a paper in a journal called ‘Clinical Psychology, Science and Practice’. And who is Kabat-Zinn?

As speaker after speaker attested to in the seminar, Jon Kabat-Zinn was the man who kicked it off in the West, after learning meditation and mindfulness from Buddhist teachers, from the 70s onwards. To be fair, he never denied the source. He declared his intention to secularise the practice and remove its cultural associations so that people could take advantage of its health benefits without cultural factors becoming an impediment.

Sorry, but not on. His Buddhist teachers have cried foul, and are taking steps to reclaim its source. And in turn, as Dr Nagaraj Paturi, Director, Inter-Gurukula University Centre for Indic Knowledge Systems, and a member of the Board of Studies of MIT School of Vedic Sciences, Pune and Chinmaya Vishwavidyapeeth, Veliyanad, said, “we are talking with our Buddhist friends to now get them to acknowledge where they got it from”.

And, in the meantime, it is imperative that Vedic researchers, scholars, students and practitioners, understand and present to the public what this is all about.

K. Kathirasan, an experienced mindfulness teacher, practitioner and certification provider based in Singapore, has done the hard work in mapping a lot of the terms, concepts, practicies and techniques used in Mindfulness practice as employed today, on to the Vedic, Vedantic, Yogic, and Tantric practices out of India.

As he points out, the non-judgemental awareness and ‘following’ of the mind in its thoughts, the attention and acceptance that is emphasised in the practice, as well as the self-knowledge, wisdom, and the sense of “psychological freedom” as key end-states, are all from Vedic sources. In the seminar, he produced quote after quote from the Upanishads and other Vedantic texts like the Bhagawad gita. “There is complete Indebtedness,” he said.

Dr Nagaraj Paturi said that there was a blunt refusal on the part of many practioners of mindfulness, meditation and yoga techniques to acknowledge the Vedic and Hindu roots of these practices.

Delivering the valedictory address, Infinity Foundation founder and one of the pioneering figures in Indian heritage activism, Rajiv Malhotra, speaking for the first time on an Indic Academy platform, spoke about how India had not got its act together in terms of the serious challenges it was facing on my fronts, including crucial questions of identity. “I don’t want to be negative, but in many ways, Indian heritage is for sale,” he lamented.

From our side, it is important to acknowledge the West when it makes contributions in terms of building predictive models, establishing cause and effect relationships, in validation and testing, and in applications, he said.

Going forward, he said, genetics and the study of gene expression was going to play an important role in the future of neuroscience, health and medicine. Gene expression is closely related to what happens in the mind, and what genes get “expressed” will determine both physical and mental health, besides cognitive capability in general.

India has one of the most genetically diverse populations in the world, and we are freely allowing Western universities and institutes to take large genetic samples, like at the Kumbh Mela for example.

Westerners are already doing major research on gene expression and traditional meditation and mindfulness practices, capturing large amounts of data. “This is big data, and you are going to need Artificial Intelligence algorithms to process it.”

“We are lagging behind. This is where the future Nobel prizes are going to come from. We have to map the mind-body connection. We have to take Western science and medicine and map it on to Vedic and Sankhyan platforms.

“And we have to scale,” he added. “We have to do on the Indian heritage and knowledge system area what we did with IT. China has stated a need for 5 lakh yoga teachers. Can we deliver them?”

All the speakers warned against Indian scholars and experts being easily satisfied with foreign trips, or even tenures, and giving away their knowledge. A Russian technologist, for example, training under an Indian Ayurvedic doctor at a US University, is developing a smart watch with sensors which could actually take a nadi pariksha the way an Ayurvedic doctor would do with his fingers.

In one of the many interesting presentations at the seminar, Raghu Ananthanarayanan analysed Sutra 2.27 (Tasya Saptadha Prantha Bhumih Prajnya) in the Yoga Sutras and showed its relavance to mindfulness practice.

Traditional and modern commentators have talked about these seven levels or “bhumis” of advanced enlightenment, where the first two, karya vimukthi and chitta vimukthi, are regulation of action and mind — behavior, thought and feeling. While these two seemed to clearly correspond with mindfulness practice on a very basic level, the other five bhumis of Adhikarana, Viveka Khyati, Guru Shikaram, Astham, and Kaivalyam, go much deeper and farther into human consciousness.

Along with questions of identity and cultural and indeed civilisational ownership, here perhaps is another reason why it is important to reclaim our heritage, and why thinking, fair-minded Westerners, whether Indophile or not, should support this endeavour. In a fair environment of mutual acknowledgement and respect, we can take these practices much further, deeper, affording even greater understanding and benefits to the world — after all vasudaivah kutumbakam.