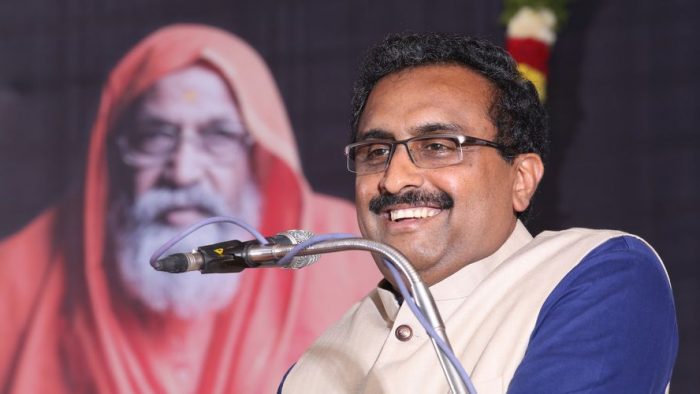 Sri Ram Madhav, General Secretary of BJP and Board Member of India Foundation delivered the first Pujya Swami Dayanand Saraswati Memorial Lecture organized by Indic Academy and Coimbatore Committee of Hosts in Coimbatore, Tamil Nadu on September 23, 2019. In the lecture titled ‘Transcending Dualities – In Search of Oneness’, he commended the services of Swami Dayanand Saraswati to the nation and called him as ‘Rashtra Rishi’ as he does not belong to one region or a sect.

Sri Ram Madhav explained that Hindu Dharma is based on the innate oneness among the diverse cultures of people of different regions of Bharath. He stressed that Hindu Dharma accommodates plurality. Swami Dayananda Saraswati created awareness of Hindhu Dharma; though he was a saint he always had the well being of the nation and its population in mind. He preached the importance of Hinduism as a way of life applicable worldwide. 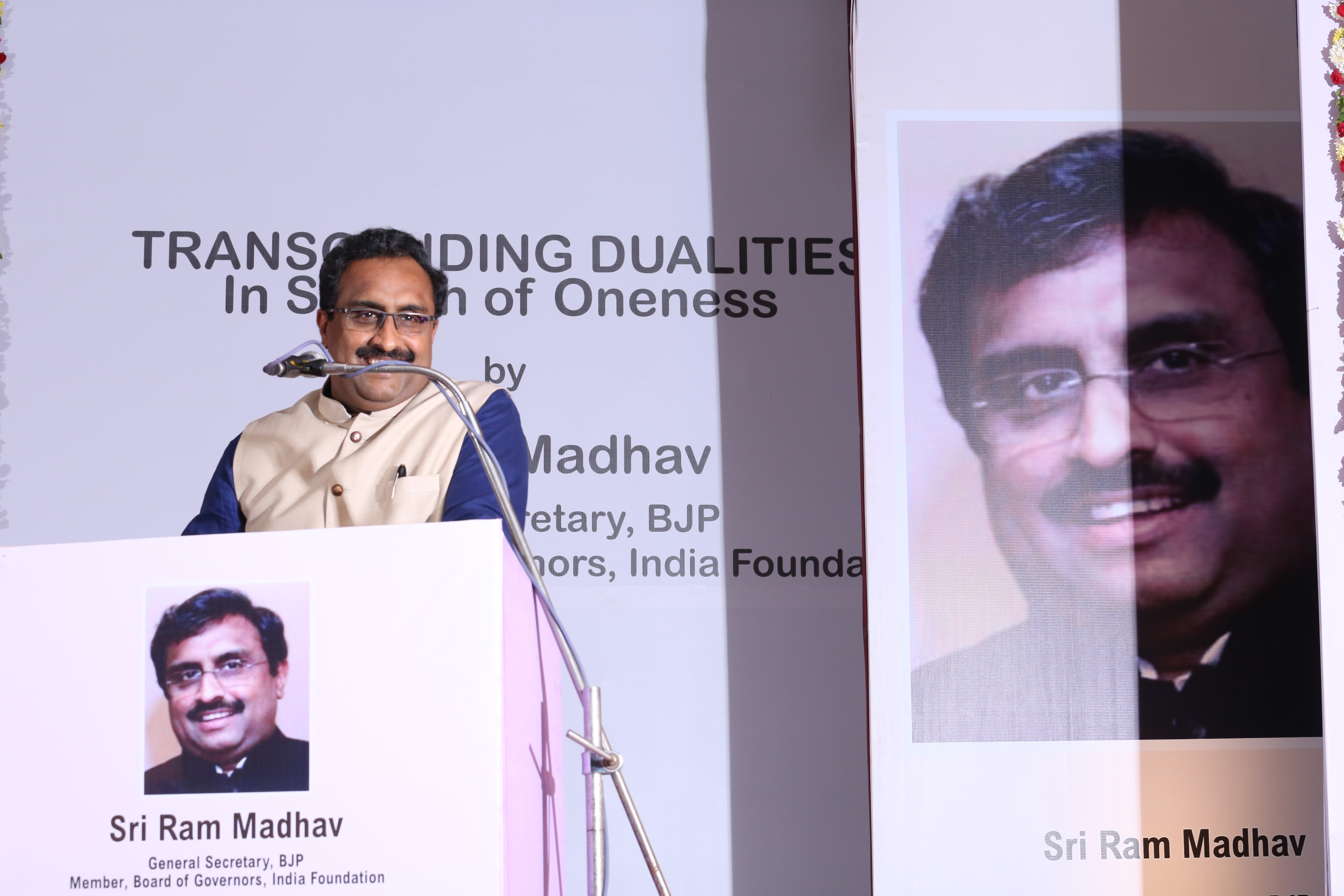 While ancient civilizations such as the Greek, Roman and Persian ones have disappeared, the Hindu Dharma survived the onslaught of other Semitic religions and flourishes for thousands of years due to the innate nature of oneness among the people and focus on Dharma.

Ram Madhav mentioned that Prime Minister Modi is a follower of Dayananda Saraswati and accepted him as his Guru. Like Swami, the Prime Minister also focuses on the well being of the country. He works 24×7 for the country. And we should be proud of having such a great leader as the Prime Minister of Bharath. Sri Ram Madhav recollected his association with the Swami and his contribution to the nation building as a Rashtra Rishi. Swathy Rohit delivered a vote of thanks on behalf of the Committee of Hosts. 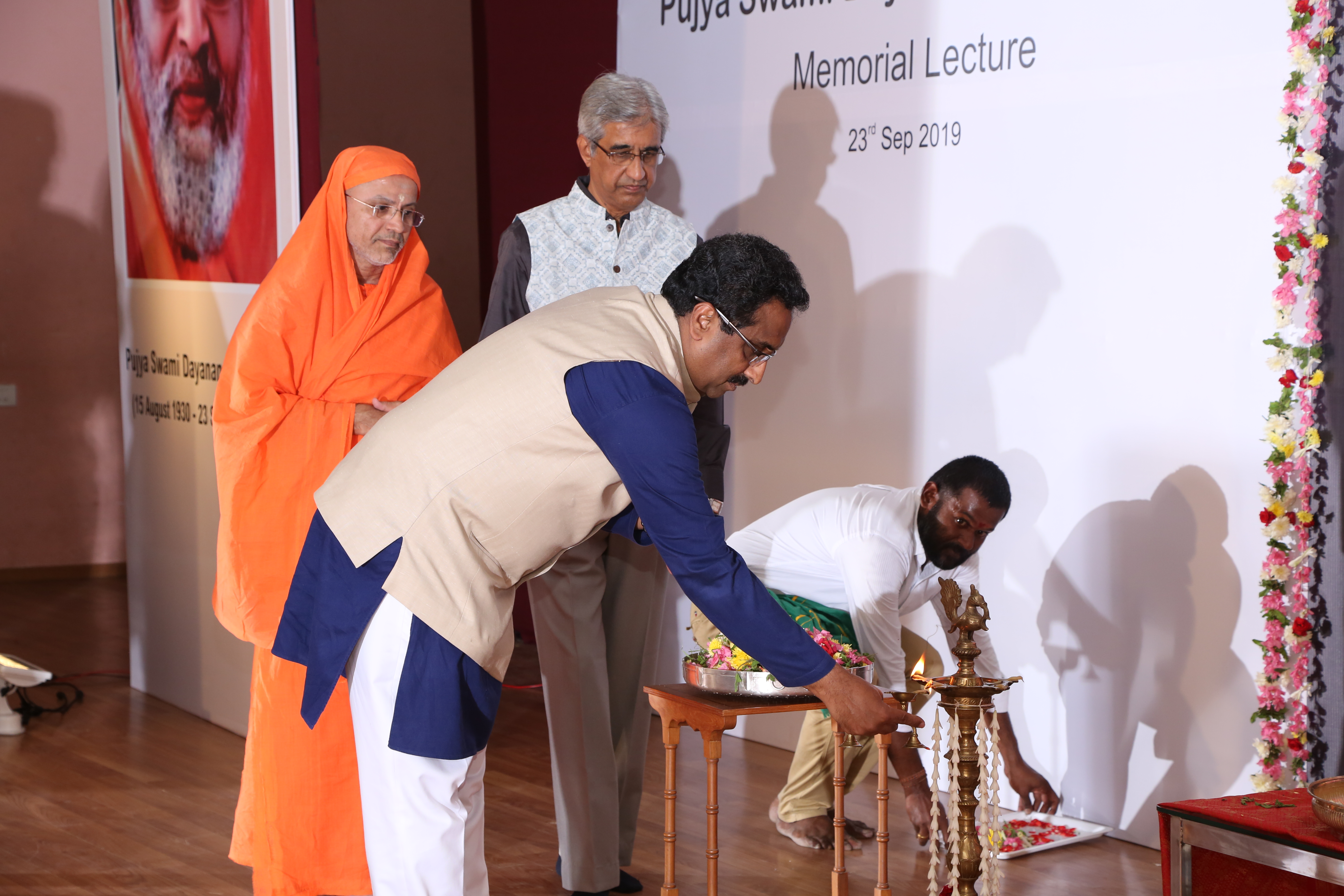 Indic Academy is a non-traditional university for traditional knowledge. It seeks to build a global renaissance based on Indic Civilisational thought by transforming intellectuals and building an ecosystem.

Members of Indic Academy, Coimbatore, including Pramodkumar, Jagannathan, and Shanmugaraj along with the Coimbatore Committee of Hosts made the arrangements for the event hosted at Kikani Vidyamandir School.