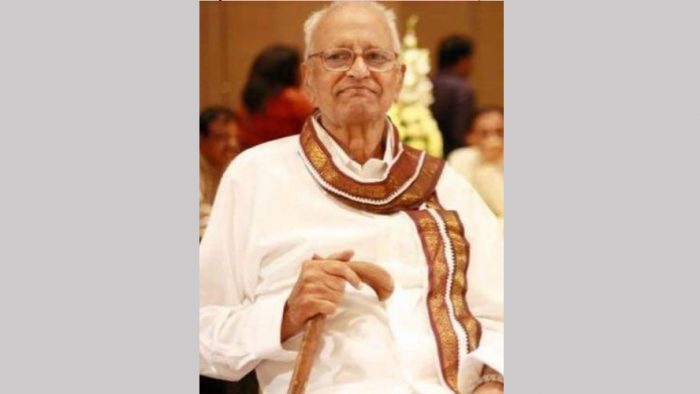 We have recently announced a grant scheme for instituting memorial lectures. As per the said scheme, offspring or direct students of Dharmic-Academics, Authors, Activists and Artists may apply for a grant Rs. 20,000 or 50 % of the cost of the event (whichever is lower) for instituting an annual memorial lecture in the honour of their parent or Guru.

Noticing this announcement, the family of Late Justice P Kodanda Ramayya reached out to us and donated Rs 5 lac in memory of their late father, to be used towards grants for the above memorial scheme. Born in 1926, Justice P Kodanda Ramayya enrolled as an Advocate of High Court of Madras in the year 1952. He was elevated to the Bench of Andhra Pradesh High Court in the year 1982 and held that office till 1988. He is the founder chairman of a publishing trust known as ‘Arsha Vijnana Trust’. He was also the author of “The Message of Mahabharata”. We are deeply grateful to the family for this generous gesture in his memory.

We have began receiving applications and are hopeful that over the next 12 months we will be able to facilitate perpetuating the memory of at least 25 scholars who served our Dharma.

We have also decided to expand the scope of the scheme to include publishing and/or promoting the books written by the scholars or perpetuating the memory of such venerable scholars in other forms.