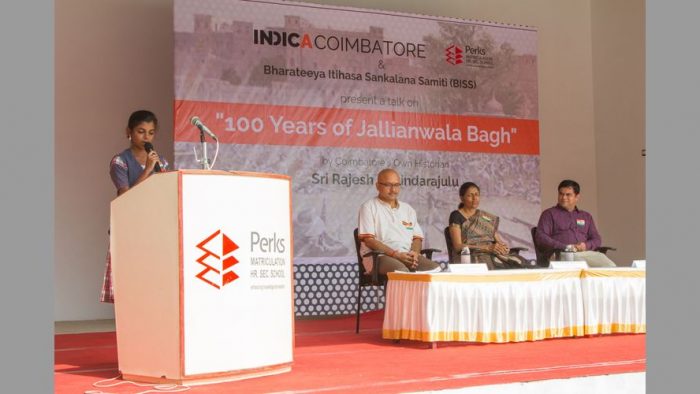 Indic Academy Coimbatore Chapter in association with Bharatiya Itihasa Sankalana Samiti (BISS) organized a talk on Independence Day to commemorate the centenary of Jallianwala Bagh. BISS is planning to conduct a series of talks on this theme in Tamil Nadu over the next few months to and Indica Coimbatore is happy to facilitate this effort.

The speaker Sri Rajesh Govindarajulu is a well-known local historian and history enthusiast. In his talk, Rajesh outlined the significance and impact of the Jallianwala Bagh over India’s freedom struggle. He said that Jallianwala Bagh was a turning point in India’s freedom struggle and event so-called moderates of the Indian National Congress were forced to wake up to the grim consequences of British colonialism in India. 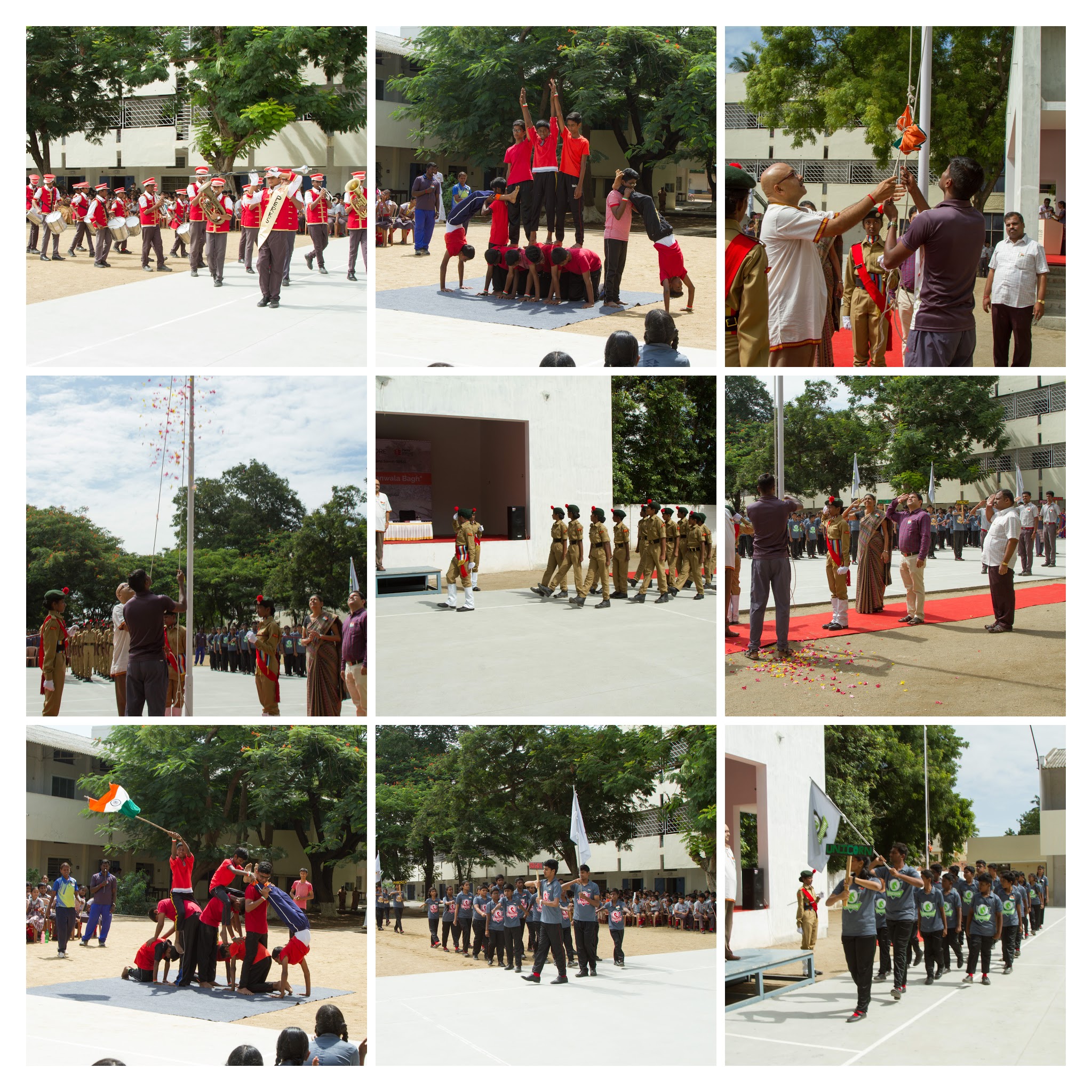 The event was hosted at the Perks Matriculation school. Around 300 students and staff of the school attended the talk along with members of BISS and Indica Coimbatore.