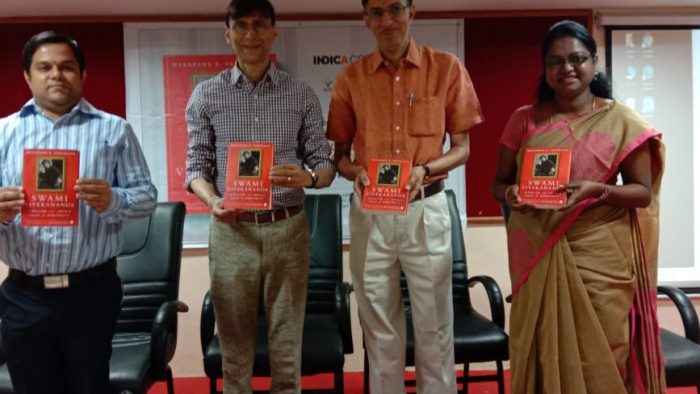 Indica Coimbatore recently organized the launch of Prof. Makarand Paranjape’s book ‘Swami Vivekananda: Hinduism and India’s Road to Modernity‘. The event was hosted by Sri Ramakrishna College of Arts and Science for Women (SRCW), New Siddhapudur on 13th February, 2020 at 10 am.

Makarand R. Paranjape is an Indian author, poet, and humanities professor. He has been the Director of the Indian Institute of Advanced Study, Shimla since August 2018. Prior to that he was a professor at the Jawaharlal Nehru University in New Delhi, India for close to two decades.

He has published over 175 academic papers in various refereed journals; and edited books nationally and internationally. In addition, he is the author of several poems and short stories, over 500 essays, book reviews, and occasional pieces in academic and popular periodicals in India and abroad. He was a columnist in Sunday Observer, Business Standard, The Pioneer, and Life Positive; and currently writes columns for Swarajya, Mail Today, and DNA.

He was twice the chairperson of the Centre for English Studies, JNU, and is a member of the Board of Studies, the Academic Council of JNU, and the Vision Committee of JNU; the Coordinator for UGC Special Assistance Programme, in the Centre for English Studies, JNU from 2003 to 2008; the principal investigator of the Project on Indian Perspectives on Science and Spirituality, from 2006 to 2009.

He was the General Editor of a series of reprints of rare and out of print Indian English titles published by the Sahitya Akademi, New Delhi. He is the Founding Trustee of Samvad India Foundation, a Delhi-based non-profit, public charitable trust, and also the Founding Editor of Evam: Forum on Indian Representations, an international bi-annual, multi-disciplinary journal on India. 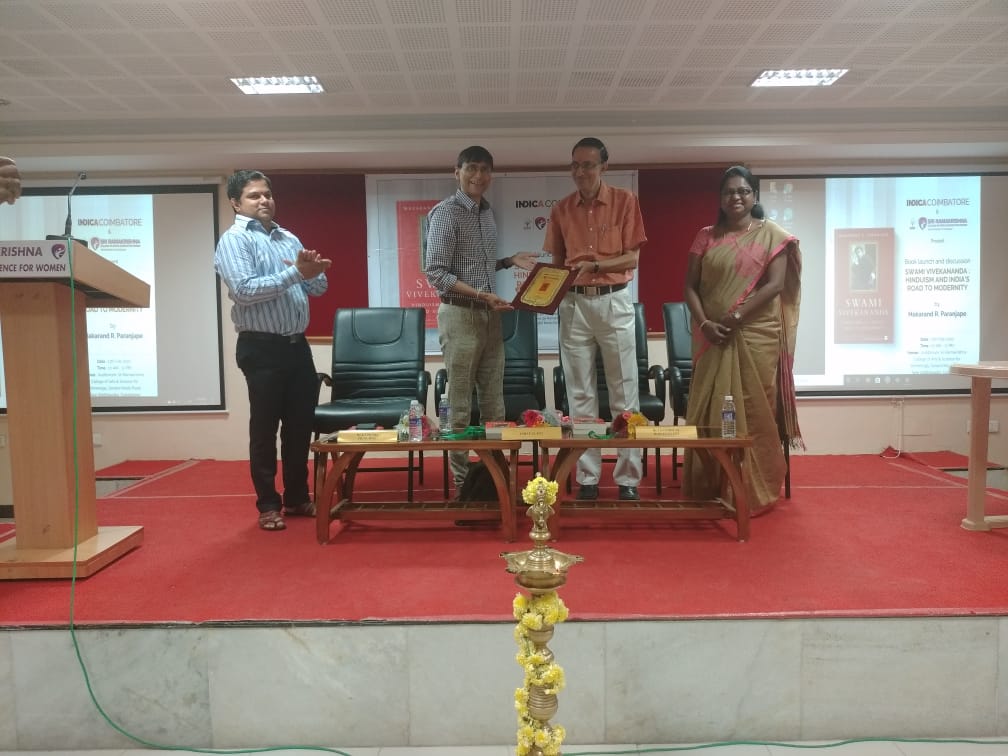 Prof. Paranjape feels that a millennia of foreign invasions and colonial rule, essentially destroyed the spirit of Indian Civilization. We cannot revive what is gone; but we can rebuild it, if we understand what India really stood for. 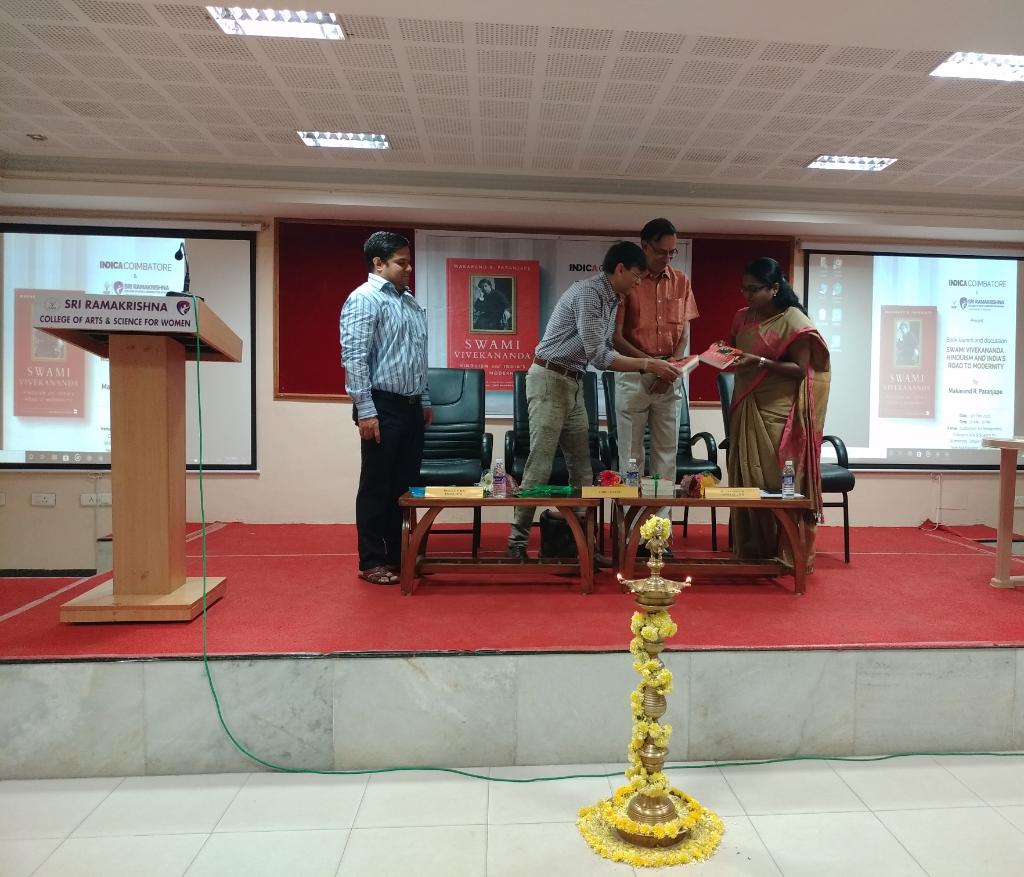 Despite the abundance of literature available on him, Swami Vivekananda is still not understood adequately, remaining somewhat of an enigma. A fresh reading of the life and times of the Swamiji by someone who has studied him closely, Prof Makarand R. Paranjape’s detailed, thought-provoking talk showed, that in Vivekananda’s visionary thoughts lay the seeds of the creation of a modern India.

Dr Anandhi, HoD of the English Department at SRCW welcomed the audience. Dr K Chithra, Principal of SRCW received the first copy of the book.  Mr Krishna Kumar of Akarsh Advertising felicitated the author. Mr Pramod Kumar, Convenor, Indica Coimbatore, delivered the vote of thanks. Around 200 students and staff of SRCW and members of Indica attended the book launch event.