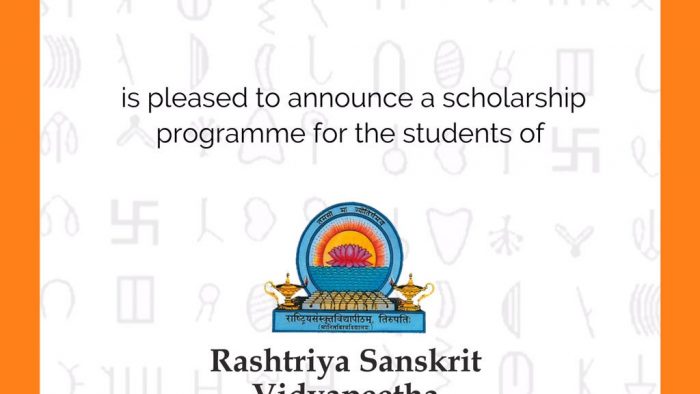 Rashtriya Sanskrit Vidyapeetha is a Deemed University in Tirupati established in 1961 by the Government of India on the recommendations of the Sanskrit Commission (1957) as an autonomous body under the name of Kendriya Sanskrit Vidyapeetha Tirupati Society. Dr. S.Radhakrishnan, the then Vice President of India laid the foundation stone of the vidyapeetha on 4th January 1962. The objective behind setting up the Vidyapeetha was to impart and improve Sanskrit pedagogy, to accelerate the pace of higher Sanskrit learning and to combine the traditional Sanskrit education with modern scientific research.

Considering its achievements and potential for research in Traditional Sastras the University was given the status of Center of Excellence in Traditional Sastras in 1989. It is the only university in the UGC list of “Centers with Potential Excellence in Particular Areas” (CPEPA), and has been recognized as an important centre for study of traditional shastras.
Apart from the various disciplines and research work that the University undertakes, it is also well known for hosting an annual Sanskrit festival called the ‘All India Sanskrit Students Talent Festival’, which is attended by hundreds of students from different Shastras from 37 institutions across the country.