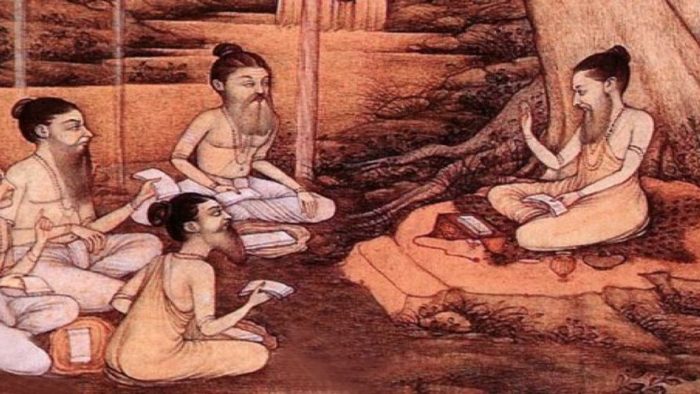 In the year 2016, Indic Academy instituted the Grateful2Gurus Award to recognise and honour the invaluable contributions of authors, activists, academicians and artists of Sanatan Dharma among us today. The award ceremonies were organized across the nation by the Indic Academy chapters.

Vedacharya Dr David Frawley was the first scholar to be honoured with the Grateful2Gurus award. Dr Frawley was conferred with the Padma Bhushan, India’s third-highest civilian honour for his “distinguished service of a higher order to the nation,” his work and writings. He has published over thirty books in twenty languages on Dharma, Yoga, Ayurveda and Vedic Sciences. 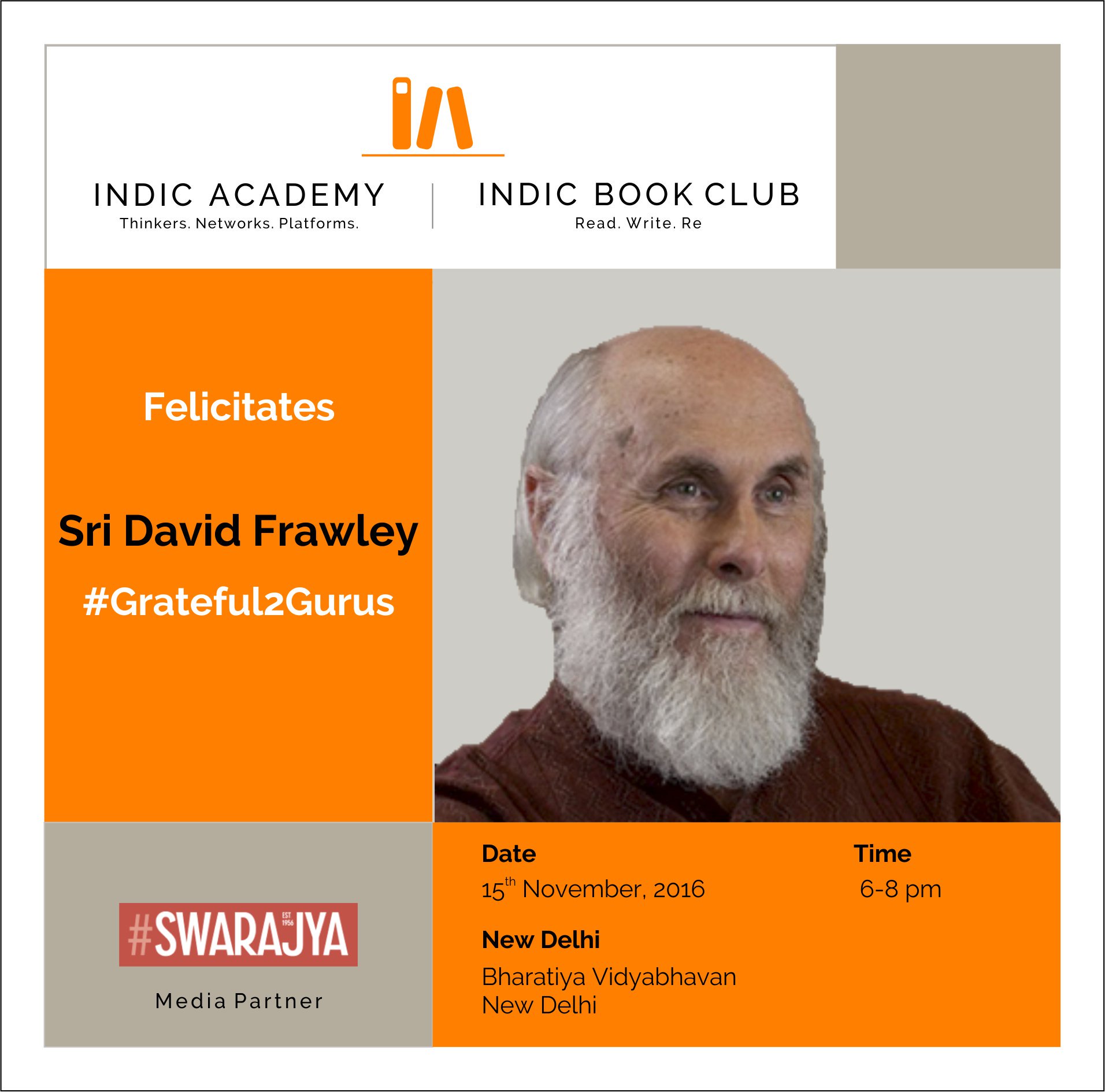 On 3rd December 2016, Shri Shrikant Talageri was bestowed with the Grateful2Gurus award at an event organised by Indica Pune. The ceremony was held at the Bhandarkar Oriental Research Institute at the Law College in Pune. Shri Shrikant Talageri is an eminent scholar and prolific author who has comprehensively researched the Rigvedic, Puranic and Avestan evidence to refute the Aryan Invasion Theory. 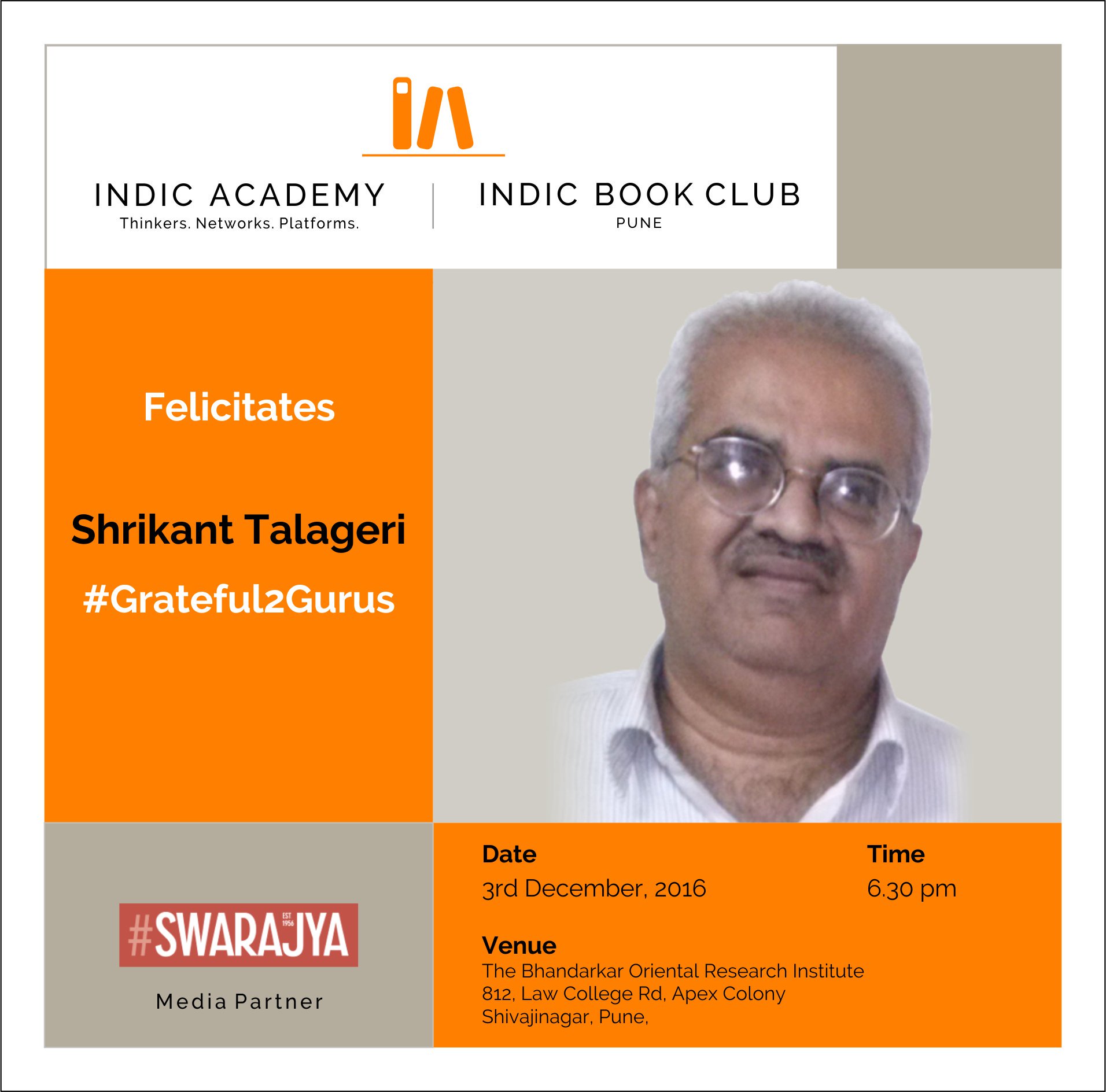 On 15th January 2017, Prof Kapil Kapoor was honoured with the Grateful2Gurus award at a ceremony organised by Indica New Delhi. The event was held at Bharatiya Vidya Bhavan in the capital city. Prof Kapoor is an acclaimed scholar of linguistics & literature and is a prolific author. He is the former Pro-Vice-Chancellor of Jawaharlal Nehru University (JNU) and served as a professor in the Centre for Linguistics and English department, and at the Centre for Sanskrit Studies. 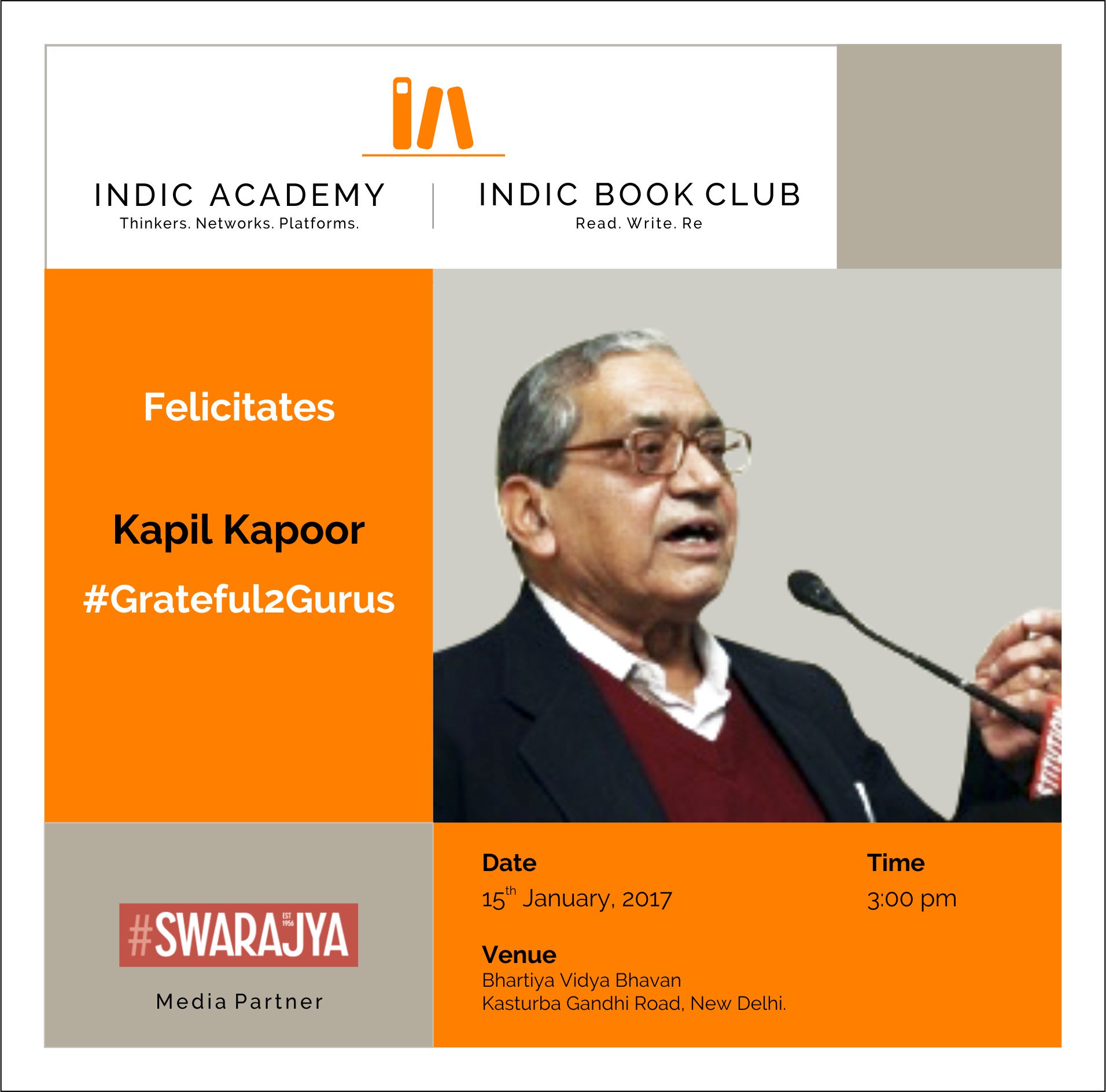 On 28th January 2017, Dr S Kalyanaraman was felicitated at the Grateful2Gurus ceremony organised by Indica Chennai. The event was held at the CPR Convention Centre in Alwarpet, Chennai. Dr S Kalyanaraman is an acclaimed Indologist and director of Saraswathi Research Centre, who has done extensive research on the Harappan Script and Vedic civilization. 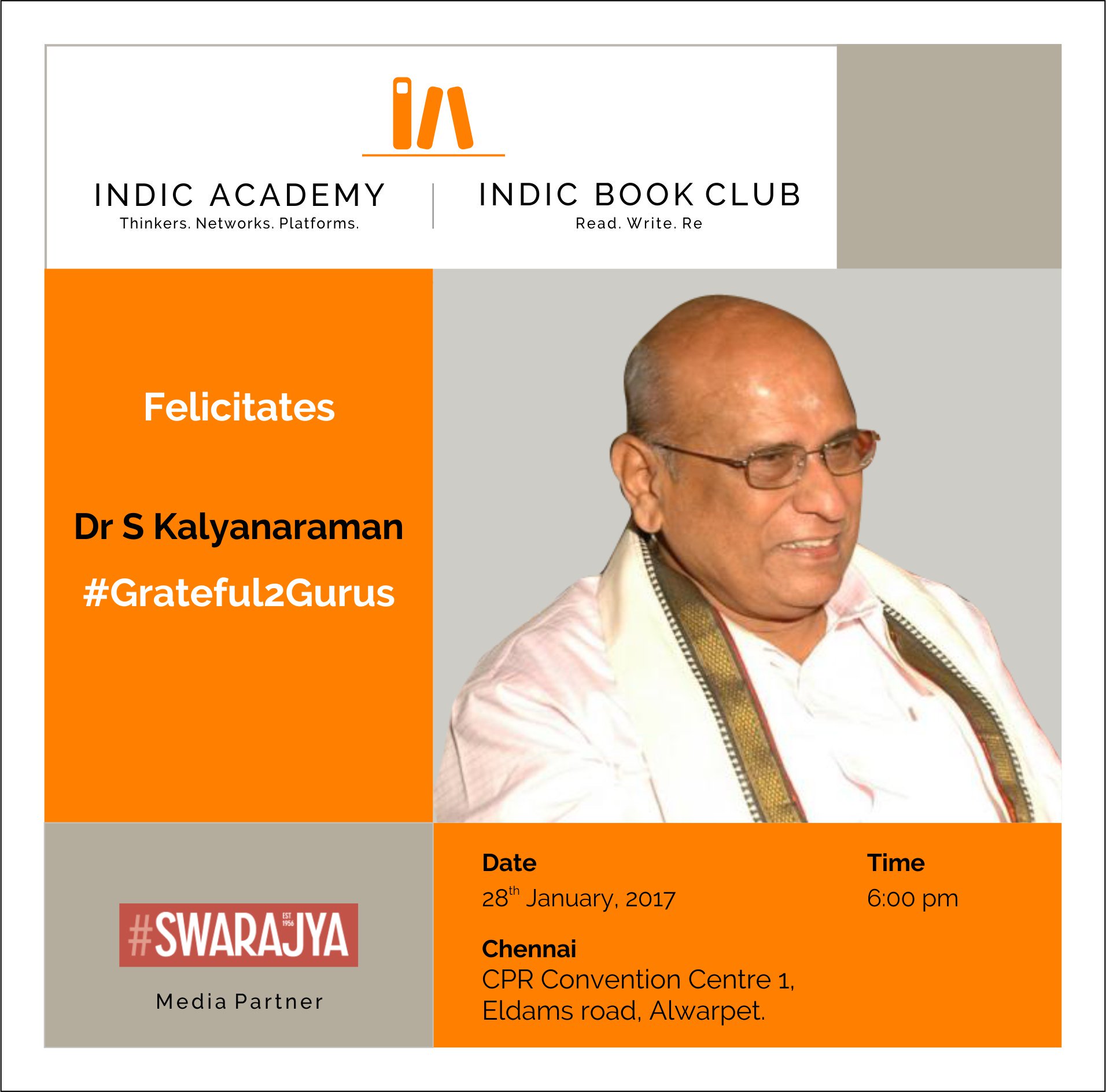 On 19th February 2017, Prof BB Lal was conferred with the Grateful2Gurus award at a ceremony organised by Indica New Delhi at the India International Centre Annexe. Prof BB Lal is one of India’s most illustrious archaeologists who served as the Director-General of the Archeological Survey of India (ASI) and as the Director of India Institute of Advanced Studies, Shimla. He was honoured with the Padma Bhushan, India’s India’s third highest civilian honour for his “distinguished service of a higher order to the nation,” in the year 2000. 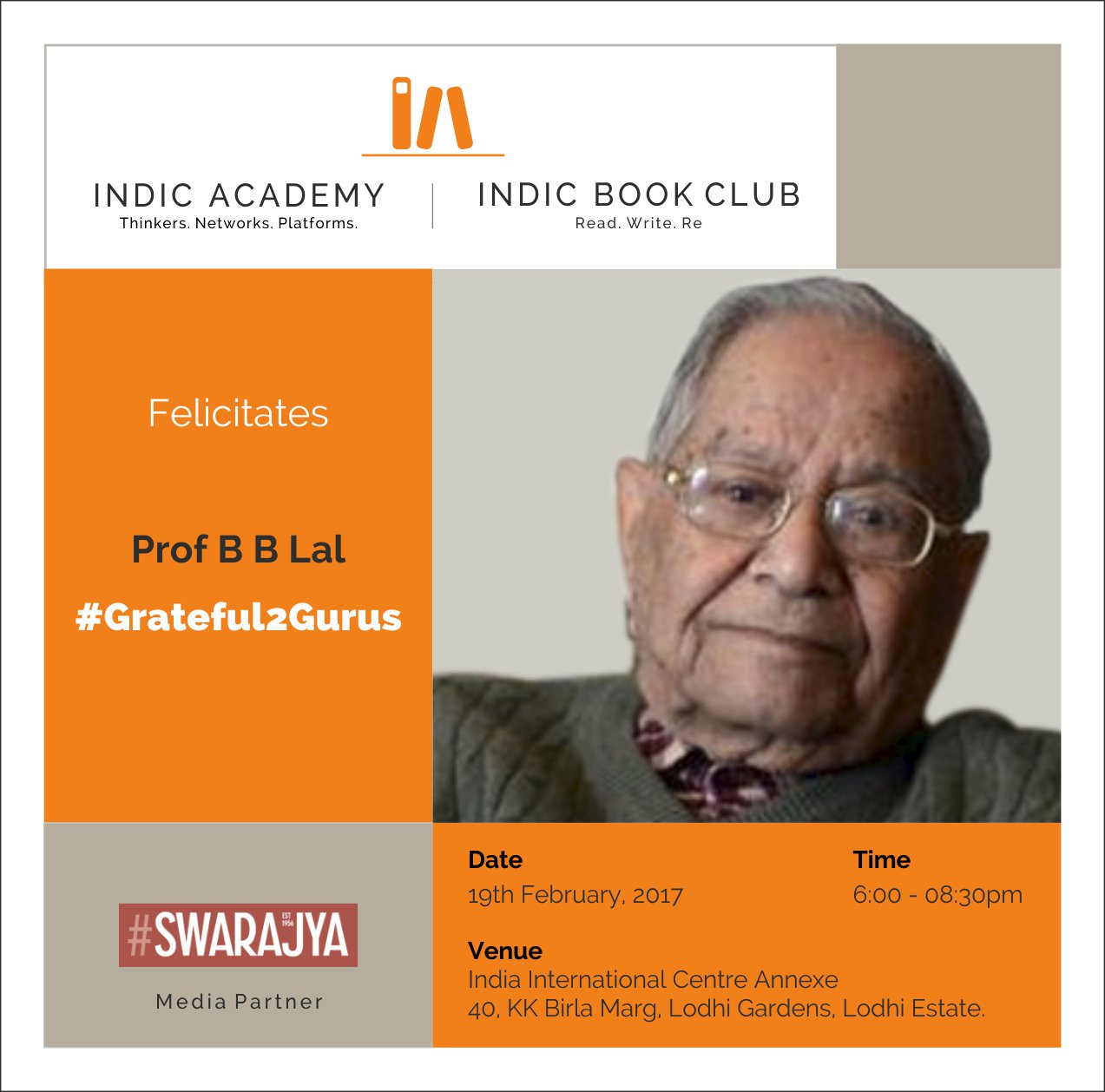