Conference On Yatras – A Call For Papers 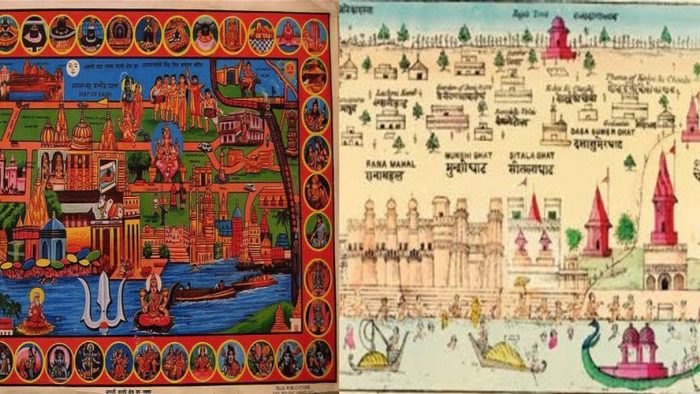 There are many ways of knowing India. Unraveling her layers through Yatra has been the most primordial way of getting closer to her core. The idea of Bharat is understanding a unique culture that celebrates diversity. While the philosophy and symbolism are the same, the practices and expressions are extremely varied and ever changing.

Indica Yatra’s conference on YATRA will focus on how India has been explored in the past, while also looking at new trends in travel and tourism. Taking our cue from the past, we invite scholars to present the Indic traditions of Yatra as spelt out in our scriptures and literature to build a repository of valuable Yatras – both the lost and the thriving. With a renewed understanding, we want to take inspiration from these traditions to design Experiential Tourism products and services for contemporary travelers. We invite Storytellers of all hues – travel agents, tour operators, curators, guides, digital platforms and event management companies – to share with us their success stories as well as ideas for developing India’s Experiential Tourism.

Call for papers from Scholars

Given below are some of the indicative themes on which we are inviting papers :
In the Indic tradition, Yatras were undertaken to propitiate the Gods in two major forms:

Ancient, medieval and premodern scriptures and literature in Sanskrit, Tamil and other Indian languages cover these aspects of Yatra in the form of narrative representation in the form of sthalapuraNas (legends of sacred places known for the sacral power of a water body or a landform such as a cave, hill or a temple) or even the descriptions of imaginary aerial tour of places and landscapes. For instance, the Mahabharata has the narrative description of a tour of penance by Arjuna.

We invite papers on these and other similar Indic ideas of Yatras as reflected in our scriptures and literature.

The Sthala puraaNas are repositories of culture, providing an overarching philosophy with roots in local traditions. Sthala puranas are an important genre of pre-modern Sanskrit and other Indian literature. A large number of sthala puranas have been included as part of maha (major) puranas and upa (minor) puranas; among them Skanda Purana has the biggest collection of such narratives. A number of the sthala puranas were in the form of oral literature.

We invite research papers with literary, critical, historical, anthropological and other analytical studies of sthala puranas with a specific focus on the relation between these narratives and the Indic Yatra traditions.

Also connected to Yatra are Sandesha Kaavyas or Doota Kaavyas, in Sanskrit and other Indian languages literature. The origin, inspiration and prototype of this genre is Kalidasa’s brilliant poem Megha Sandesham, also known as Megha Dootam. Under the guise of a romantic narrative of a cursed Yaksha in northern India sending a message to his beloved in Southern India through a cloud, the poem has a description of an imaginary aerial tour from north to south described as a guide provided to the messenger, here the cloud. A number of Doota Kaavyas were composed in this model in Sanskrit and other Indian languages, each covering a different aerial route.

The motivations and background for these fanciful aerial travel imaginations in our literature makes a very good topic for not just a literary but even a historical and cultural enquiry. We invite research papers on this topic.

India has attracted foreign tourists since ancient times as attested in the writings of Megasthenes, Marco Palo, Faxian, Abu Abdullah/lbn Batuta, Nicolo de Conti, Abdur Razzaq etc. Indica of Megasthenes is reconstructed from later Greek works. Marco Polo’s ‘Book of the Marvels of the World’ and Faxian’s ‘Record of Buddhistic Kingdoms’ are considered valuable historical documents. Very little work has been done looking at these works from the point of view of ancient foreign tourism in India. Viewing these and other foreign texts to understand the motivation, modes and patterns of foreign tourism in ancient India may yield new insights on how India can continue to attract the world to herself.

Meticulously written travelogues were a part of many a foreigner’s visit to India. While European travelogues on modern India are interesting in themselves, travelogues written in various Indian languages inspired by European travelogues form an important area of research from a literary, critical, historical and anthropological perspective. In the early stages of transition from a traditional to a modern society, Teertha Yatras began to get documented. Emotional poetic expressions of a travel experience made the authors resort to classical modes of expression but in a modern style. Women travelogue writers emerged. Traditional response to new modes of transport were documented.

We invite scholars to present papers on this genre of Indian literature from different Indian languages.

The above themes are only indicative. We invite academic papers on these and many other such tour and travel related topics in the premodern literary works in Sanskrit and other Indian languages.

Call for presentations from Storytellers

Over the last few years travellers have begun to seek authentic, immersive and transformative experiences by engaging with the history, people, culture, food and environment of the countries they visit in a more meaningful and engaging manner. This has given rise to a new genre ‘Experiential Tourism’ (ET). ET is now recognised as the fastest growing segment within the global travel industry. Our conference will focus on tapping the potential of Experiential Tourism in India. By delving into our past, a thriving future based on tourism is envisioned.

We are inviting presentations from Storytellers that seek to develop new ideas, services and experiences based on our heritage. These could be either case studies or presentation of an idea that can be developed as a viable tourism product.

Some specific areas where we are looking for presentations are:

We invite presentations on pilot/start up projects that have opened up new markets, destinations or segment of tourists. Ideas that have worked or have the potential to transform how people travel are welcome.

Curated travel based on the trails of great personalities like Guru Nanak, Swami Vivekananda, Mira Bai or Adi Shankaracharya help to throw light on the spread of philosophies, tenets and ideas across time and regions.

Experiential tourism covers not just tangible history and culture but also food, craft, environment and wellness. In a world where most experiences are artificially curated, many travellers yearn for experiences which are indegenious and authentic.

How can we create broader experiences that include the above areas? What are the untapped opportunities that are waiting to be explored? What are the potential destinations or circuits that can bring a whole new set of tourists to India? How do we reach out to countries that do not have India at the top of their wish list? How we can highlight the lesser known destinations in India? We invite presentations addressing the above questions.

Experiential Tourism requires new skill sets and knowledge base. People who are deeply passionate about our history and heritage need to be identified, trained and encouraged to embark upon careers as curators. Aggregator platforms need to be established enabling smaller enterprises, operators and individuals to offer their services. A start up ecosystem needs to be nurtured such that more jobs and enterprises centered around Experiential Tourism are created. This requires interventions at the policy level as well as through private participation and enterprise.

We invite presentations addressing the above issue.

Please mark if you are submitting as a scholar or storyteller and write to us at yatra@indica.org.in . You can also reach out to us for any form of collaboration in organising and promoting this event.