Conference on Hindu Traditions on Sex, Gender and Sexuality 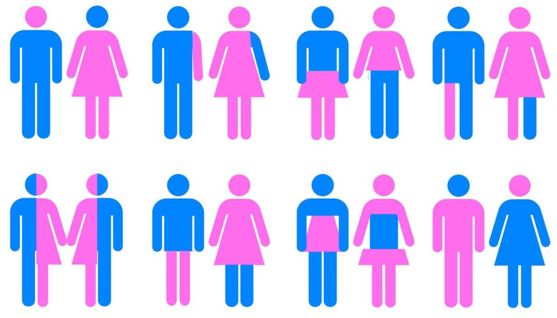 On a quintessential Delhi February morning, with the winds blowing and the glowing winter sun, which have a beauty that is both uplifting and comforting, I was privileged to attend a Conference on Hindu Traditions on Sex, Gender and Sexuality at the Indira Gandhi National Centre for the Arts, Janpath. I am grateful to Indic Academy for organising this one of a kind conferences on something that should be addressed thoroughly in the society, not just behind closed doors, but is shunned due to a plethora of reasons.

The conference began with a soulful recital of the Narayana Upanishad which set just the right tone for the event. Sex, Gender and Sexuality are terms that play a notable role in our everyday life and experiences but are stigmatised even in 21st century India. Indian society has transformed drastically with every invasion. Not only our wealth and rich architecture were plundered and ruined, but our very culture and moral character were destroyed. We lost the basic essence of freedom. Sex and sexuality had an entirely different meaning around thousand years ago which can be seen from our temples and their sculptures. India was an open-minded compassionate society, who accepted and nurtured anyone who fell in her arms.

‘Vasudhaiva Kutumbakam‘, meaning the world is one family, is not just a branch of philosophy for us but was an understanding instilled in the common Indian folk. Most things that are being held in the popular narrative against the Hindu Indic society today, concerning its behaviour towards women, have only come in the last 1000 years, be it Sati Pratha or Parda Pratha.

In the recent past, with the advent of the modern education system, we have lost the modernity we possessed years back. The system present today is highly orthodox, backward and traditional. The one we lost was more progressive, forward-thinking and advanced than the one we inherited from the west.

Even in a contemporary urban city apartment, which has all social taboos woven around them, a healthy discussion on sanitary napkins and mensuration is not encouraged. Many boys grow up clueless about them, except for the little they are taught in schools. But, as we go down south, villagers hold a grand celebration honouring the first period of the girl as she enters the next stage in her life, respecting her womanhood. The significance of this practice moved me. The villages whom we consider as backward and regressive, seem to be more modern than our liberal educated city folks.

Unfortunately, in our quest to disdain everything Indian, and recklessly aping the west, we have let go of these. This pushed me to question, where we have lacked. If an epic like Mahabharata could have stories including the third gender, what made our society forget this ethos? What they have been practicing over the years, without any references of modernity, is now being taught to us as western learning. The knowledge that Hindus possessed and applied in real life, is now being claimed by other beliefs as gender rights. Misconceptions forging the Hindu society have to be removed.

The genetic science behind different sexes has to be brought to the masses. Modern genetics, acknowledges a spectrum of conditions with differences in sex development including intersex between the standard binary male and female sex. A large number of genes and their complex interactions with each other play a critical role in sex determination.

Chromosomal presentation of XX or XY is only one aspect of biological sex, and we currently know close to hundred genes that can regulate sexual development, irrespective of the chromosomal component. Genetic work up at the level of gene sequencing goes a long way in management of cases presenting differences in sex development. The binary vision of sex should not be the accepted norm.

Gender Rights activism, sadly, is usually demonstrated in the form of destructive protests without much constructive work on the ground. The ‘inter-sectionality’ has to be the Hindu Dharma, which is not an organised religion and is devoid of any rigid structures, instead of other foreign ideologies. The activism led by majority NGO’s, which developed only in the ’90s is idealistic but puts a veil on reality.

The Hindu way of life, in the past, had endured the non-binary. We do not need to destroy religion to liberate the LGBTQI+. The main suffering of the Queer community in India is due to the ‘safe-face’ honour, which is more sociological than religious. The question that arises in every everyone’s mind, ‘Will they accept me?’, i.e. confrontation.

In India, God is referred not only with a masculine notion. Many diverse identities are recognized in the shastras. But, with time, we have become even more conservative than the Victorians who left us. We are victims of ignorance. We want our culture to be progressive without carrying are own values with us. Gender and sexuality have to be questioned from our Indic lens, not Islamic or Christian. The strict belief in absolutism is incorrect.

We Indians have the privilege of our ancient civilization. The current social demands to recognize different variations shouldn’t prove to be a much of an obstacle for an average open Indian mind given our glorious past.

(Editor’s Note: Some part of this article has been edited, as it was leading to confusion. The text which assumed knowledge of advanced biology and genetics, is now replaced with something simpler to understand.) 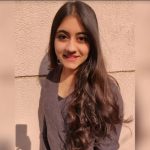 A student of law, who is also a politics, theology and philosophy enthusiast.