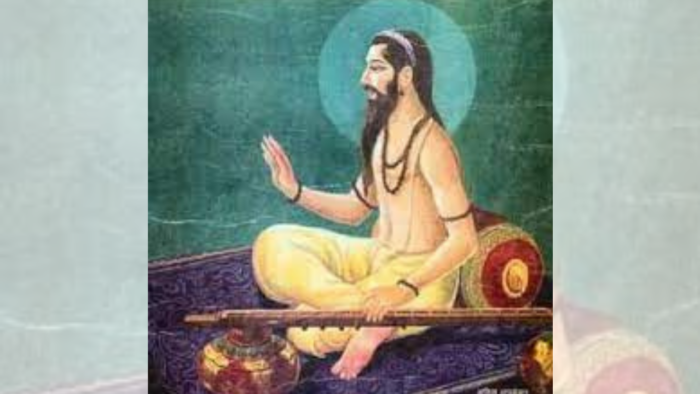 Indic Academy is pleased to announce a call for papers for its first conference on the theory and practice aspects of Hindu Aesthetics to be held on July 30th and 31st, 2021.

Hindu Aesthetics are the distinct ideas of viewing, creation, reception and appreciation of beauty in the worldview regarding nature, cosmos, fine and useful arts, lifestyle and culture rooted in Hindu cultural complex which includes Vedic, folk and forest-dweller components.

Hindu Aesthetics is  clearly, elaborately and rigorously  articulated in the Shaastras and can be classified as

Texts in various regional languages of India too have all the above categories with both Desi and Maarga (Shaastra based) aspects articulated in them.

Vaidika (pre-classical), Maarga(classical) and Desi (local) strands of fine and useful arts, lifestyle and culture are the practice-aspects of Hindu Aesthetics.

The theoretical texts and these practices have a continuous and mutual cyclical relationship in the form of  lakshya (example) to lakshaNa (theorization) back to lakshya. ‘Lakshana-execution’  leads to standardization of lakshyas. ‘Lakshana-breaking’ innovative and creative endeavours lead to advancing practice.

Shastras also have the tools for art criticism, analysing responses from the audiences and developing the common audience into informed connoisseurs.

While Hinduism has the most comprehensive body of knowledge in the field of Aesthetics, the study of this field by scholars both Indian and Western has overlooked many vital aspects (including the avoidance of the word Hindu) of this comprehensiveness.

While on one hand Shaastras dealing with Aesthetics and the ideas embedded in them are discussed under the heads “Indian Aesthetics”  or “Aesthetics in Sanskrit texts” and not as “Hindu Aesthetics’, the focus within these discussions remains centred around the Alankara Shaastra, terming it in fact as “Indian Poetics” or “Sanskrit Poetics’’.

Scholars studying texts like Natya Shaastra for the purpose of studying “Indian Poetics” are aware that it goes beyond the literary aspects and covers performing arts in general, dealing with topics that in contemporary parlance are termed as “Science of Dance”,“Dramaturgy”,  “Science of Theatre”, “ Musicology” etc and yet their deliberations leads to the impression of what they call ‘Indian Aesthetics’ or ‘Sanskrit Aesthetics’ is limited to ‘Indian Poetics’ or ‘Sanskrit Poetics’ outlining a very narrow scope for the study of Hindu Aesthetics.

A Common Hindu Theory of Aesthetics

Even though the connections between sciences of art and Vedic philosophy have been studied exhaustively, scholars are yet to grasp the common theory of art, creativity, beauty and enjoyment embedded in the Vedic philosophy that has in turn found its expression in different sciences of art. For example, while the application of Sphota in the theories of Dhvani of Anandavardhana and Abhivyaktivaada applied to poetry and dance by Abhinava Gupta has been widely studied, Vyakrana Darshana based theory of Aesthetics of all the arts is not yet fully understood. This has led to scholars like Sheldon Pollock concluding that there is no common Hindu theory of Aesthetics.

Though scholars have used concepts like ‘Social Aesthetic’,‘theological foundations of Abhinavagupta’s aalankaarika ideas’ and though connections between aesthetic ideas such as Rasaananda and Vedantic ideas such as Brahmaananda have been well understood, scholars continue with the terminology such as “Indian Aesthetics” and “Sanskrit Aesthetics” avoiding terms such as ‘Hindu Aesthetics’ or even Vedic Aesthetics.

Interestingly, the qualifying word ‘Hindu’ is freely used while describing Shaastras like Murti Nirmana Shaastra which is part of Sthapatya Shaastra with words like ‘Hindu Iconography’, as it is viewed only as a compilation of how-to instructions dealing with the ‘religious’ requirements of ‘idol’-sculpting. However taking such a simplistic view has resulted in the overlooking of the  aesthetic and theoretical significance of this knowledge system.

Similarly, the instructional aspects of the Devalaya Vaastu texts is known as ‘Hindu Temple Architecture’ in turn side-lining the aesthetic aspects of this elaborate and intricate knowledge system.

Hinduness of Music and Dance Aesthetics

On the practice side, though the role of instruments like Nadaswaram, Tavil, Dhol etc in the Hindu rituals is very well known, aesthetics of such genres of Indian classical music are not categorized as Hindu Musical Aesthetics.

Most importantly, the Vedas themselves in which everything Hindu is understood to be deeply rooted, are well known for their aesthetic-centric quality. For example, the most important quality of the Vedas that prompted the European scholars to characterize them as poetry, the most ancient ‘romantic’ poetry about Nature at that, is the aesthetics of and aesthetic response to Nature contained in them. It is this aesthetics of Nature that is involved in discovering  the divya or adhidaiva aspects of the bhuuta or adhibhuuta,the natural aspects of Nature.This is what makes the ‘religion’ of the Vedas aesthetics-centred. But the present understanding in academic studies of what they call Indian Aesthetics is just the other way round. Here,Vedic aesthetics is caricatured as ‘religion’-centric while what they understand as Vedic ‘religion’ is actually aesthetics of Nature or cosmos.

Intense and dedicated efforts to preserve the sound of recitation of the Vedas as exactly as the original yielded Vedangas like Chandas that deal with one of the aesthetic aspects of the Vedas , namely the meter or the prosody. Nirukta , another Vedanga, incorporated aesthetics of semantics by analysing multiple levels of meaning of the same expression. Brahmanas and Aranyakas reflected the aesthetic interpretation of the Vedas by declaring that the Devas who are the aesthetically identified aspects of Nature, like indirect description of them and hate to be described directly. A separate division of Veda called Sama Veda incorporating musical rendering of the hymns, evolved and was an essential part needed for the effectiveness of the Vedic rituals like Yajnas. The descriptions of the materials of Yajna, fire that is central to the Yajna, speech expressions used in the Yajna, the materials that are consumed by the performers as part of the Yajna reflect an aesthetic perception of everyone of those elements of Yajna.

Rishis as Artists and Tapas as an Aesthetic

Even a loukika kavi or a general poet for the Hindu tradition should be like a Rishi. It is said, ‘one who is not a Rishi can not compose a poem’. So Rishi is a kavi, a poet, an aesthetic composer of speech art. Brahmarshi is of the highest degree in that aesthetic perception of things.

The experience of the Brahmarshis that is reflected in such an aesthetic-centric or aesthetic-intense expression in the form of Veda mantras is called Tapas, helping us realize that Tapas is in fact an aesthetic activity. Tapas is viewed as an inward experience and as a kind of deep degree of meditation, in other words an inner world activity of aesthetics.

It is such aesthetic centric nature of the Vedic roots of Hinduism that make every Hindu art, be it poetry, music, dance, sculptures, architecture, painting etc. to  involve a deep degree of meditation, a tapas. Artists are rishis, rishis are artists in this view. Rishi activity is a bhaavuka, emotional, romantic, aesthetic activity like that of artists and artist’s activity is like that of rishi.

Hinduism ‘s Aesthetics of Nature and Cosmos in Puranas

There is a continuity of approach to the aesthetic view of Nature or cosmos  from Vedas to Puranas. Nature or cosmos is viewed as the sculpture or architecture of the cosmic sculptor Tvashta or cosmic architect Viswakarma in the Vedas who continue into Puranas as deities. In Puranas, there is also a cosmic weaver Devala, equivalent to this cosmic sculptor. Puranas have a view of nature or cosmos as the aangika, (bodily), vaachika (verbal), aahaaryaka (costume-wise)  and saattvika (emotional/ecstatic) aspects of a cosmic dancer. Such figures from Puranas reflecting the artistic view of the beauty of Nature or cosmos are considered by the Hindu artists as the originators of and the models to emulate in their respective arts.

Hindu artists and their Hindu connoisseurs consider Hindu arts as the means to achieve all the four purposes of life of Hindu eschatology, namely, Dharma (order or ethics), Artha (wealth and power) Kama (pleasure including sexual pleasure) and Moksha (liberation from death and sorrow or attainment of bliss or absolute happiness).

For Tyagaraja, one of the celebrated musicians of classical Carnatic music,singing is a path of Yoga and a path to liberation. All Puranic deities like Rama and Shiva who are considered the divine forms of Brahman are music-bodied. Music is a kind of neurologically transforming yoga and one that helps in getting the direct experience of oneness of the singer with that music bodied cosmic essence. He articulates this concept of aesthetics in his lyrics.

“Rasa is He”, the pinnacle of Hindu Aesthetics of everything.

Aesthetic view of Nature or cosmos in the Vedas reaches its pinnacle in Taittiriyopanishad , where Brahman, the ultimate essence of the cosmos at the individual level as well as the level of the universe are said to be just the bliss or the absolute happiness. This is articulated as “Rasa is He”. (The word Rasa originates from the juice of Soma). It is this Rasa that later developed into a key concept of Hindu Aesthetics through Natya Shaastra.

There are also theories of Rasas of Bhakti and Shanta which are liberation-related Rasas in narrative poetry and performing arts equating them with Brahmaananda, the absolute bliss that is the ultimate essence of the cosmos.

Development of science led to a schism between the exploration of Nature by science and ‘religion’ on the one hand and by science and art on the other during the origin of modernity and modern academics in Europe. This led to the ideas ‘religion’ and art being unscientific and evaluation of a superior attitude of science towards the other two fields.

Hinduism from the very beginning grew through the dissolution of differences between the three.The Vedas, the root of Hinduism are the expressions of experiencing materials and energies of the materials in Nature that is also the subject matter of science through aesthetically sacral and sacrally aesthetic exploration.That is the reason, aesthetic and art disciplines and philosophies inquiring into the truth of Nature and the cosmos that fall under Humanities in contemporary academics, did not become non-sciences in Hindu tradition. These disciplines developed into computationably or modellably exact sciences of arts and self-liberating exact sciences connecting the inner and outer worlds in the Hindu tradition

It is this framework that can be a contribution to contemporary Humanities from Hindu Aesthetics.

Scholars are encouraged to explore the topic from various dimensions and the sub themes of the Conference will eventually be decided based on the responses to this call.

Please send the abstracts to namaste@indica.org.in with subject field clearly mentioning “Abstract for Conference on Hindu Aesthetics” by 30th June.

The Conference will be curated by Sri Nagaraj Paturi, Senior Director Indic Academy.

This conference is dedicated to the immeasurable contribution of Abhinava Gupta to the field of aesthetics through his works.