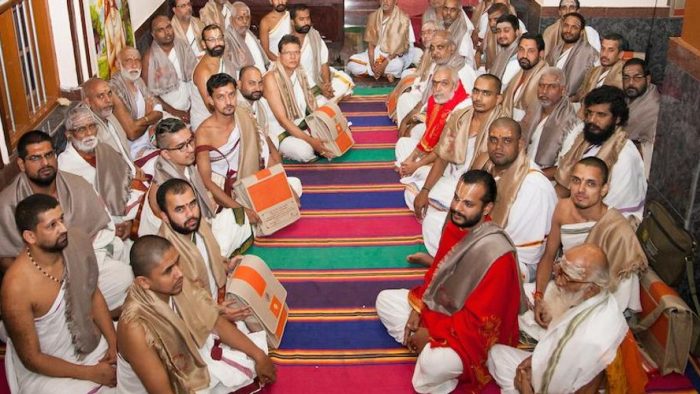 Indic Academy, in partnership with the Sri Chakra Mahameru Peetham, is pleased to bring to the public the Chaturmasya Vidwat Sadas at Chennai. 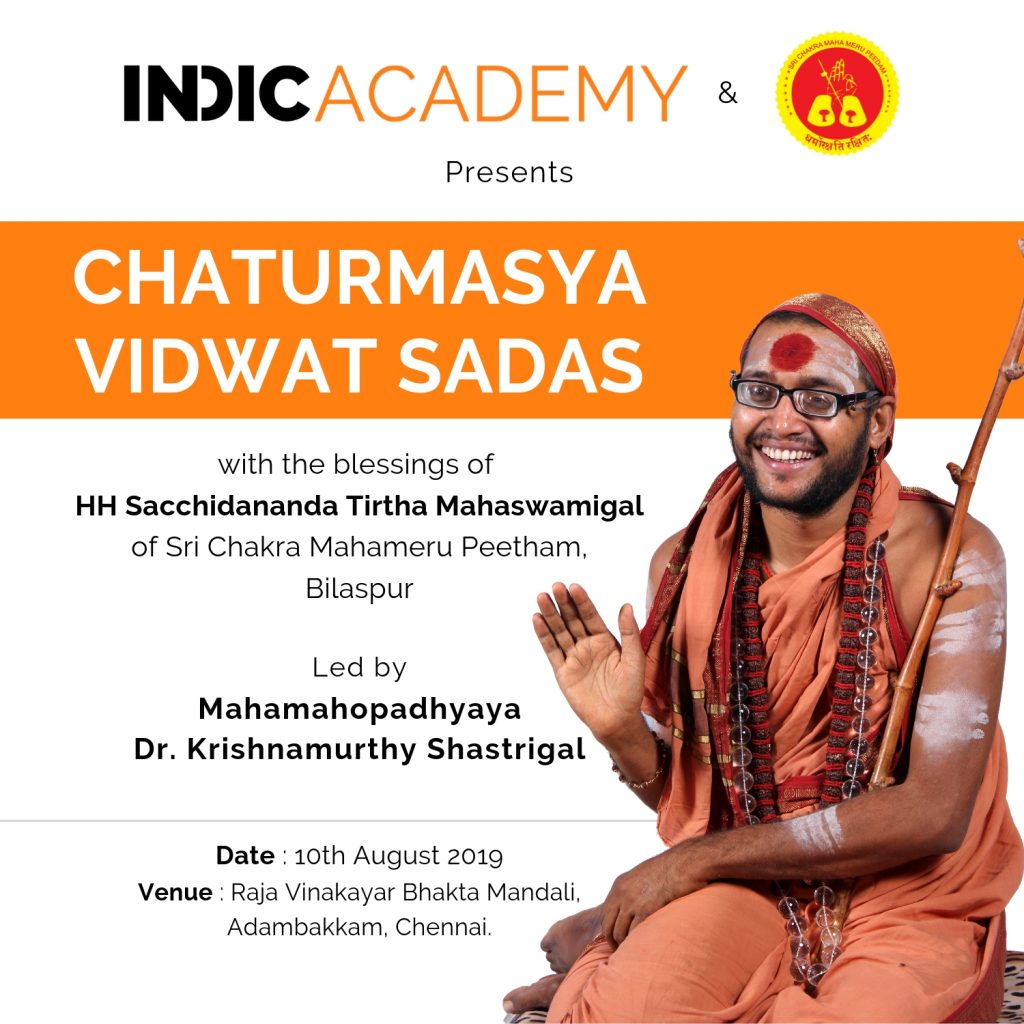 One of such programs is a Vidwat Sadas. Sadas is a formal assembly of scholars. This year, the Vidwat Sadas is convened and headed by Mahamopadhayaya Dr Krishnamurthy Shastrigal.

The format is where specific propositions about an aspect of the topic under discussion are made by proposing scholars. Arguments for the proposition and counter against all the possible objections to the arguments are also presented. A rigorously methodological and critical questioning of the validity of the same as per that shastra is done by the remaining members. The Sadas is divided into two sessions – one in the forenoon and the other in the afternoon. Each participating scholar is given the opportunity to present at least one proposition during the course of the Sadas.

Indic Academy has provided a grant for the purpose of honoring the scholars as well as covering their travel costs.